The Ford Motor Company's River Rouge Plant is a sprawling industrial complex that holds a special place in automotive history. It took over a decade to build, from 1917 to 1928, and became the world's largest factory space for the time. At its height, the complex consisted of around 2,000 acres with 100,000 employees that put out around 4,000 cars per day. Henry Ford's grand vision for the plant was to control all of the resources necessary for the auto-making process from start to finish all on one site. The plant and its operations would change dramatically over the years with the changing auto industry. Operations were almost completely shut down in the 1990s, but it has experienced a resurgence and Ford cars are still made on site. 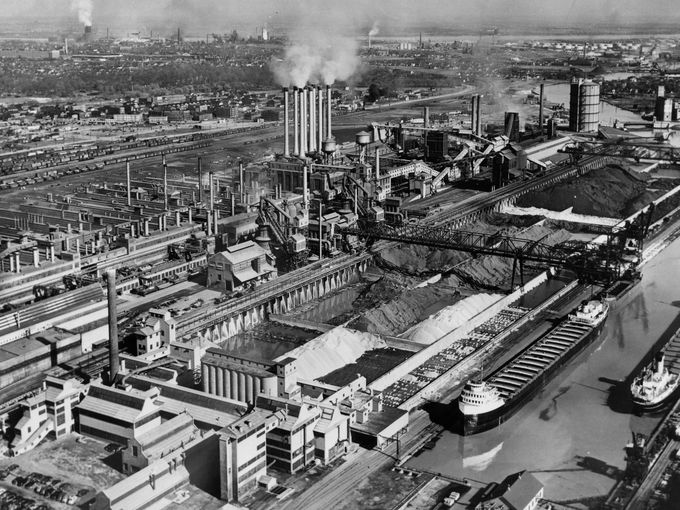 Plant and its parking lot 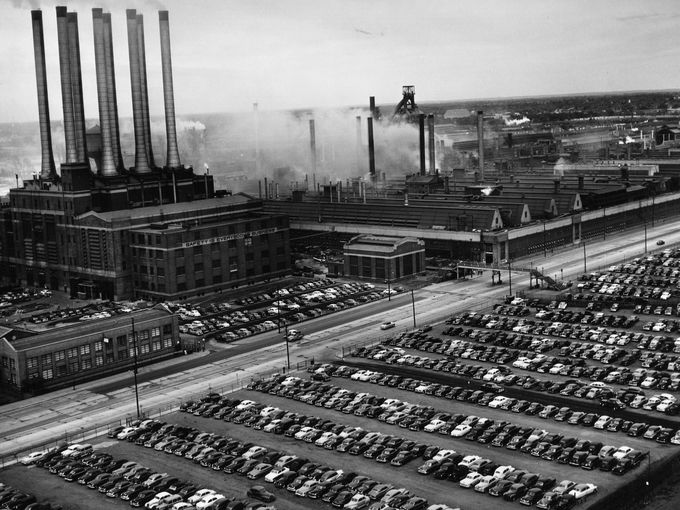 The assembly line inside the plant 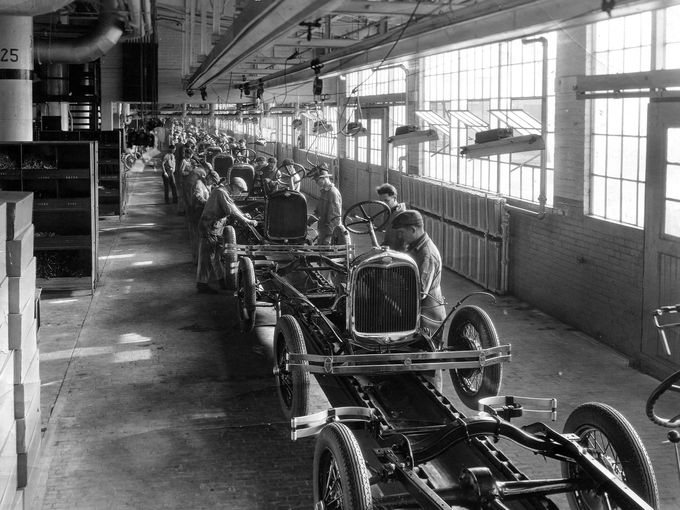 An iconic photo by Charles Sheeler of conveyors at the plant 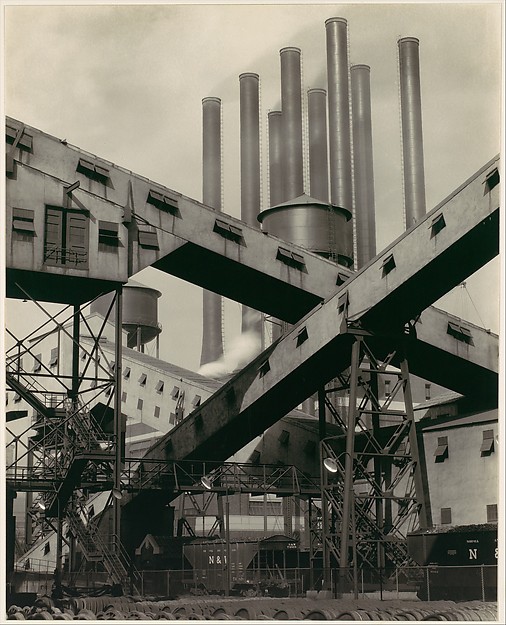 The tool and die room 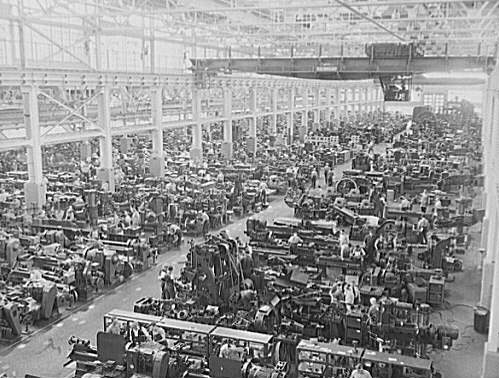 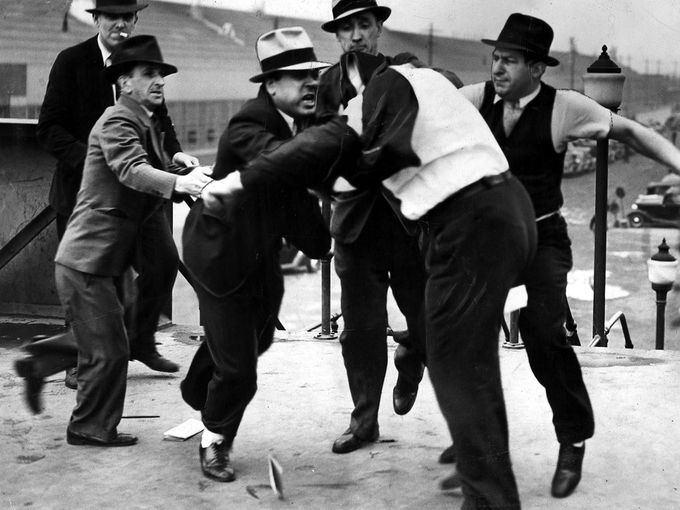 The 10.4 acre "living roof" is recognized as the largest vegetated roof in the world 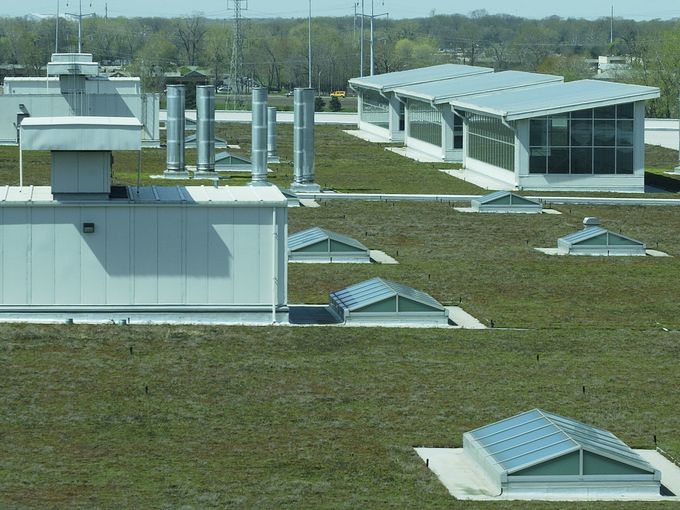 In 1915, automotive innovator Henry Ford began acquiring 2,000 acres of property in Dearborn. Initially, he had no particular use for the land, which was mostly marsh. However, when WWI broke out, he saw a demand for warship manufacturing. In 1917, a three-story structure simply called “Building B” was constructed on the property to assemble Eagle Boats, Navy ships used to track down German submarines. (The war would end before these ships were ready for battle.) After the war, Ford turned to using the factory space to build tractors. In 1921, assembly of the world’s first mass-produced tractor, the Fordson, began on this site, and the first car produced was the Model A in 1927. As the Ford Motor Company expanded, the marshland would quickly become transformed into a vast factory complex known as the Ford River Rouge Plant.1

In the 1920s and 30s, the Rouge Plant became the largest industrial complex in the world. It was also unique in that the plant would grow to produce almost every component of a car. The factory complex expanded along the Rouge River, which was widened to allow freighters to deliver iron ore, coal, limestone. Ford also bought the DT&I Railroad so that he could improve deliveries to and from the plant. In 1920, there was a huge power plant built on the site to supply all of the factory’s electricity, and sometimes a surplus was even sold to power the city. The foundry at the plant was used to make many of the different components of Ford’s cars, and it became the largest in the world at the time. Shortly after, a glass-making plant was also included, using a design by Ford himself to create higher quality safety glass at lower prices. The Henry Ford Museum summarizes Ford’s vision for the Rouge Plant:

“Henry Ford’s ultimate goal was to achieve total self-sufficiency by owning, operating and coordinating all the resources needed to produce complete automobiles. His Ford Motor Company once owned 700,000 acres of forest, iron mines and limestone quarries in northern Michigan, Minnesota and Wisconsin. Ford mines covered thousands of acres of coal-rich land in Kentucky, West Virginia and Pennsylvania. Ford even purchased and operated a rubber plantation in Brazil. To bring all these materials to the Rouge, Ford operated a fleet of ore freighters and an entire regional railroad company. Ford’s ambition was never completely realized, but no one has ever come so close on such a grand scale. At no time, for example, did Ford have fewer than 6,000 suppliers serving the Rouge.”1

By 1928, all of the administrative operations of the Ford Motor Company were carried out at the Rouge plant. The plant housed a fire department, hospital, police department, and newspaper. In the 1930s, the Rouge Plant put out 4,000 cars per day and employed over 100,000 workers, for whom life was not always easy. In 1932, artist Diego Rivera captured the work environment at the Rouge River plant through several frescoes painted around the Detroit Institute of Arts. The frescoes showcased the tough labor that went into the assembly process, and “foreshadowed the future labor struggles Ford faced due to the River Rouge Plant’s hot, cramped and sometimes unsafe conditions.”2 On May 26, 1937, union organizers were badly beaten by security for handing out literature to workers. The incident became known as the Battle of the Overpass and caused uproar with the United Auto Workers (UAW). Ford signed a contract with the unions just in time for the WWII manufacturing boom. The construction of Army jeeps and tank and aircraft parts for the war effort took precedence over civilian cars.

In the years after Henry Ford’s death in 1947, operations at the Rouge Plant changed dramatically. Environmental pressures to clean up the brownfield were in place. The company had to decentralize the process that Henry Ford valued so much for a changing world. Operations and jobs at the plant decreased until the only car being manufactured there was the Ford Mustang. When the Mustang was about to be eliminated from production, the UAW and Ford staff stepped up to save the future of the Rouge by investing in new innovations to improve efficiency. Thanks to this effort, the Rouge was able to keep its doors open and experience a revitalization. Today, the Ford Rouge Center employs about 6,000 people and remains the Ford Motor Company’s single largest industrial complex. 3