Fort Barrington was built by British colonists to secure their claim agains the Spanish and defend their settlement from Native American tribes who contested the British perception that this land belonged to the Empire. The fort was renamed Fort Howe after its capture by colonial forces during the Revolutionary War. Nothing remains of the fort itself, but there is a historical marker at the end of the road where it meets the Altamaha River.

The site of the former Fort Barrington 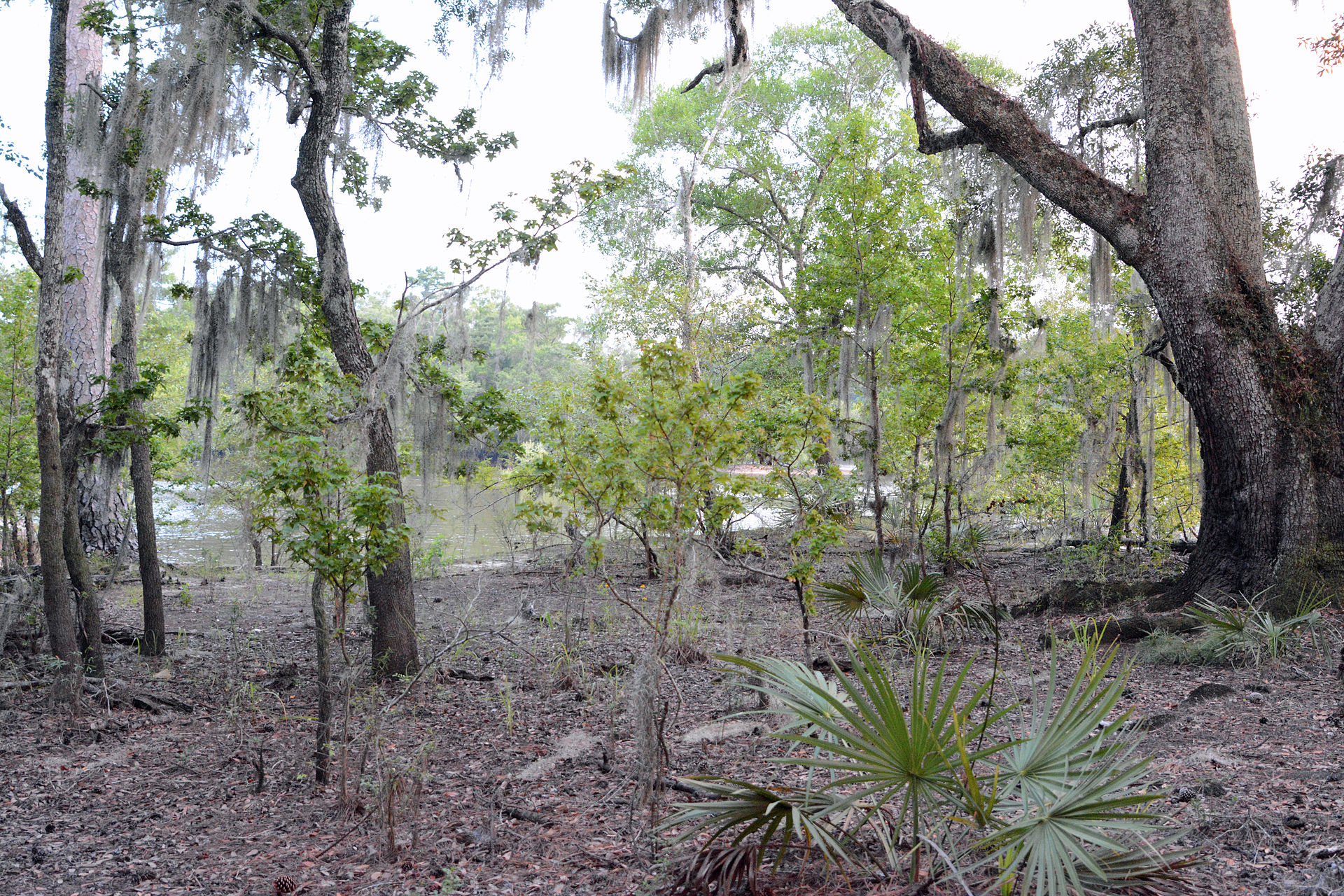 The historical marker for Fort Barrington 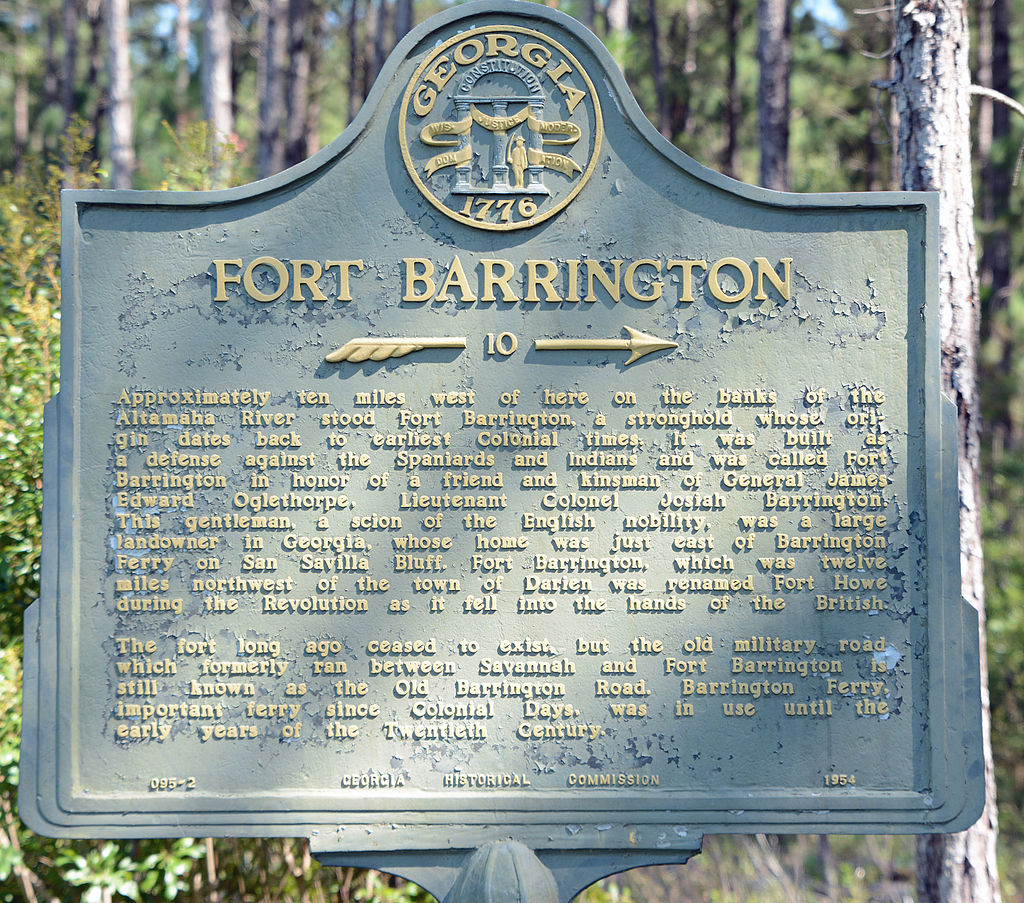 Fort Barrington was originally established by the British colonists in 1751 with the intention of defending the nearby settlement from Native tribes who contested the colonist's claim of land ownership. The fort also signaled the colonists recognition of the need to establish a claim and military presence given the competing claims and ambitious of the Spanish.

At the outset of the Revolutionary War, the fort was occupied by British forces. Named for a friend of James Edward Oglethorpe, Fort Barrington used a similar construction to other forts of the era-including large wooden spikes around the perimeter that were driven into the ground and that extended above the surface to slow the progress of would-be attackers. The interior of the fort was equipped with a 70-foot stockade with four bastions, along with a two-story wooden blockhouse.

The fort saw action in the Civil War, being used as a Confederate lookout point along the Altamaha River. This was a point of some strategic value, as the fort guarded a small port and ferry. During these years, a large metal line was used to ferry passengers across the river. That cable currently rests at the bottom of the river, and nothing remains of the fort today save for some small remains like bricks and arrowheads.