Fort Antes, currently located in a cultivated field in Jersey Shore, Pennsylvania was constructed in the year 1778 around the home of Colonel, Judge and two-time sheriff, John Henry Antes. The fort played a key role in the Revolutionary War, specifically the event known as the Big Runaway where Colonel Samuel Hunter ordered the evacuation of the area surrounding Forts Antes and Augusta. 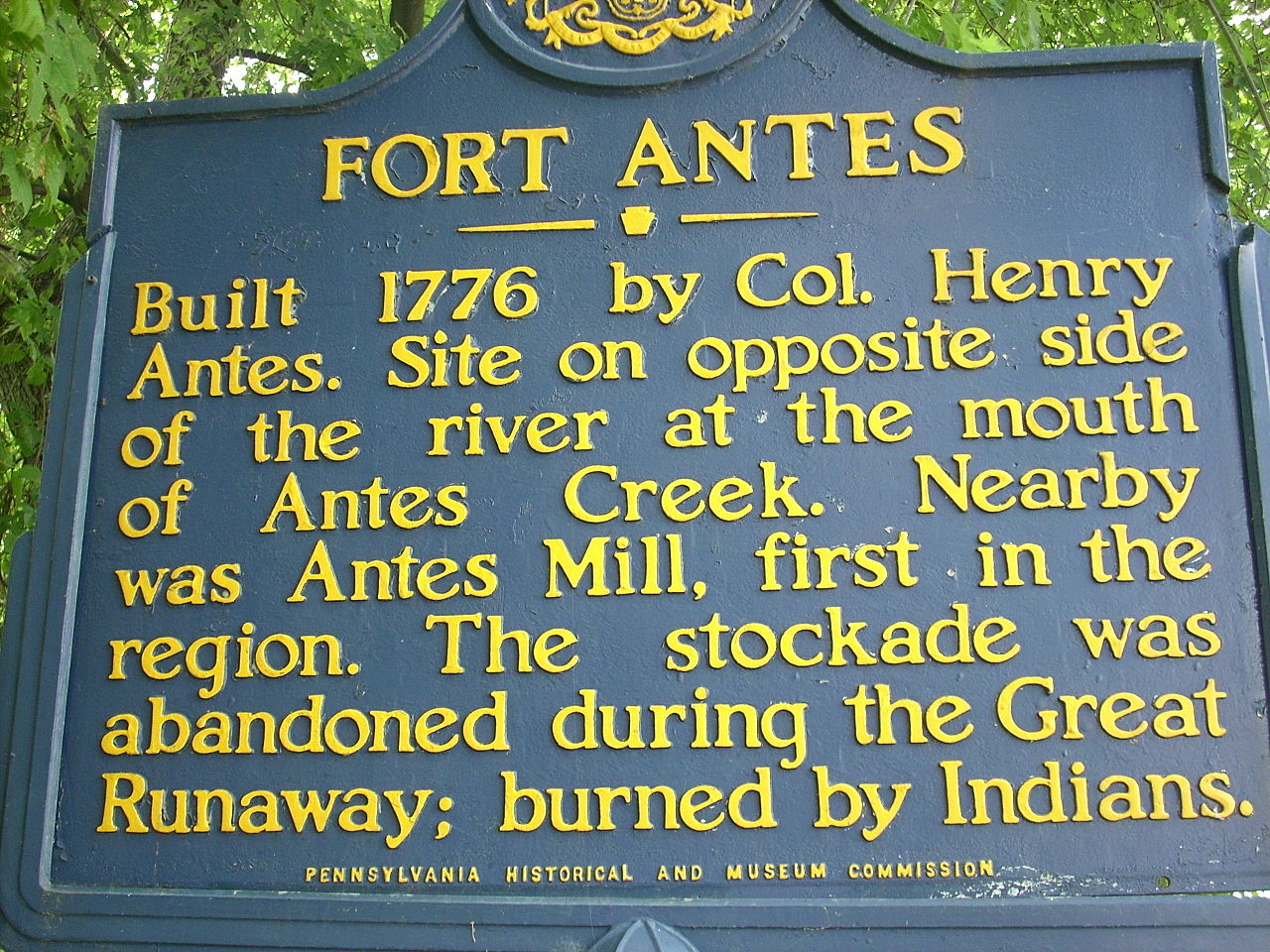 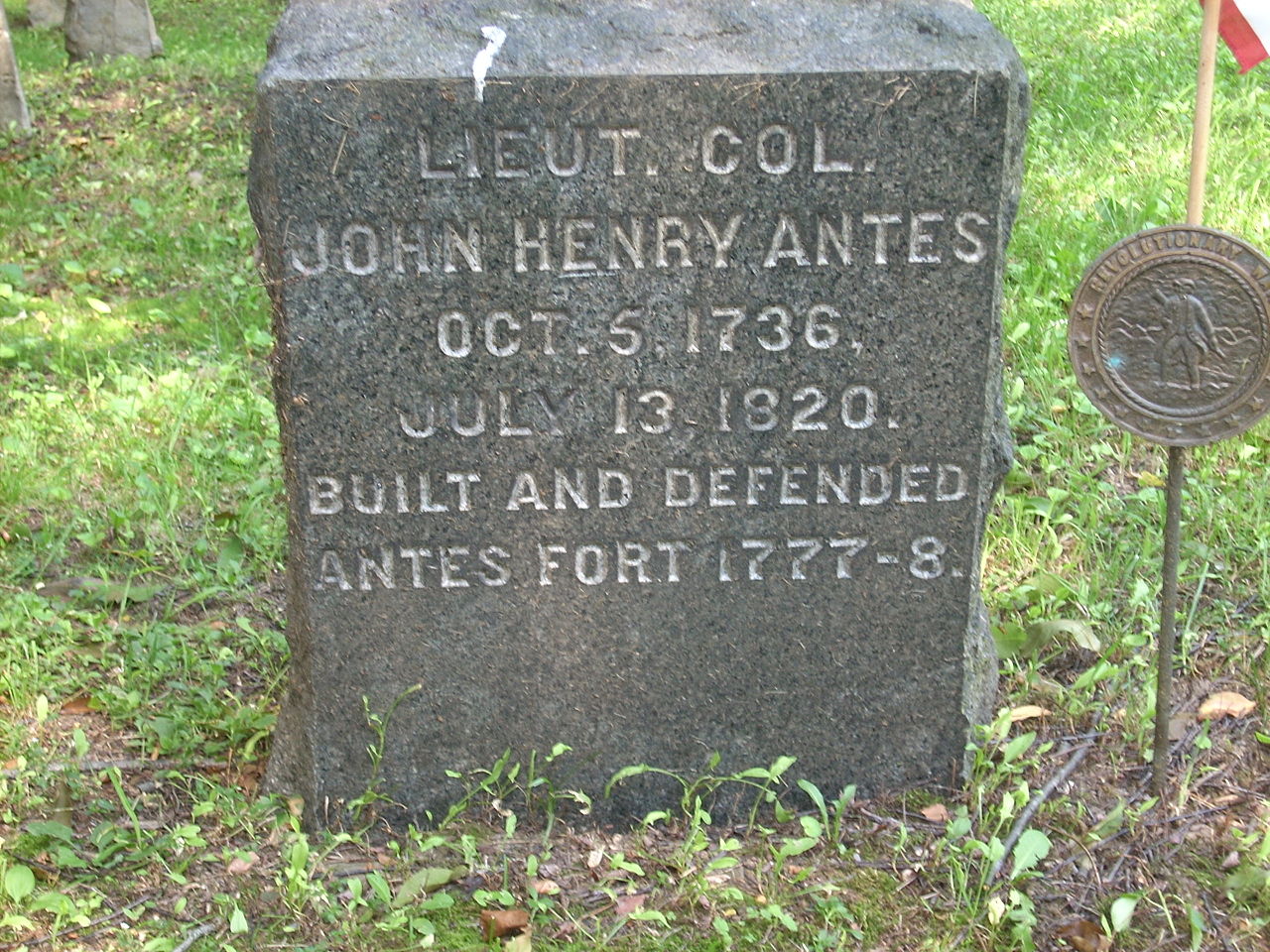 Depiction of the events of the Big Runaway

Fort Antes was constructed around the year 1777 in order to defend the home of Colonel Henry Antes from Native American attacks. The fort was situated on the banks of the east side of Antes Creek, overlooking the banks of the West Branch Susquehanaa River in western Lycoming County. Colonel Antes was a very prestigious member of colonial Pennsylvanian history, having arrived in the area around the year 1772. Antes immediately set to work on building his home, and less than a year later he had constructed a large house as well as a gristmill, the pinnacle of colonial milling technology.. Due to increasing Indian hostilities, Antes was appointed a captain under the heroic Colonel James Potter and lead a company of 58 militiamen on raids to defend their territory from increasing Native American attacks.
The fort itself was constructed some time after Antes returned from his raiding. Having seen the need for proper defenses, wooden stakes that were to make up the outermost walls were driven two meters into the ground and extended four meters above the ground encircling an area of just under an acre. This new fortification was put to the test almost immediately when Indians attacked the surrounding area shortly after the fort's construction. Indians allied with the British were encouraged to attack any structures in Pennsylvania, and in June 1777 two settlers were killed in Indian attacks just across the river from Fort Antes. Soldiers who wanted to investigate the sounds of the attacks were instructed not to in case of an ambush. Disregarding their orders they crossed the river and found only one survivor. This was not the only incident of Native American attacks in the area, and life was especially treacherous for settlers encroaching on Indian land.
The Wyoming Valley massacre occurred in 1778, the loss of over 300 settlers at the hands of British and Indian forces prompted widespread fear, and attacks in the area of Fort Antes were becoming increasingly frequent and increasingly violent. This was the major trigger for the Big Runaway, in which Fort Antes and the surrounding areas were evacuated in fear of further Native American attacks. Robert Covenhoven, a former member of the Continental Army was the one who gave the order for Antes to evacuate before himself retreating to Fort Augusta. The abandoned property in the area was all burned. Fort Antes survived the fires due to it's peeled oak walls, and the Wallis House survived due to it's stone construction. The settlers were outraged at the loss, and insisted that they could have defended their homes from Indian attack with military aid.