For nearly 100 hundred years, the Angelus Temple has been the central house of worship of the International Church of the Foursquare Gospel. Constructed and founded under the leadership of denominational founder Aimee Semple McPherson in the Echo Park district of Los Angeles, CA in 1923, the Angelus Temple, also called the Foursquare Church, is “dedicated unto the cause of inter-denominational and worldwide evangelism.” 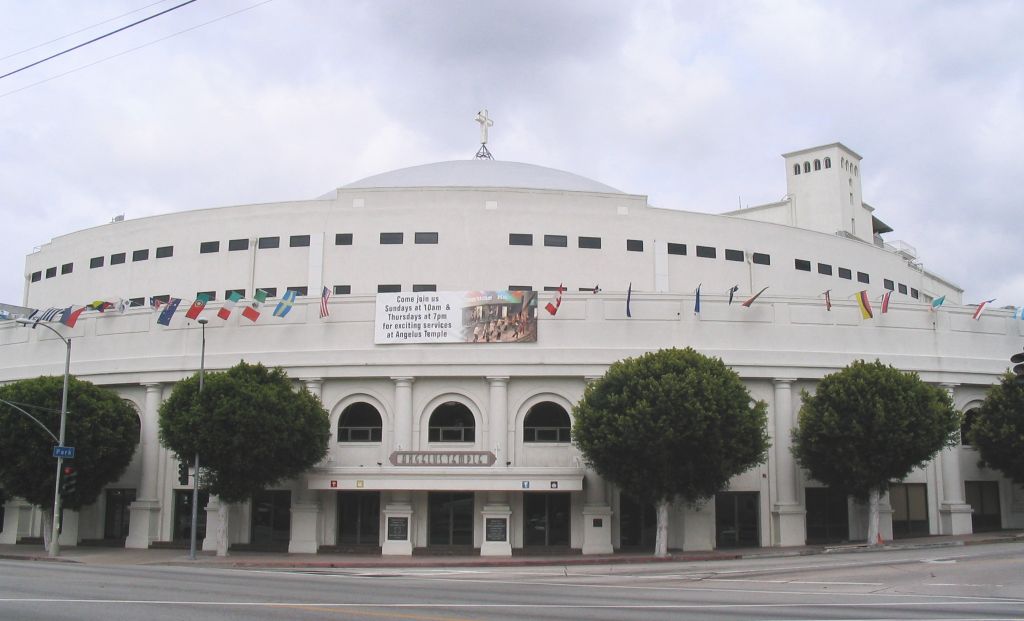 Historic photo of the Angelus Temple 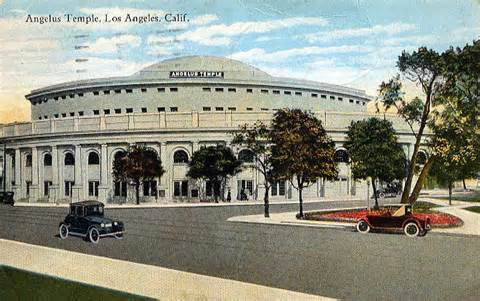 A service at the Angelus Temple 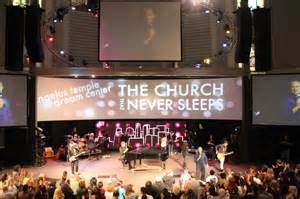 Foursquare was created during a revival in Oakland, CA, in 1922 when McPherson told the story from the book of Ezekiel, chapter one, which describes how God revealed himself to Ezekiel as four faces, of an eagle, a lion, an ox, and a man. McPherson compared the four faces of God to Jesus Christ’s gospel’s four phases. McPherson brought the Foursquare idea with her when she moved to Los Angeles and founded the church.

McPherson remained a church leader until her death in 1944 at which time her only son, Rolf Kennedy McPherson, took the reigns. When he retired in 1988, there were more than 1,300 churches in the International Church of the Foursquare Gospel denomination. Over the years, the Foursquare church was done some miraculous work such as feeding more hungry in L.A. during the Great Depression than did the government and sold more war bonds than pretty much anyone else in the city during the second world war.

Operating with the vision to present Jesus Christ, God’s Son, as the The Savior, The Baptizer with the Holy Spirit, The Healer and The Soon-Coming King, the Foursquare Church is currently lead by Pastor Matthew Barnett. Under Barnett’s leadership, the temple is open to meet the inner-city’s spiritual and real-world needs 24 hours a day, every day of the year. Additionally, the temple holds a pair of Sunday services along with a service on Thursdays.

In addition to serving the needs of the community it operates in, the Foursquare Church frequently has guest speakers at its services and gives tours of its community outreach ministry center, The Dream Center, which provides educational programs, live-in rehabilitation services, and many other needed programs at all hours of the day and night, 365 days a year.

Presently, there are more than 1,800 churches in the U.S. and 60,000 around the world in the Foursquare Church family.