At this location on April 23, 1865, Cavalry officer Silas Soule was killed by an unknown assassin. Soule's death is believed to be an act of retaliation against Captain Soule-both for his refusal to follow orders to fire on a peaceful Cheyenne and Arapaho village, and for his later testimony that revealed the extent of the now-infamous Sand Creek Massacre. An estimated 70-160 Native Americans were killed when a force of six hundred soldiers surrounded the village. Knowing that this was a village affiliated with Cheyenne chief Black Kettle who was working to negotiate a peace, Soule disobeyed orders and ordered his men to hold their fire. Other officers followed the order to destroy the village and kill its inhabitants, despite discovering that two thirds of the victims were women and children. 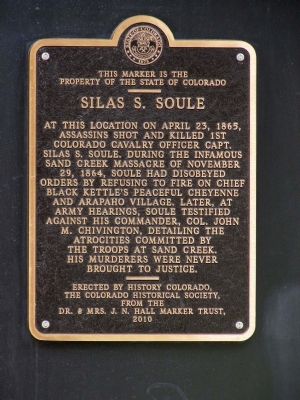 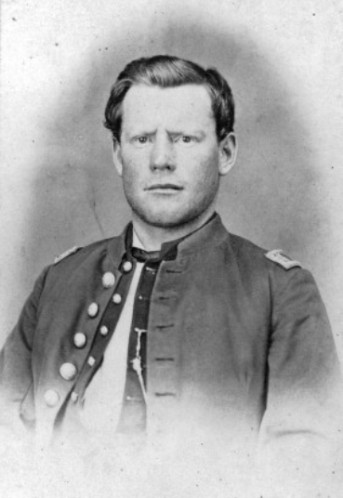 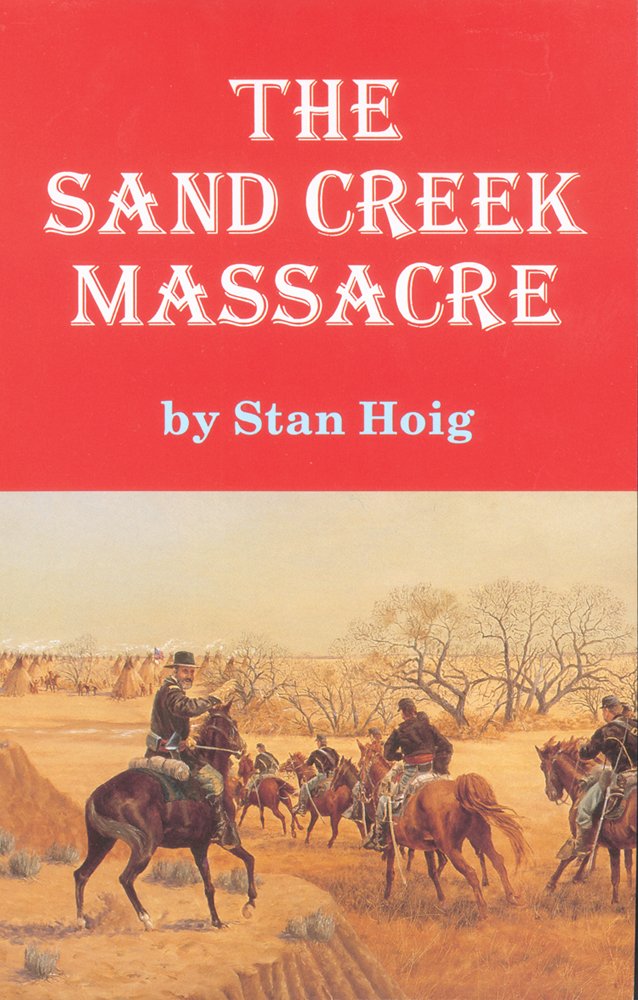 Soule's parents moved from Maine to Lawrence, Kansas during the conflict regarding slavery in the new territory known today as "Bleeding Kansas." Ardent abolitionists, Soule's parents were active supporters of the Underground Railroad. Inspired by his parents, young Silas Soule traveled from Lawrence to Harper's Ferry in a failed attempt to rescue two of John Brown's followers after they were convicted of conspiracy for helping Brown capture the arsenal as part of his plan to attack the institution of slavery.

Like many ambitious young men, Soule traveled to Colorado Territory in hopes of making his fortune during the gold rush around Pike's Peak. When the Civil War broke out in 1861, however, he abandoned the search for gold to assist the Union. Lieutenant Soule's Colorado unit spent most of the war years working to prevent Confederate-aligned rebels from taking control of communities in the Southwest. He was later promoted to Captain and assigned to guard mountain passes along the Sante Fe Trail. In this capacity, Soule worked as a liaison with Native leaders and helped to frame several treaties between the Cheyenne and the Arapaho.

During a period of high tensions between soldiers and Native tribes at Sand Creek, Soule disobeyed an order to fire upon a Native village. His action saved many innocent lives as none of the soldiers under his command fired upon the villagers, who had either fallen to their knees or ran from the village. He would later be one of the first soldiers to testify against his superior officers. In retaliation, Soule was killed at this location less than three months after his testimony.
The following selection comes from a letter by Soule to another army officer shortly after the Sand Creek Massacre.

"I refused to fire and swore that none but a coward would. For by this time hundreds of women and children were coming towards us and getting on their knees for mercy. Anthony shouted, "kill the sons of bitches" Smith and Louderbeck came to our command, although I am confident there were 200 shots fired at them, for I heard an officers say that Old Smith and any one who sympathized with the Indians, ought to be killed and now was a good time to do it. The Battery then came up in our rear, and opened on them. I took my comp'y across the Creek, and by this time the whole of the 3rd and the Batteries were firing into them and you can form some idea of the slaughter. When the Indians found that there was no hope for them they went for the Creek, and buried themselves in the Sand and got under the banks and some of the Bucks got their bows and a few rifles and defended themselves as well as they could. By this time there was no organization among our troops, they were a perfect mob – every man on his own hook. My Co. was the only one that kept their formation, and we did not fire a shot."