Although it might be more accurately referred to as a "skirmish" than a battle, when Union and Confederate partisans clashed at this location on June 17, 1861, it was only the second time armed conflict broke out between organized elements for and against secession The Battle of Boonville occurred more than a month before the first Battle of Bull Run, the first major battle of the Civil War. This skirmish lasted only thirty minutes but had lasting consequences for area residents and those who hoped Missouri would leave the Union. Because pro-Union forces mobilized so rapidly, they surprised the newly-organized pro-Confederate force and forced them to retreat into Arkansas. Throughout the remainder of the Civil War, pro-Confederate partisans and official Confederate armies usually shared the same fate. Although pro-Confederate raiders were effective, they were unable able to control territory in Missouri.

The Battle of Boonville historical marker is located near 1216 East Morgan St. 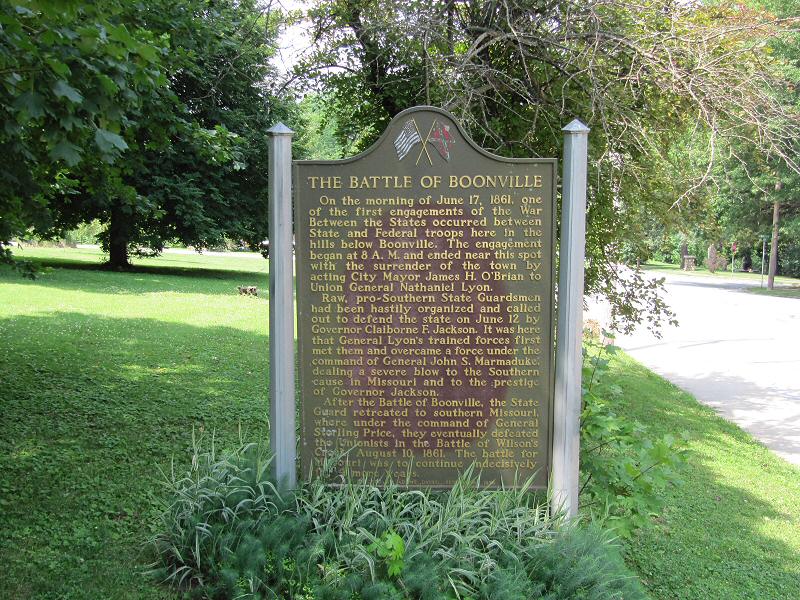 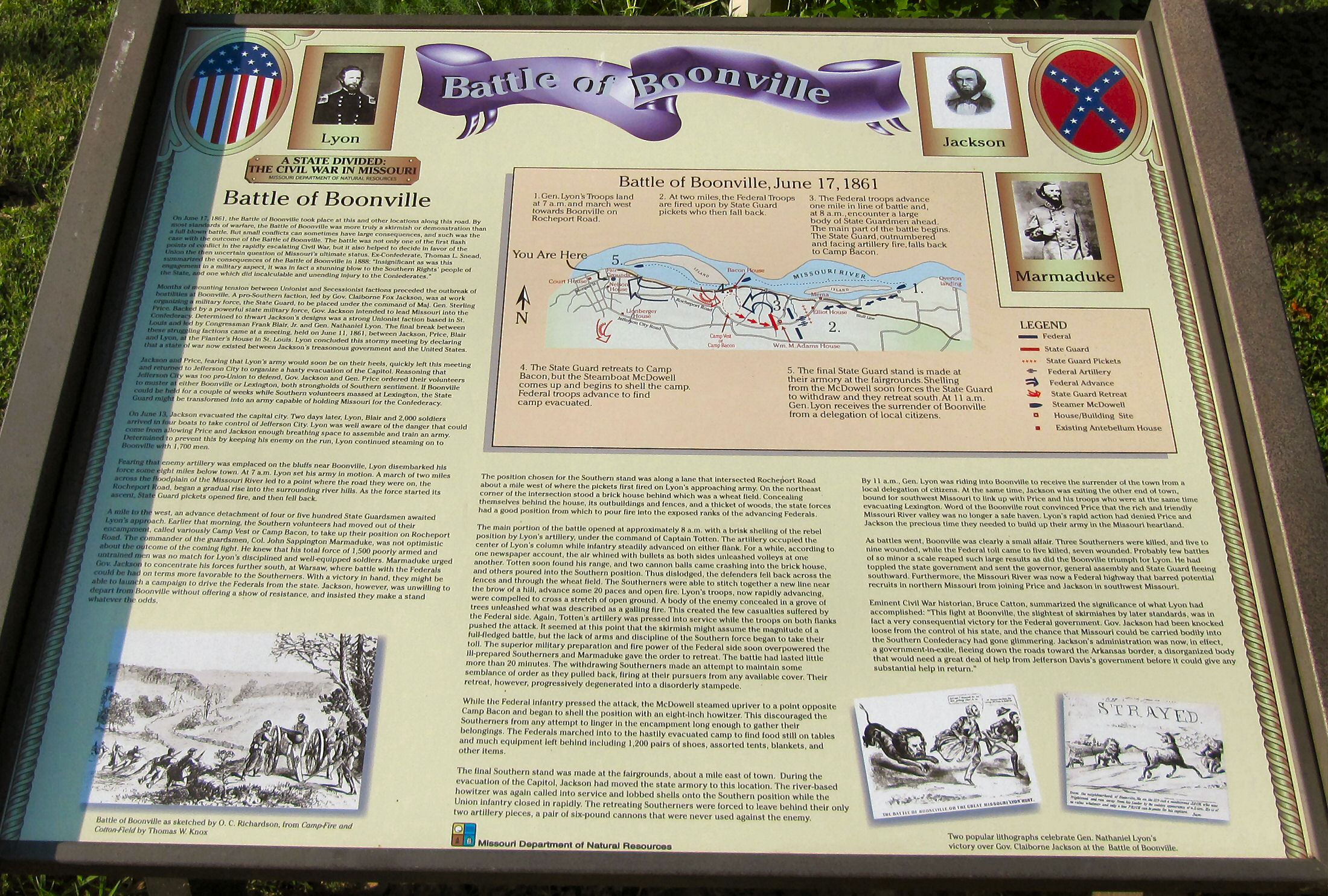 Union Brigadier General Nathaniel Lyon who led and won the Battle of Boonville. 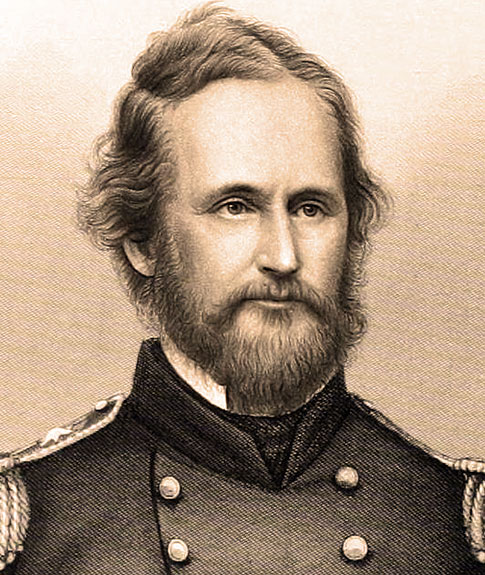 An artist's rendition of Lyon's fight for Boonville and Missouri. 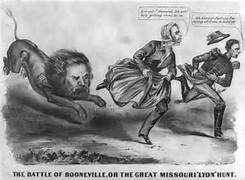 The fighting at Boonville was a direct result of failed negotiations between two rival factions. The US was represented by Union Brigadier General Nathaniel Lyon and others, and the state of Missouri was represented by Governor Jackson, Major General Sterling Price and others.  The meeting came to an abrupt end when neither side could come to a compromise. Lyon stood up and addressed Jackson, saying, “This means war.”²  Jackson, with his party in tow, headed to Jefferson City, called for 50,000 Missouri militia to ready themselves to drive out all US forces from the site of Missouri.  “Jackson’s Missouri State Guard (MSG) led by Sterling Price did not stay in Jefferson City rather, they retreated to Boonville.”³

Lyon initiated his pursuit of Jackson and his militia. Lyon first went to the state capital of Missouri, but Jackson was not there. Lyon seized Jefferson City and made plans to continue his pursuit of Jackson.  Lyon put his troops on steamboats and sailed up the Missouri River. After receiving intelligence that Jackson and the MSG troops were Boonville, Lyon landed his forces about 8 miles away from MSG line.  After marching about two miles, Lyon’s 1700 troops came up on the MSG. A skirmish ensued. “The Union artillery combined with a flanking maneuver force the less disciplined and untrained MSG troops to cut and run.”4  It was a complete rout.

The Battle of Boonville was a little more than a skirmish. Nevertheless, it did have a significant influence on battles to come. It illustrated that the Missouri State Guard was ill-equipped and lack training. The battle scattered southern troops throughout the countryside creating havoc in mounting a defense anytime soon. It was an embarrassing defeat and destroy the Confederate morale early in the beginning of the Civil War. One of the most important consequences of the union victory at the Battle of Boonville was that it established Union control of the Missouri River. “By controlling the river, the union could prevent the Confederates from controlling the state of Missouri.” 4