The Sidney Yates Building is a federal building located at 14th Street and Independence Avenue. Built in 1880, the Sydney Yates Building was built to be a simple, functional building in which to house the Bureau of Engraving and Printing. Over the years, the Sidney Yates Building has served a number of purposes, including being utilized by the IRS and other agencies as the Auditors Building Complex in the early 1900s. The building currently serving as the headquarters for the U.S. Forest Service, and was added to the National Register of Historic Places in 1978.

A view of the building's red brick facade. 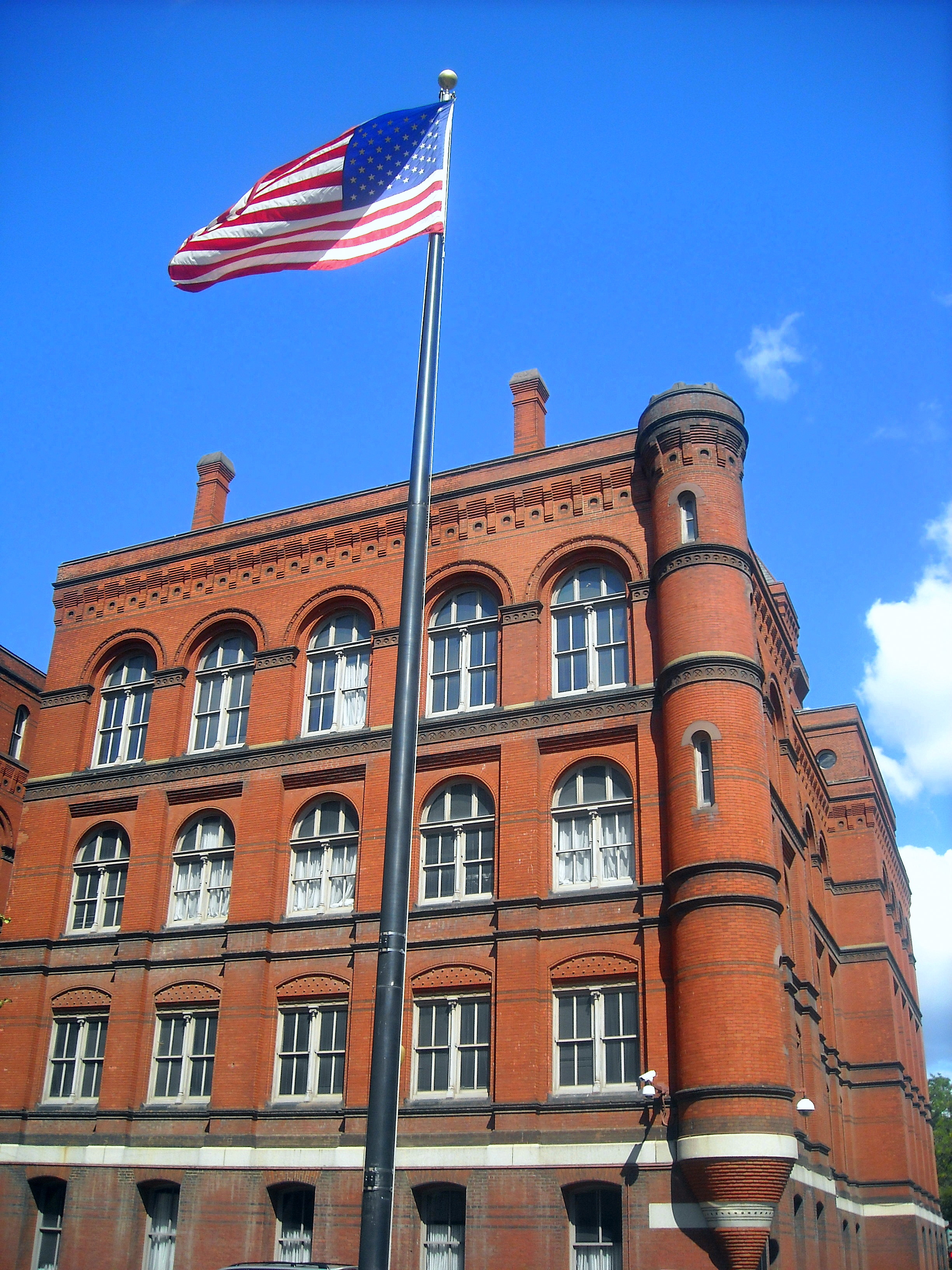 In 1862, the Bureau of Engraving and Printing was founded to cover the production of stamps, currency, and government documents, so the government would no longer have to rely on outsourcing these duties to third parties. The Bureau was initially located within the Treasury Department Building, but it was not long before it was decided that the Bureau required a building of its own to work out of. Architect James Hill oversaw the design and the construction of a building for the Bureau beginning in 1878, and in 1880, construction on the building of the Bureau of Engraving and Printing was complete. As it was supposed to house the Bureau, the building was built of brick and mortar, making it look industrially striking and ensuring that it was fire-proof, as well. As the Bureau expanded in the decades following the building’s construction, several additional structures were added to the building as were needed, and the Bureau continued to operate out of the building for several decades.

The Bureau of Engraving and Printing soon grew so large that the building could no longer adequately house it, and in 1914, they moved to a larger complex close by. With the site now vacant, it was converted in order to house the Treasury Department’s Auditors Division, and was re-christened the Auditors Building Complex. For several decades on, the Building Complex was home to government agencies such as the USDA and the IRS, as well as auditors from numerous branches of government.

Though the Auditors Complex was still occupied in the 1960s, it held nowhere near as many occupants as it did in the prior half of the twentieth century. This underutilization coupled with a great need for repairs and renovations set the building up for demolition in 1966, but due to a lack of funding, the building was spared. In 1978, however, the building was added to the National Register of Historic Places, and with this addition came the prospect of being re-utilized. In 1990, the United States Forest Service moved into the building, and in 1999, it was re-named the Sidney R. Yates Building, in honor of the eponymous Congressman of Illinois. Today, the building still houses the U.S. Forest Service, and some of the buildings from the old Auditors Complex have been incorporated into the U.S. Holocaust Museum.