Janesville’s Downtown High School was completed in 1923. This four level school is an excellent model of the Collegiate Gothic Revival-style which was popular between 1919 and 1940. 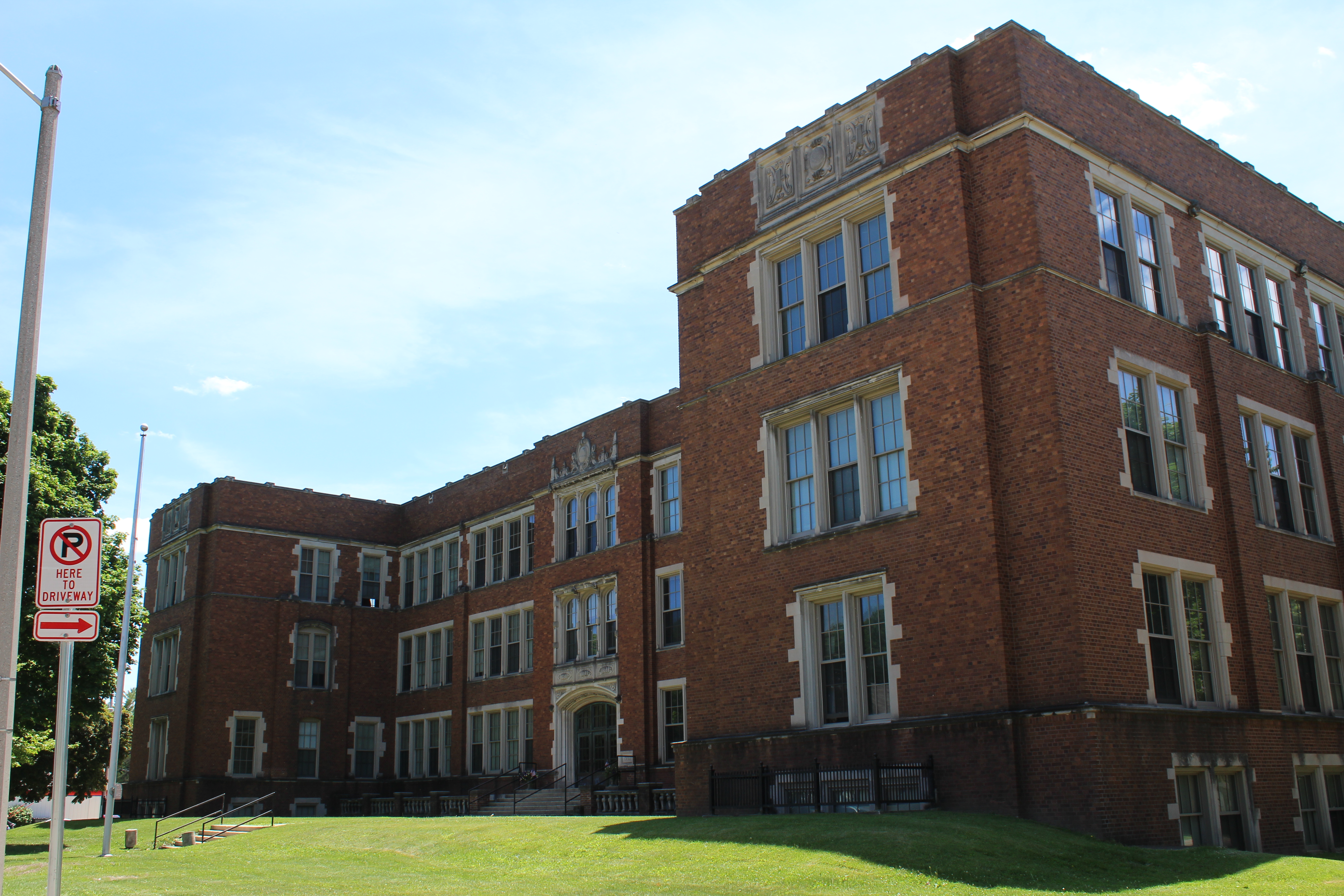 Most of the apartments in the old school still boast floor to ceiling windows, blackboards on the wall, and built-in bookcases. The hallways still have lockers! 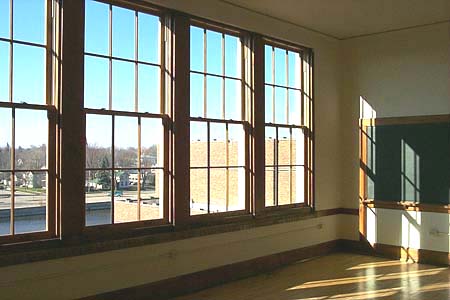