The Oregon Jewish Museum and Center for Holocaust Education (OJMCHE) is located at 1953 NW Kearney St in Portland, Oregon. It was founded in 1989 as a "museum without walls" and has grown to what it is today. It is the only Jewish museum in the Pacific Northwest and also maintains the Oregon Holocaust Memorial. It has the largest collection of documented and visual history of the Jewish people of Oregon. The museum collection is comprised photographs, fine art, oral histories, various documents (including books, journals, maps and ephemera), every day objects and ceremonial objects. The majority originated in Oregon but items from around the world are represented as well. The mission of the organization is to foster intercultural conversations while both promoting and interpreting the Oregon Jewish experience and the lessons of the Holocaust. The two were separate entities before merging in 2014. 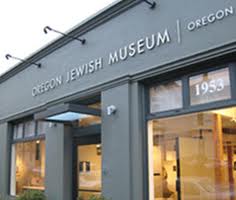 "Holocaust Memory Reframed: Museums and the Challenges of Representation" by Jennifer Hansen-Glucklich -- Please see the link below for more information 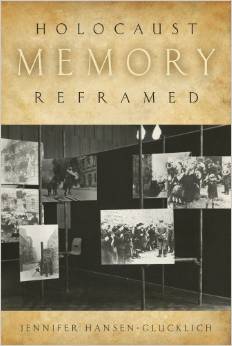 The Oregon Jewish Museum (OJM) and the Oregon Holocaust Research Center (OHRC) functioned simultaneously as independent organizations for nearly four years. A merger agreement was presented to each respective board of directors and by December 2013 the two groups began addressing the remaining legal, economic, and logistical questions raised by the merger.

Combining the two organizations into the Oregon Jewish Museum and Center for Holocaust Education (OJMCHE) allowed both the OJM and OHRC to more effectively fulfill their original missions. Education programs offered by the OJMCHE not only explore Jewish art, culture, and heritage of the Pacific Northwest but also promote the responsible teaching of the holocaust.