The small memorial in Greenwood Cemetery marks the final resting place of July Perry, who was lynched by a white mob on November 3, 1920. Perry was lynched due to his efforts to assist other African Americans register for the state and national elections in his home of Ocoee, Florida. 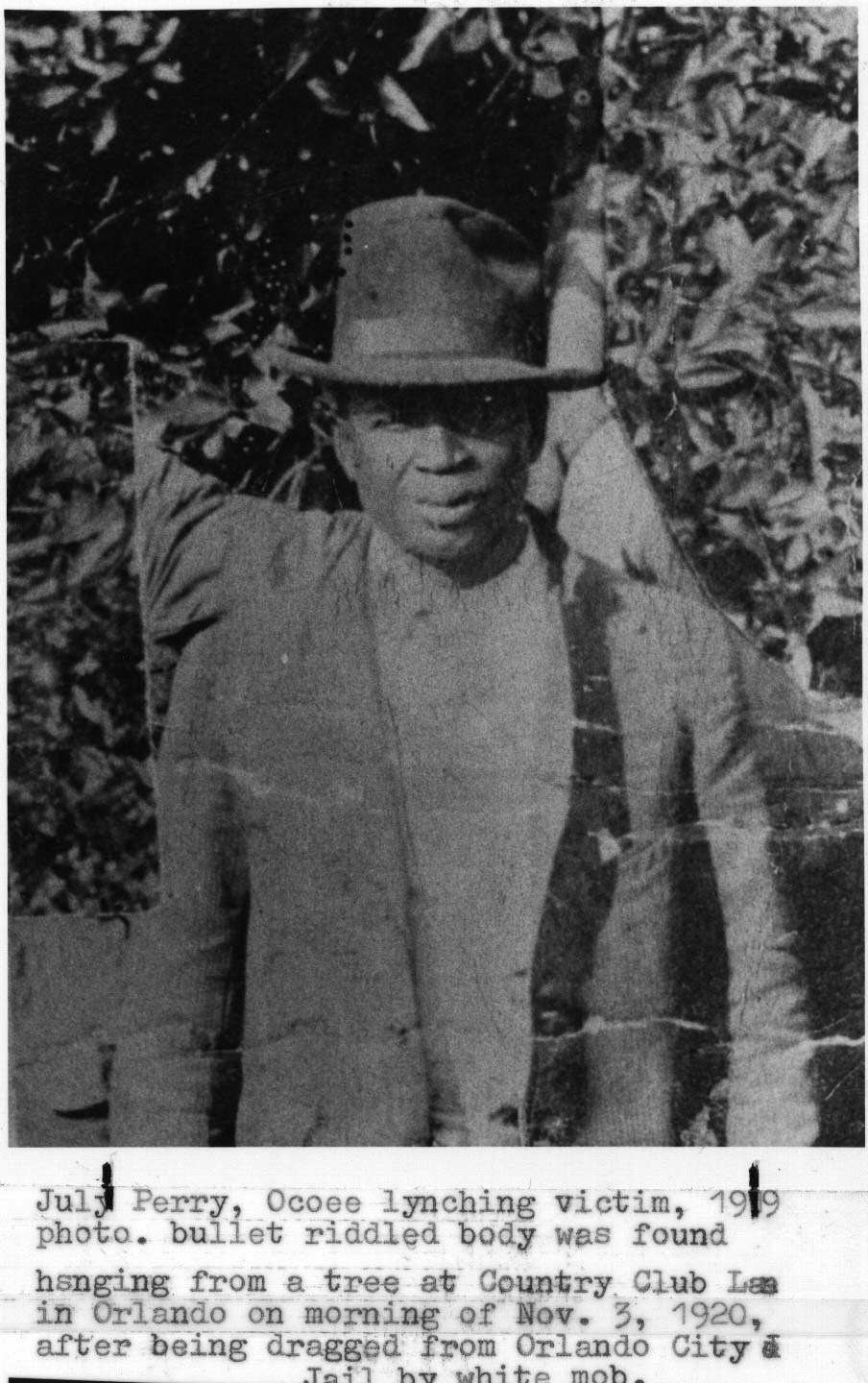 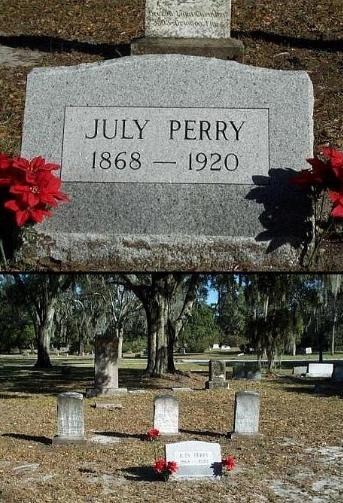 July Perry was as a prominent black figure in his small Florida community. An advocate for civil rights, he encouraged the education of the youth both scholastically and politically. Therefore, when Judge John Moses Cheney, a Republican running for the Florida Senate, began a campaign to help register blacks to vote, Perry and his friend Mose Norman helped lead the local voter registration movement.

A day before the presidential election, members of the local the Ku Klux Klan, canvased the streets of the black communities in Ocoee. The white men threatened to kill any black men who dared to participate in the election. When the black community tried to vote the next day, they were denied their right to participate and later driven out of the area by white mobs. Many of the men were injured, but Mose Norman took it upon himself to report the attack to a few supportive white officials.

Infuriated by his defiance, a white mob marched to his home with the intent to "make an example" of Norman for his attempt to fight white supremacy. At the time, Norman was visiting the home of July Perry. Having been warned of mob approaching his home with the intention of killing Norman, Perry fired gunshots at the mob as they entered his house. While defending his friend and his home, Perry shot and killed two white men. Badly injured by the attack, Perry was treated at Orlando General Hospital. Upon his release, Perry was taken into police custody.
The mob, now accompanied by Klan members of neighboring cities, entered Perry's cell with the help of Sheriff Frank Gordon. After beating Perry and shooting him several times, they brought their prisoner to the Orlando Country Club where they hung him in a manner where his lifeless body could be seen from the highway. Beside Perry's lifeless body was a sign that read,” This is what we do to niggers who try to vote.” Pictures of Perry were sold in the town for 25 cents, reminders of the dominance and destruction of the Klan’s power.
After the lynching, the mob rampaged the rest of the black community in Ocoee. They surrounded homes and set fire to entire rows of houses, schools, and churches. Approximately 20 buildings were destroyed by fire, but the African American community fought back in what became a gunfight known today as the Ocoee Riot or Massacre of 1920. Approximately 50 African Americans were killed in an attack that led many African American families to flee the town. Ocoee became known as a “sundown town” in the years to come, a moniker for a community known to accept African Americans as day laborers but where black men and women would not be safe if they attempted to secure housing or be seen on the streets after sundown.

Citizens of Ocoee worked to raise funds to create this marker, which was dedicated in 2002 and can be found at July Perry's grave site.