Ships have passed between Lake Michigan and Lake Huron through the Straits of Mackinac for centuries. It is filled with reefs, making passage difficult and dangerous. The Old Mackinac Point Light was one of several in the area that guided ships trough safely. A fog signal was actually built at the location first in 1890. Even though the fog signal was very useful, it became clear that a light was needed and the tower and keeper's quarters were built in 1892. It remained in operation until 1957 when the Mackinac Bridge was built. It has more than sufficient lighting for ships to pass through. Today the light is part of Fort Michilimackinac State Park and a museum. The interior has been restored to its 1910 appearance and visitors can climb to the top of the tower. The museum also features hands-on exhibits, artifacts, and information about the light's history. 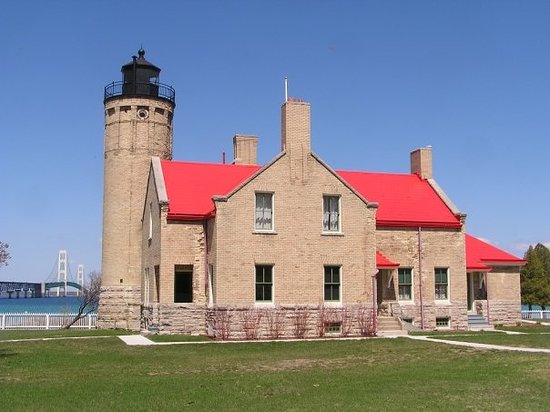