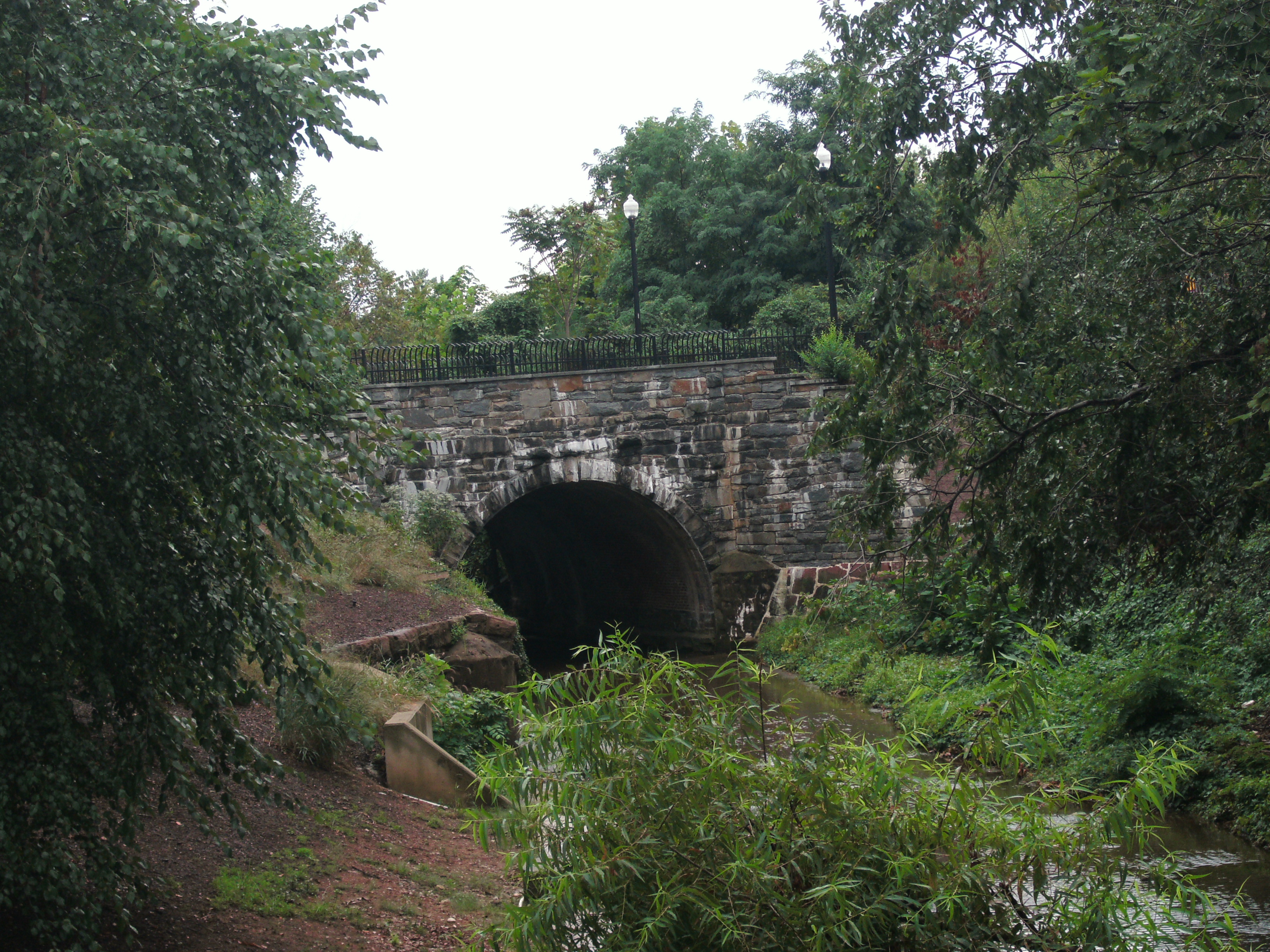 Hooff's Run Bridge was originally built by the Orange & Alexandria Railroad, a company that boosted the city’s relevance as a port town during the mid-19th century.  The bridge is a round-arch bridge carrying a single track over Hooff’s Run, a waterway that flows South across downtown Alexandria. Even though Hooff’s Run is nowadays a minuscule stream of water flowing down a concrete channel, in the early 19th-century it was navigable for about four miles, between Hunting Creek and King Street. Although it seems inconceivable today, Hooff’s Run overflowed numerous times, wreaking havoc in downtown Alexandria. The latest flood took place in 1915.

The Hooff’s Run Bridge was part of a westbound line that stretched from Alexandria to Lynchburg, VA. This line was active during the Civil War, so when the U.S. Military Railroads took over the Orange and Alexandria Railroad, it was used to provide a supply route for the war zones located in the South and the West.

In 2003, the Orange and Alexandria Railroad Hooff's Run Bridge was listed on the U.S. National Register of Historic Places.

Sadly, little remains in the city of its railroad history. Hooff's Run Bridge is, along with the Wilkes Street tunnel, the only surviving remnant of Alexandria’s railroad past.