This modest visitor center, located within Glendale Cemetery, provides historical information and orientation for two major Civil War battles that took place in 1862 just to the southeast of Richmond, Virginia. The Center and Park interpret the final battles of the Seven Days Battle, which concluded the Peninsula Campaign. The latter was the Union's attempt, under George B. McClellan, to capture the Confederate capitol of Richmond. The former was the South's counterattack which started at the gates of the capitol city and drove the Union back to the Virginia coast to their base of operations. The Confederate victory was due to the Army of Northern Virginia's leadership under Robert E. Lee, who had replaced Joseph Johnston. Johnston was severely wounded during an assault against Union lines outside Richmond. Lee then commenced massive, brilliant, yet costly assaults to drive the Union out. The Center also includes a five-minute electronic battlefield map display that traces the progress of each battle. Additionally, interpretive displays and historical artifacts to include artillery shells and other weapons. Park rangers are present to answer questions while the center is open during the months of June, July and August.

The Glendale/Malvern Hill Battlefields Visitor Center. The Center is in the background 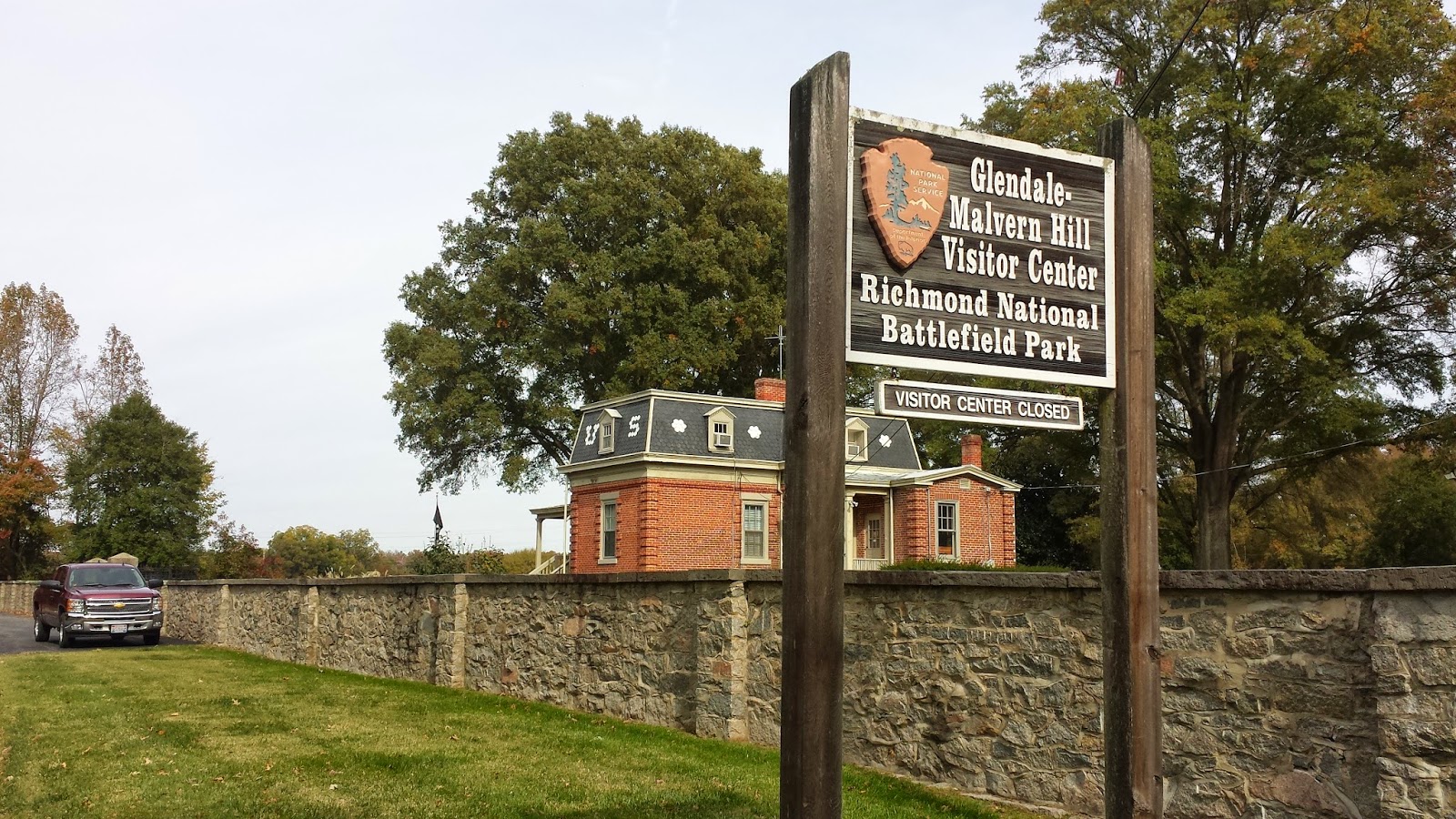 The historical marker for the Battle of Glendale. 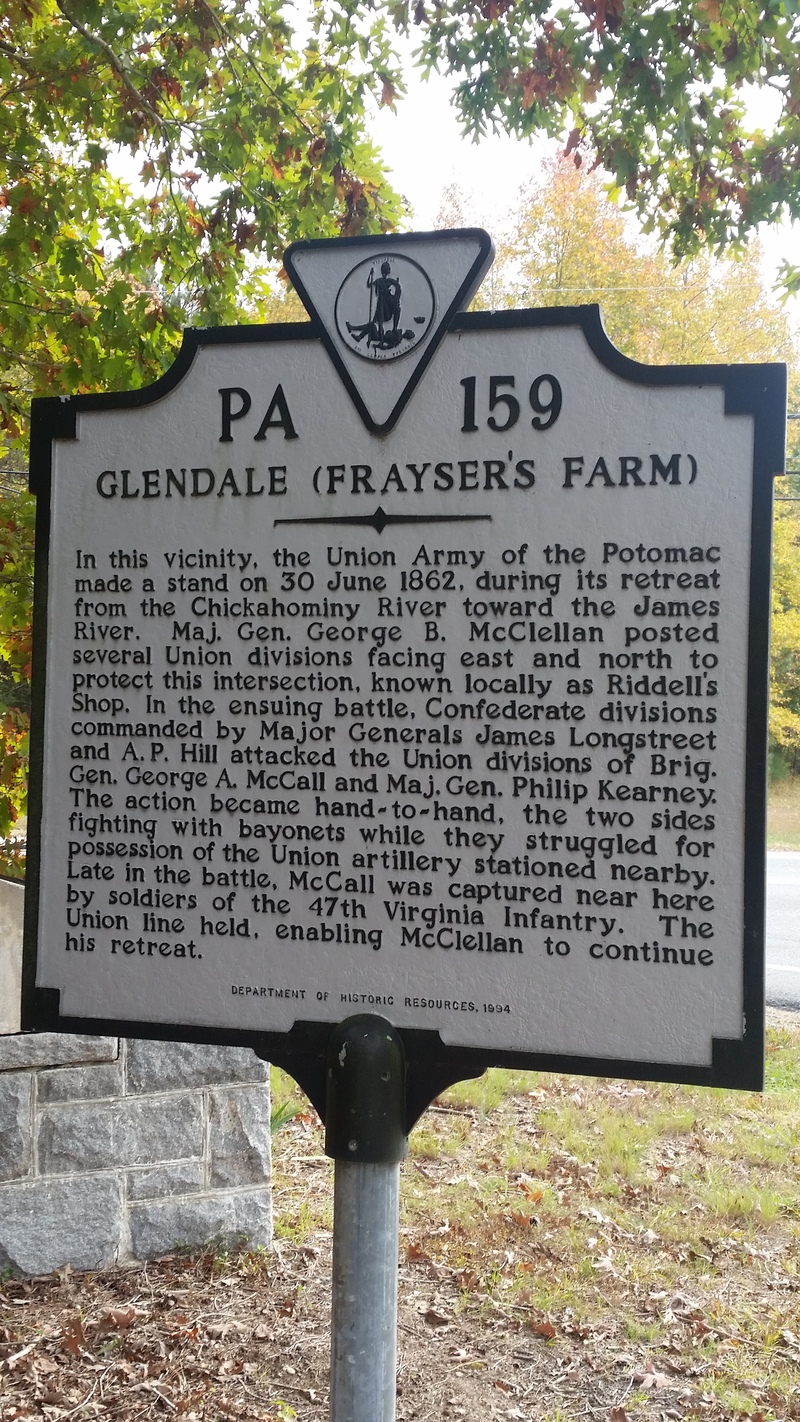 An interpretive display within the visitor center featuring an Enfield rifle. 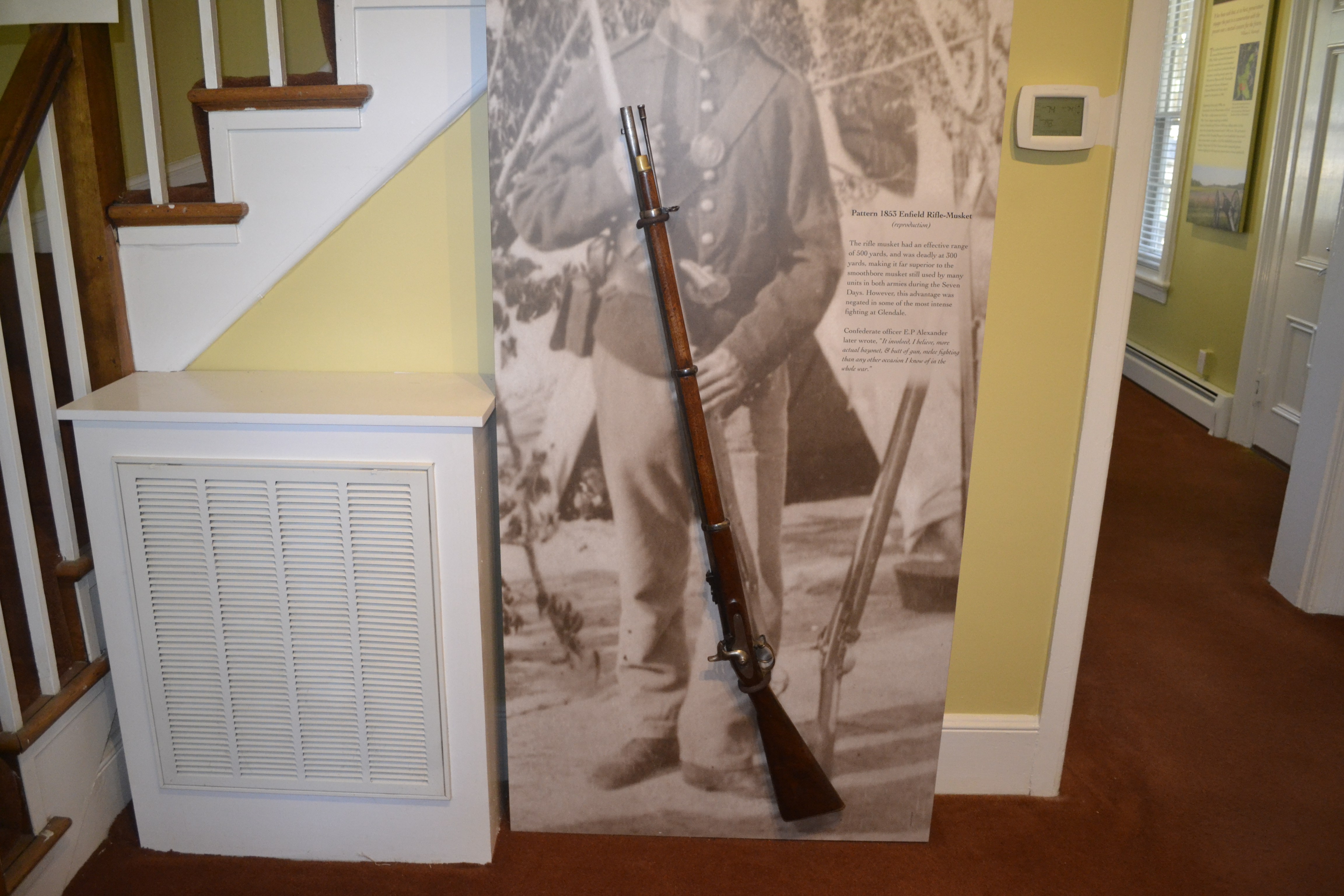 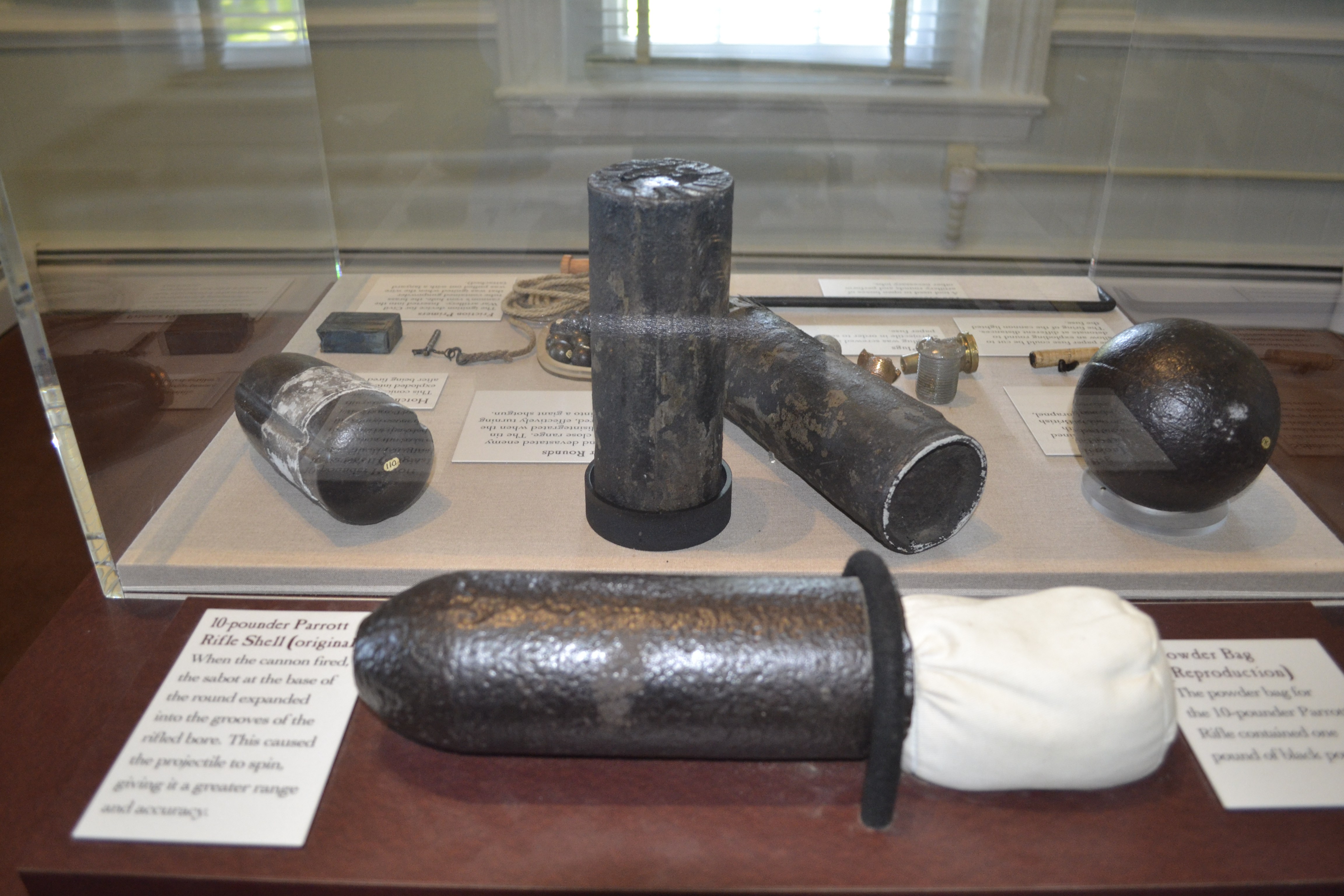 Alfred R. Waud's sketch for Harper's Weekly. This was done as fighting raged along the Charles City Road during the Battle of Glendale 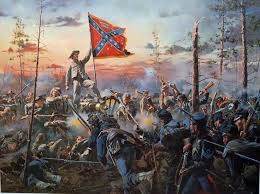 The Battles of Glendale (or Frayser’s Farm) and Malvern Hill were both part of the larger Seven Days Battle which was a series of six battles that took place over seven days from 25 June through 1 July 1862.  Likewise, the Seven Days Battle was part of the larger Union Army of the Potomac’s Peninsula Campaign, during which Union forces attempted to capture the Confederate capital of Richmond.  After their attempts failed, and face with a constant barrage of Confederate attacks and maneuvers, the Union army retreated back down the Peninsula formed by the James and York River. General Lee’s Army of Northern Virginia attempted to prevent that retreat.

The Battles of Glendale and the culminating battle of Malvern Hill were the last two of the Seven Days Battle.  The Battle of Glendale (June 30) was probably Lee’s best chance to prevent the Union army from reaching the James.  However, a series of communication and tactical errors allowed the Union forces to escape and establish a defensive position on Malvern Hill (July 1).

On 1 July 1862, the entrenched Union forces on Malvern Hill were able to repel multiple Confederate assaults due largely to the effectiveness of their artillery.  After the battle, Lee allowed his exhausted army to rest while Union General George McClellan continued his retreat to Harrison’s Landing, where he was protected by the Union navy and Union-controlled Fortress Monroe, essentially ending the Peninsula Campaign.