This 1,7882 acre state park spreads between Easton and Sharon and is one of the most renowned and historically rich parks in the Commonwealth of Massachusetts. This beautiful park demonstrates that conservation allows generations of communities to experience nature and history. The main entrance and visitors center (located in Easton) provides all the information one desires for navigating their adventures through the park. Over 20 miles of trails weave through the park, allowing visitors to: walk, run, hike, casually bike, mountain bike, ride horses, and walk dogs. There are also wide open spaces to enjoy beautiful days, and pets are permitted if leashed. Picnic tables are scattered throughout the park, assuming that visitors will clean up. The park possesses a complete frisbee golf course. The 6 ponds offer many opportunities to fish, kayak or canoe. Winter-time calls for cross country skiing and sledding. The natural beauty, combined with the 100 year old stone mansion provides the perfect opportunity for professional and recreational landscape photographers, as well as a great backdrop for a photoshoot. This multi-purpose Massachusetts treasure will be protected for years to come.

Part of the 5k loop around Leach Pond and the Ames Mansion. (Steven Walasavage, 2007.) 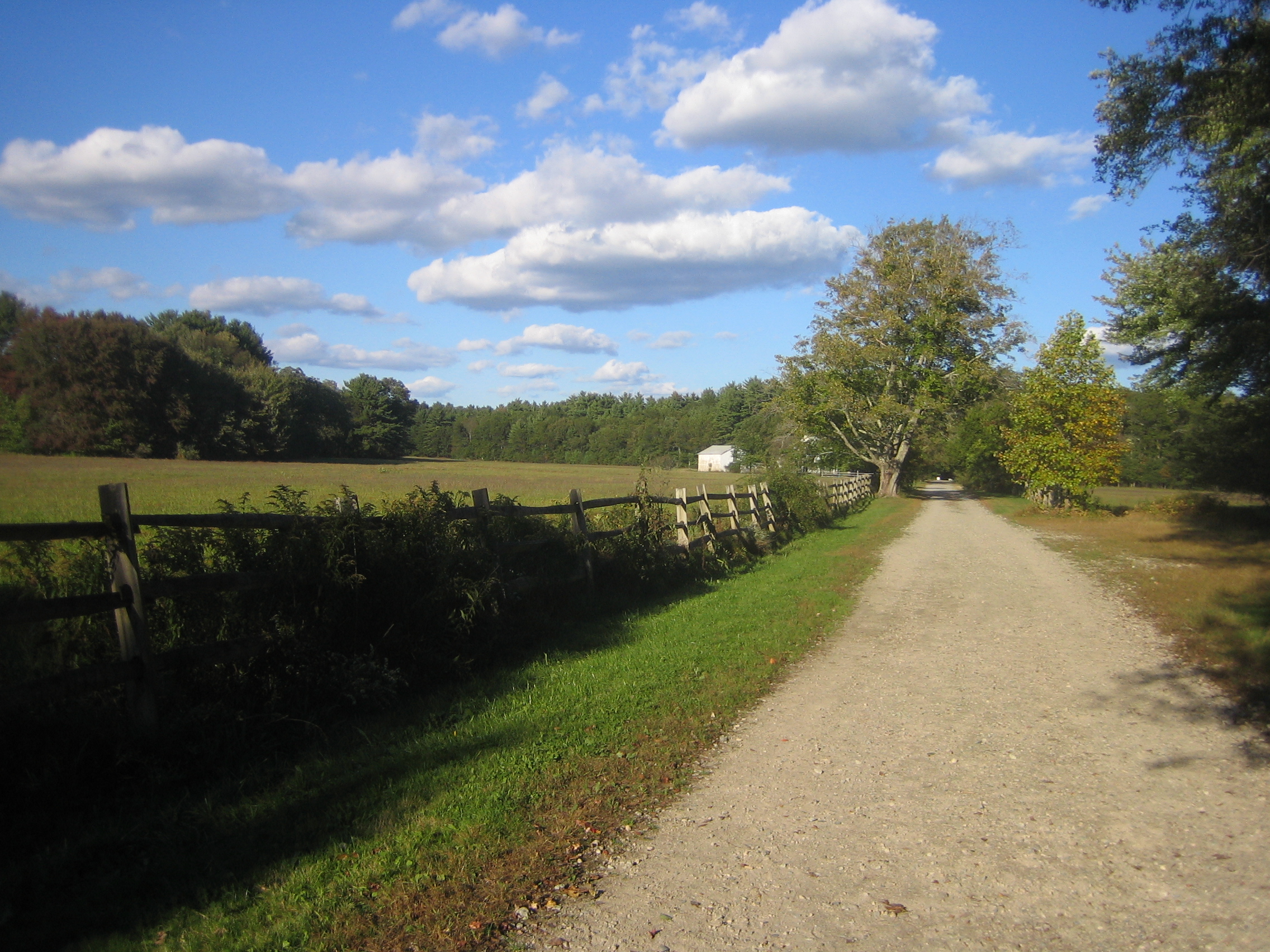 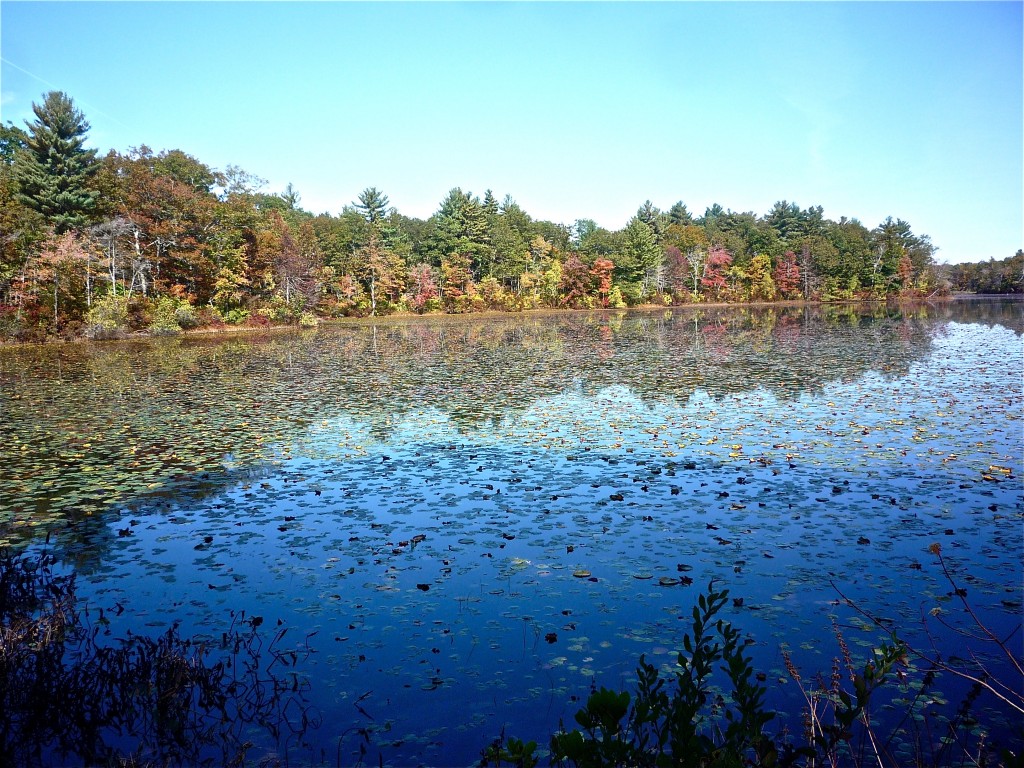 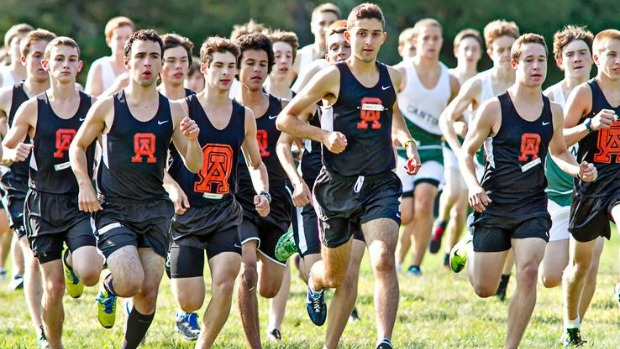 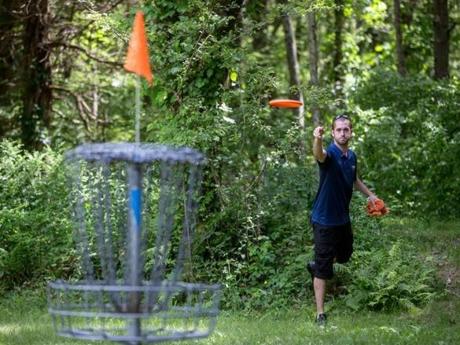 The library inside the Ames Mansion. (Kristin Norwood, 2012.) 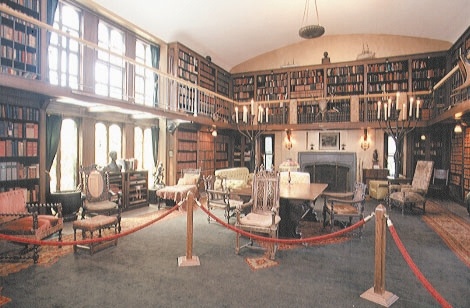 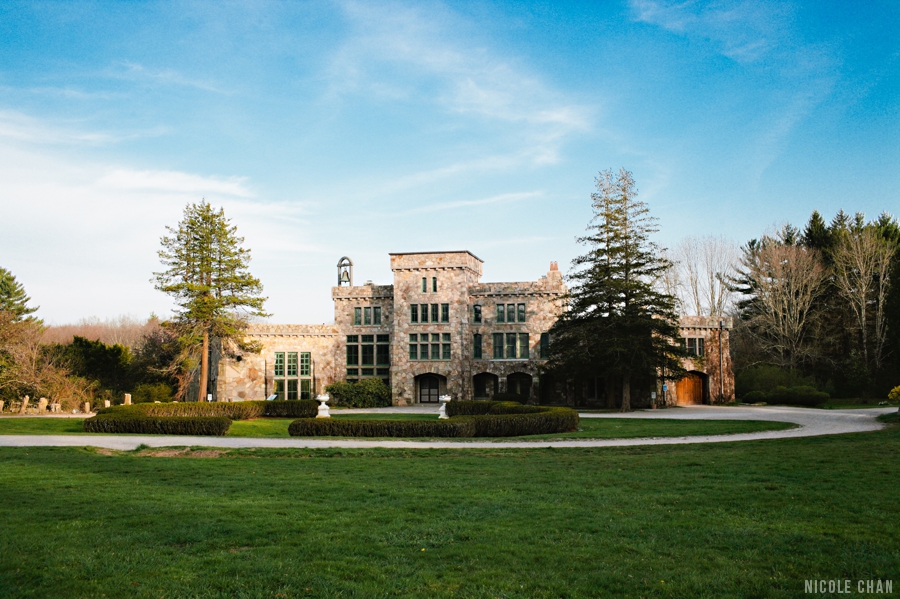 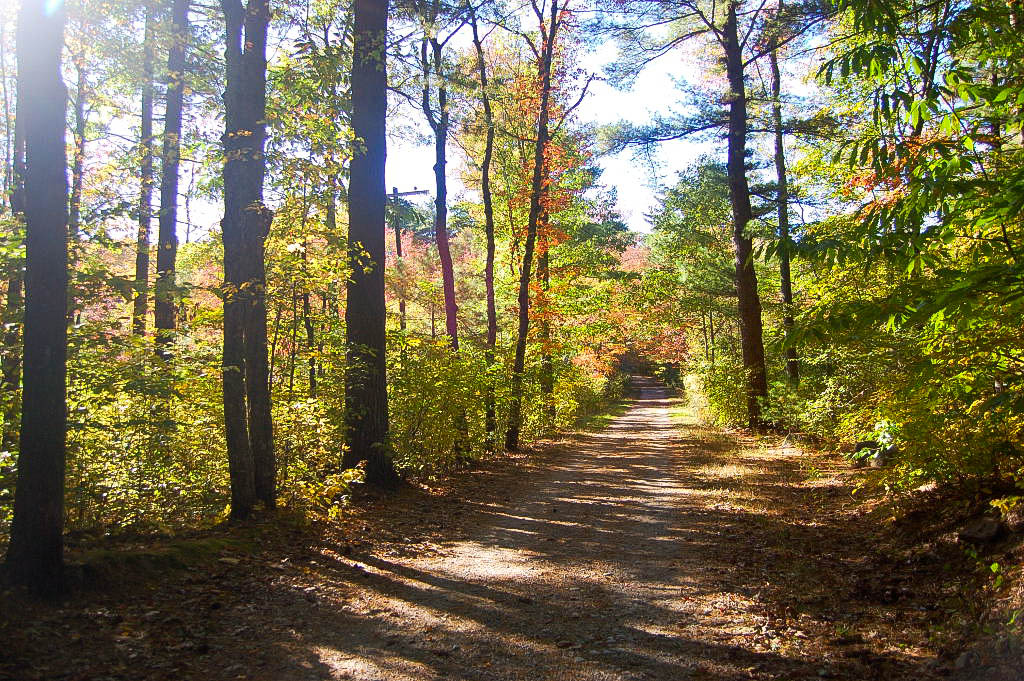 Before Europeans arrived to settle in the area in the 1690's, the park's land served as the dividing line between the Massachusetts and Wampanoag tribes. Both tribes reaped the benefits of this land, hunting and fishing here.1

In the early 1700s the land began to be used for faming and industry. Jedidiah Willis was the first to build a dam, homestead and sawmill here. Half a century later, the Tisdale family built a home in 1752 and began farming on the land for several generations. The family built another home in 1810. Only foundations remain of both homes.2

In 1825 General Shepard Leach built Leach Pond, the main pond in the park. At the time, the pond was the main water supply for Leach's Furnace Village Iron Works,  which was three miles downstream.3.

In 1906, Harvard Botanist Oakes Ames, the youngest son of Governor Oliver Ames purchased the land when the small farms were no longer prosperous. He and his wife Blanche Ames, a multi-talented inventor involved in art, farming, engineering and politics, planned to build a home and rehabilitate the land for farming, wildlife and recreation.4 The couple hired a Boston architect to construct their luxury, fireproof home on their new property.5 Unhappy with his plans, Blanche took over the design and construction management of what became a three-story, 20-room, stone mansion.6

In 1971, two years after Blanche's death, the Commonwealth of Massachusetts acquired the estate and turned it into a state park. The mansion remains closely furnished to how the Ames family left it, many Blanche's paintings still adorning the walls. The mansion houses events at the park and offers tours each week.7 The estate was named "Borderland" as it connected the borders of Easton and Sharon.

In 2008, scenes from Martin Scorsese's Shutter Island, starring Leonardo DiCaprio, were filmed in the stone lodge next to Leach Pond.8

The park is still continuing to build local history as it has become the home course for Oliver Ames High School's cross country team, and hosted the Hockomock League Cross Country Championships up until 2014. It's 5k loop around Leach Pond and Ames Mansion has been used for countless other local 5k races as well.

8am-4pm (closing times vary depending on the season)