While the building on Guadalupe was rented out to businesses (and still stands) the YMCA maintained this building near campus on Nueces Street. Image Courtesy Austin Public Library. CO7963 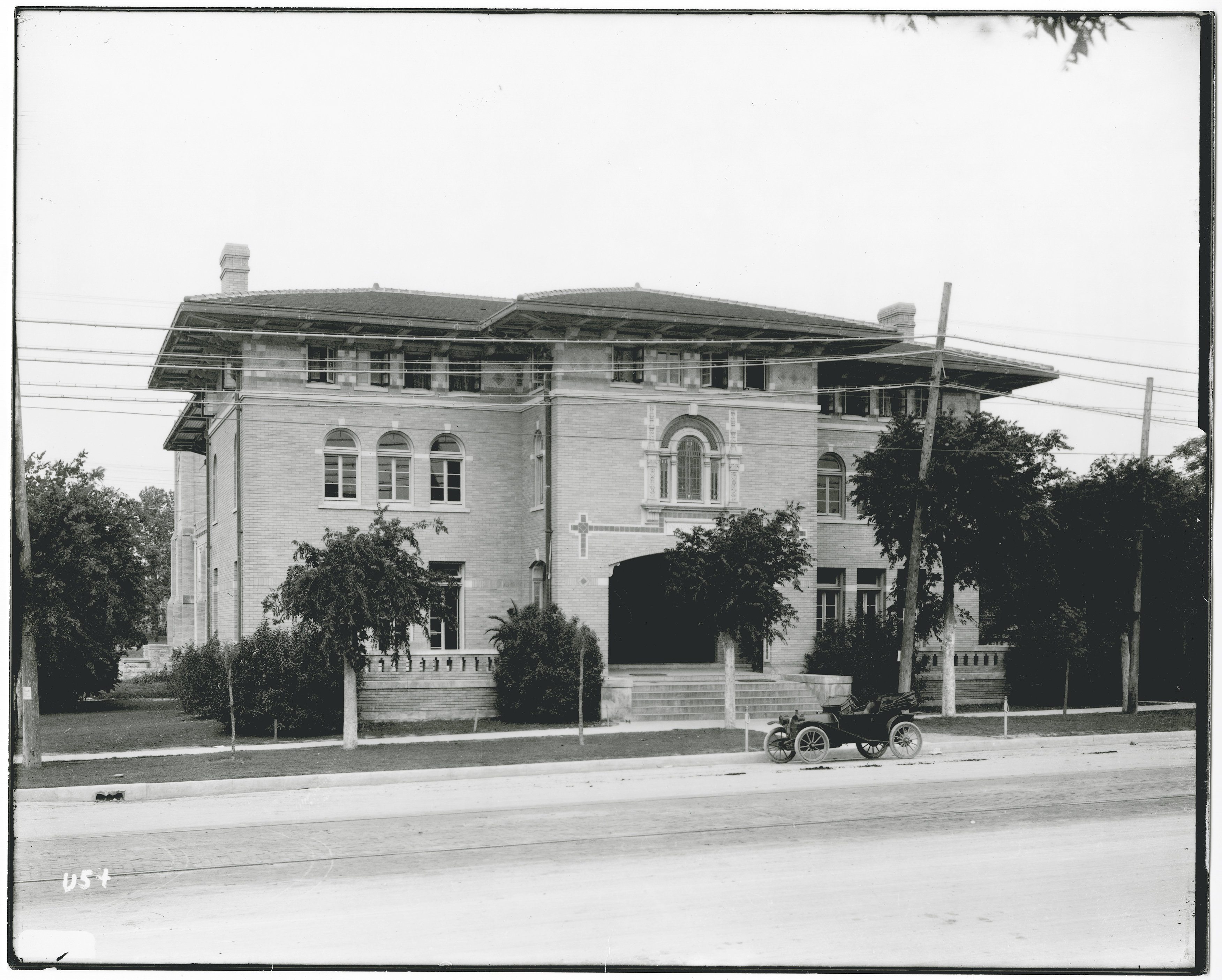 Members met in the university's Old Main Building until it was demolished in 1931. After this, members of the YWCA met at the University of Texas YMCA and the two organizations worked collaboratively. By 1960, the University ‘Y’ had developed a reputation as the most radical YWCA in the South and was actively supporting students and activists who challenged segregation.

The YWCA and YMCA challenged the status quo long before the civil rights protests of the late 1950s and early 1960s. For example, the Y hosted discussions of socialism in the 1930s. During the civil rights movement, leaders of the Y supported groups such as Students for Direct Action (SDA). The Y's Varsity Building also served as a temporary home to Austin’s underground newspaper, The Rag.

During the 1960s, Leftist student groups such as SDS and the Y became so close they were associated together by the general public. National YMCA leaders responded in 1969 in hopes of ending this association and YMCA issued this statement: “Our board in no way supports or condones the involvement of the University Y with the SDS activities. We have no control of the University Y programs.” Opponents of the civil rights movement in Texas challenged its status as a religious and tax-exempt organization which led to disruptions in the Y's ability to earn revenue on this building for some time.

On November 29, 1960, the University YMCA hosted a meeting of 25 members of the University Religious Council Committee, eight of which were African American students, to discuss the recent integration campaign targeting the restaurants on Guadalupe. IOn that day, a homemade bomb was detonated just outside the meeting room. None of the students in the meeting were harmed in the explosion. The total damage by the bomb consisted of a broken window and cracked cement, amounting to just under $50 in damages.

Despite the lack of injury, the blast spurred a joint investigation by the University police, the Department of Public Safety, and the Federal Bureau of Investigation. On November 30, police arrested William McKnight, a sophomore physics student from Kerrville, who confessed to making the bomb and implicated John Winborn, a sophomore pre-law student from Dallas, as an accomplice. On December 2, the two students were indicted after nine hours of deliberation by a grand jury on felony counts of “injury of private property belonging to another.” The students plead guilty to a misdemeanor and were sentenced to thirty days in Travis County Jail and fined $200 each. Winborn and McKnight were released after about twenty days for good behavior.