This handsome Richardsonian Romanesque fire station was constructed in 1899 at the height of Calumet's copper mining boom. It is now the Upper Peninsula Fire Fighters Memorial Museum. At the time it was built, the town was called Red Jacket and the station was called the Red Jacket Fire Station. The museum features several vintage fire fighting trucks, pumps and other apparatus. These include an American La France pumper built in 1919 and another one in 1951, an 1857 hand pumper, and a 1942 Ford truck. There is also a replica brass pole that fire fighters would use to get down to the first floor. The original 1898 alarm box is still attached to the facade of the building and it still works; it is rung during tours. The building is part of the Keeweenaw National Historic Park (which encompasses Calumet and the immediate areas to the south) and is listed on the National Register of Historic Places. 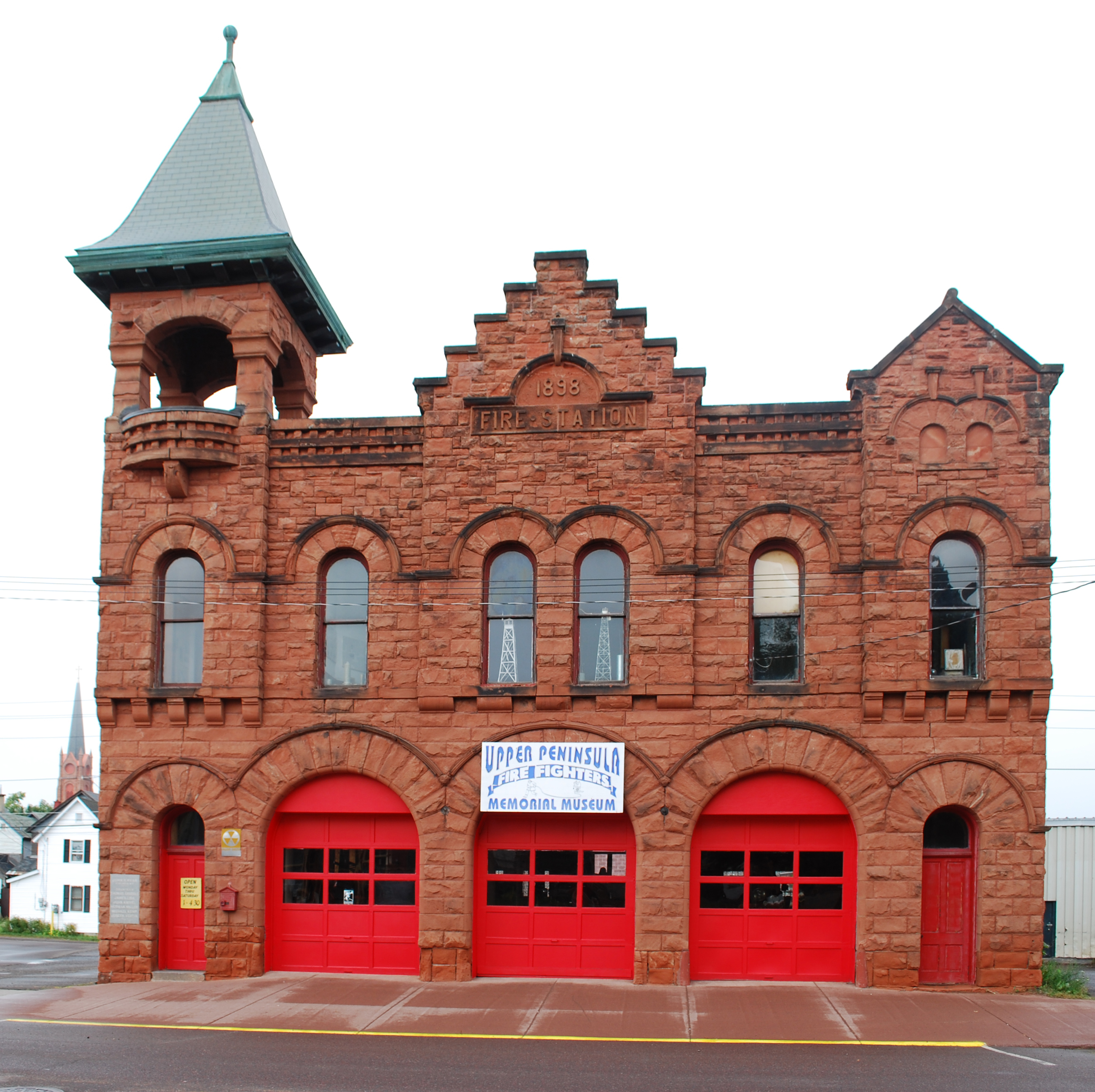 Several of the trucks on display 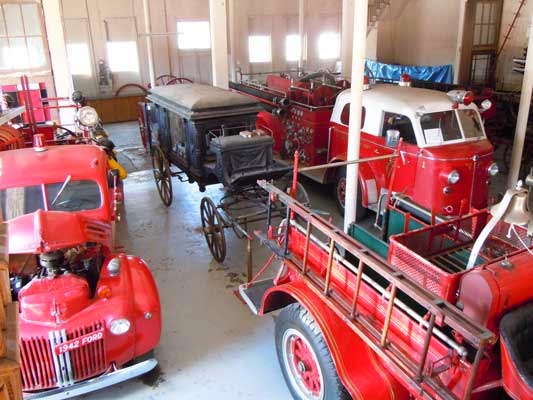 Horses were used until the 1930s even though the station received the La France pumper in 1919. The fire station moved to the town hall in 1964. The station building was then used for storage until the museum opened in 1991, thanks to the efforts of local fire fighting enthusiasts.