Named in honor of a donor who helped finance the construction of its galleries, the Brohard Hall of Traditions serves as a museum that preserves and shares the history of Mountaineer football from 1891 to the present. 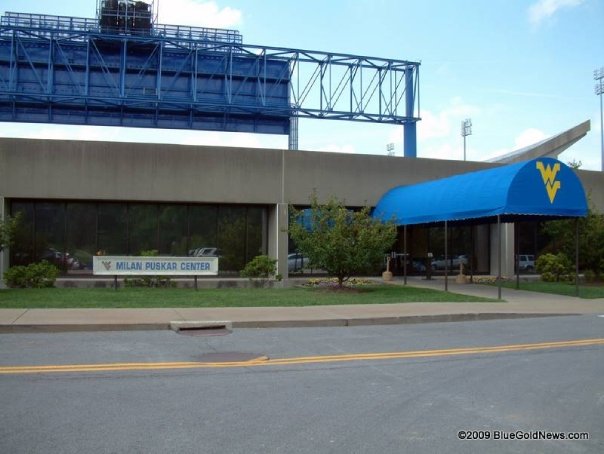 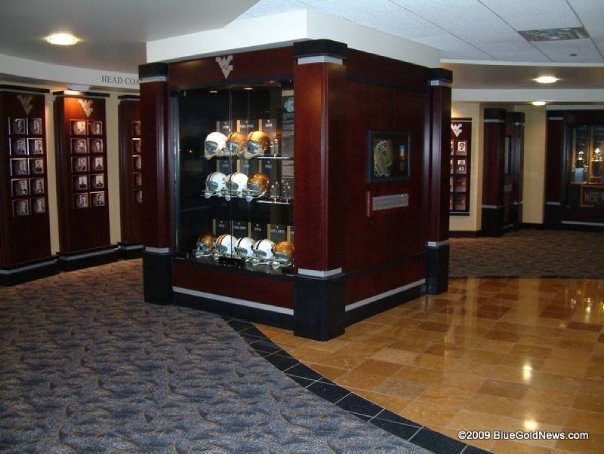 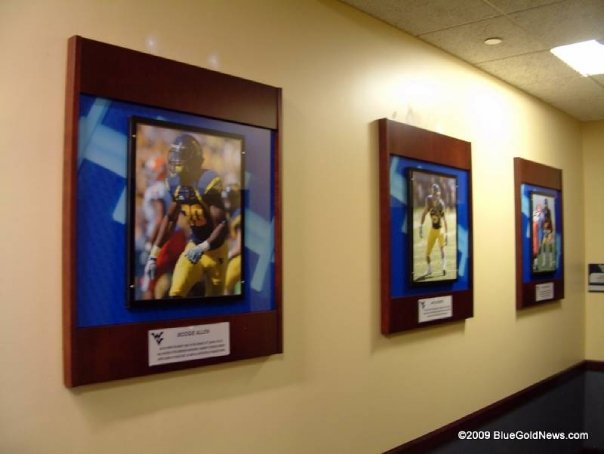 Through exhibits related to the history of the team and college football itself, this small museum space demonstrates the rise of college football from the late 19th century to the present. Visitors can see historic uniforms that worn by actual players over the past century, with jerseys, pads, and helmets demonstrating how the game has changed and how coaches and administrators have responded to protect the players.

These galleries were completed in 2006. Similar to other collegiate halls of fame, the galleries pay tribute to some of the great local players who led various Mountaineer teams to conference championships. There are also a number of interactive exhibits that invite guests to watch videos about various players, coaches, and other important figures in West Virginia University football history. For example, one interactive display is dedicated to Jack Fleming, known as “the Voice of the Mountaineers” due to his long career in broadcasting.

The Donald J. Brohard Hall of Traditions is open to fans during weekdays, 9 am to 5 pm.