Established in 1988, the Frederick Douglass National Historic Site preserves the home and legacy of Frederick Douglass, a formerly enslaved man who became one of the most influential people of the 19th century. Douglass was a leading abolitionist, newspaper editor, civil rights advocate, author, orator, and statesman. This Victorian-style home was built between 1855 and 1859 for John Van Hook. Douglass purchased the home in 1877 with the aid of Freedmen’s Savings and Trust Company. Douglass and his wife, Anna, moved into the home in 1878 after he received an appointment as the marshal for the District of Columbia. Frederick Douglass lived in the home until his death in 1895 and it was acquired by the National Park Service in 1962. In 2017, the site was used to represent Washington D.C. on its commemorative America the Beautiful quarter-dollar coins. 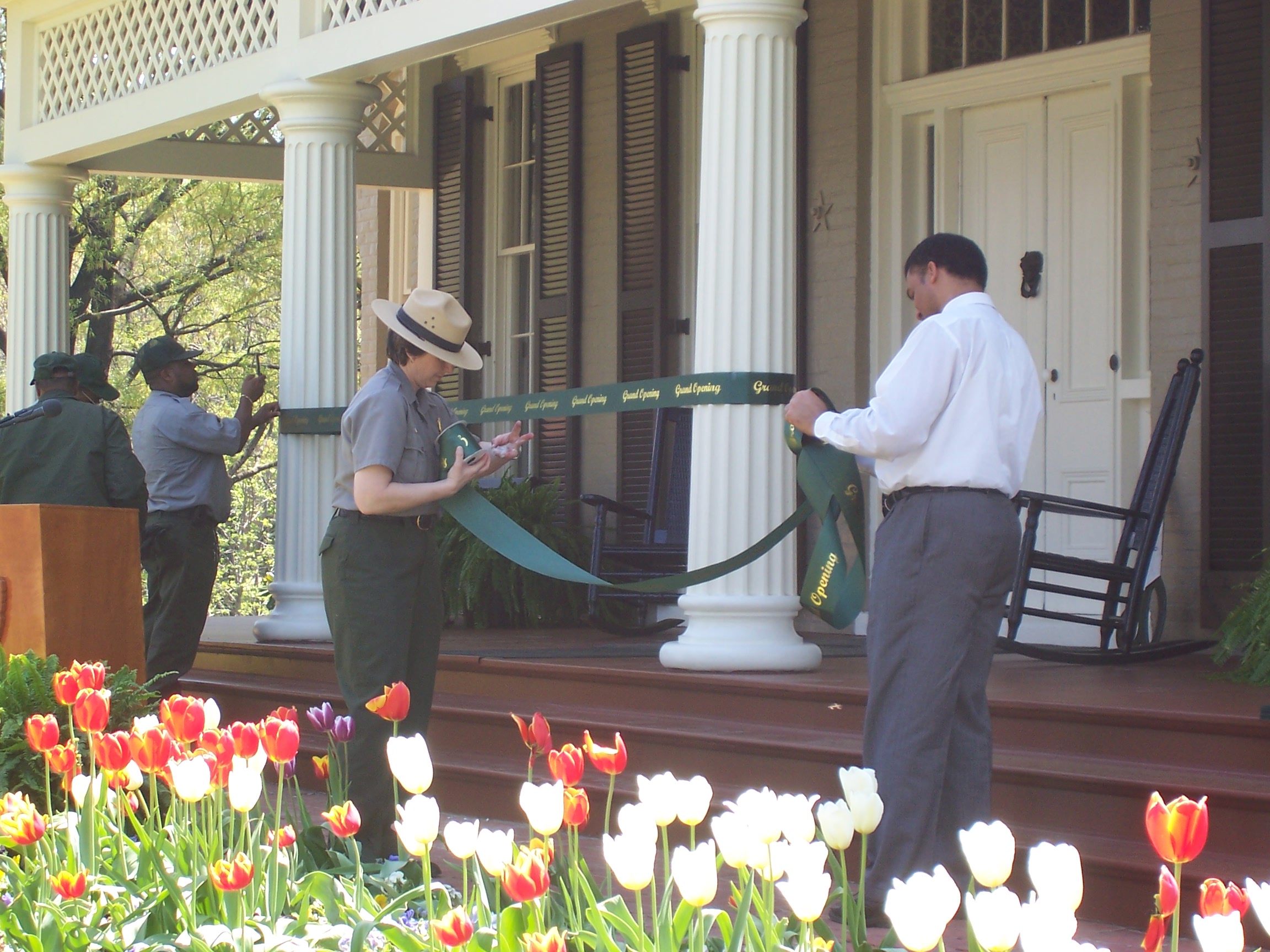 Originally bought by John Van Hook in 1855, Douglass named the home Cedar Hill and lived here from 1877 to his death in 1895. 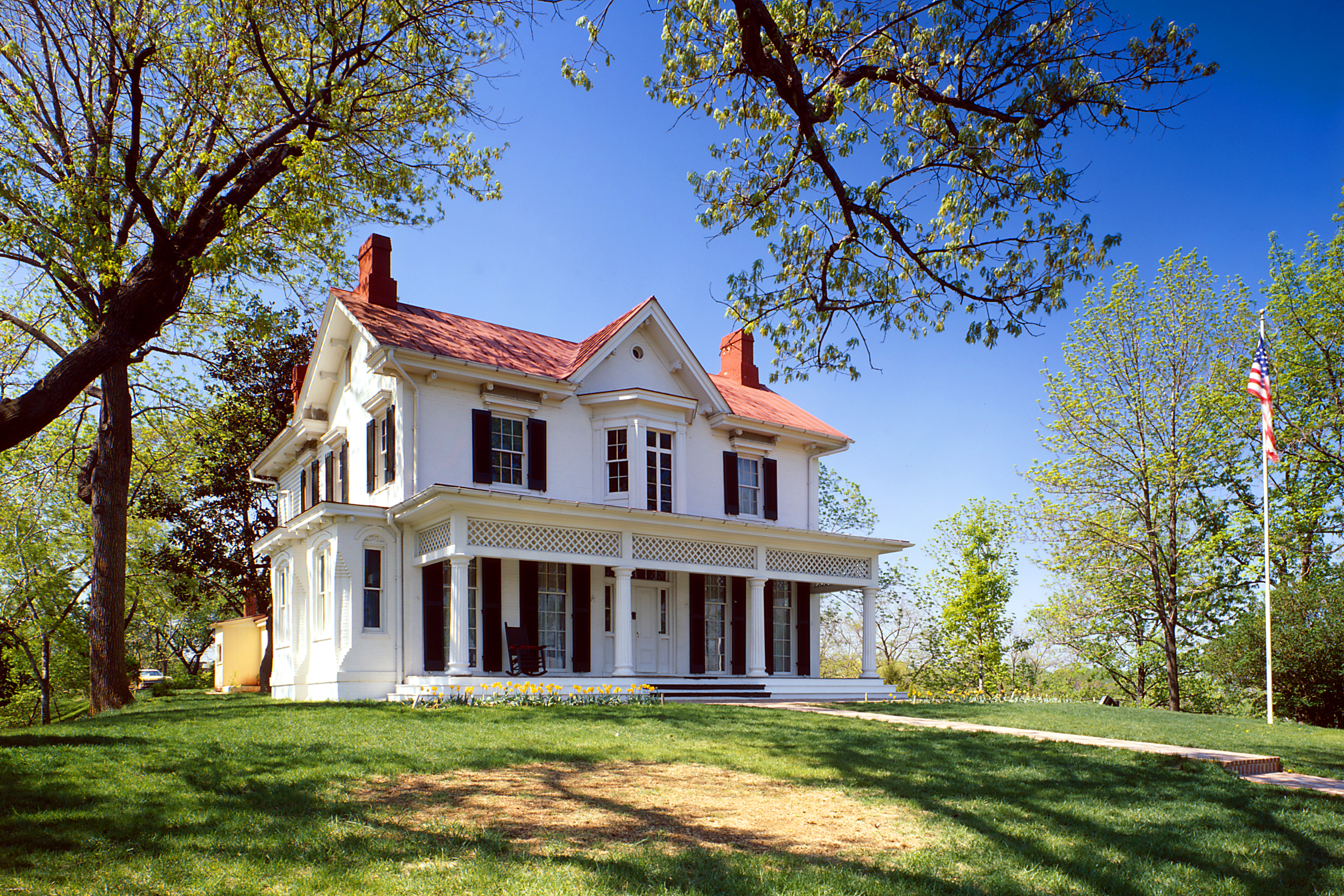 The reconstructed "Growlery" where Douglass worked at his writing. 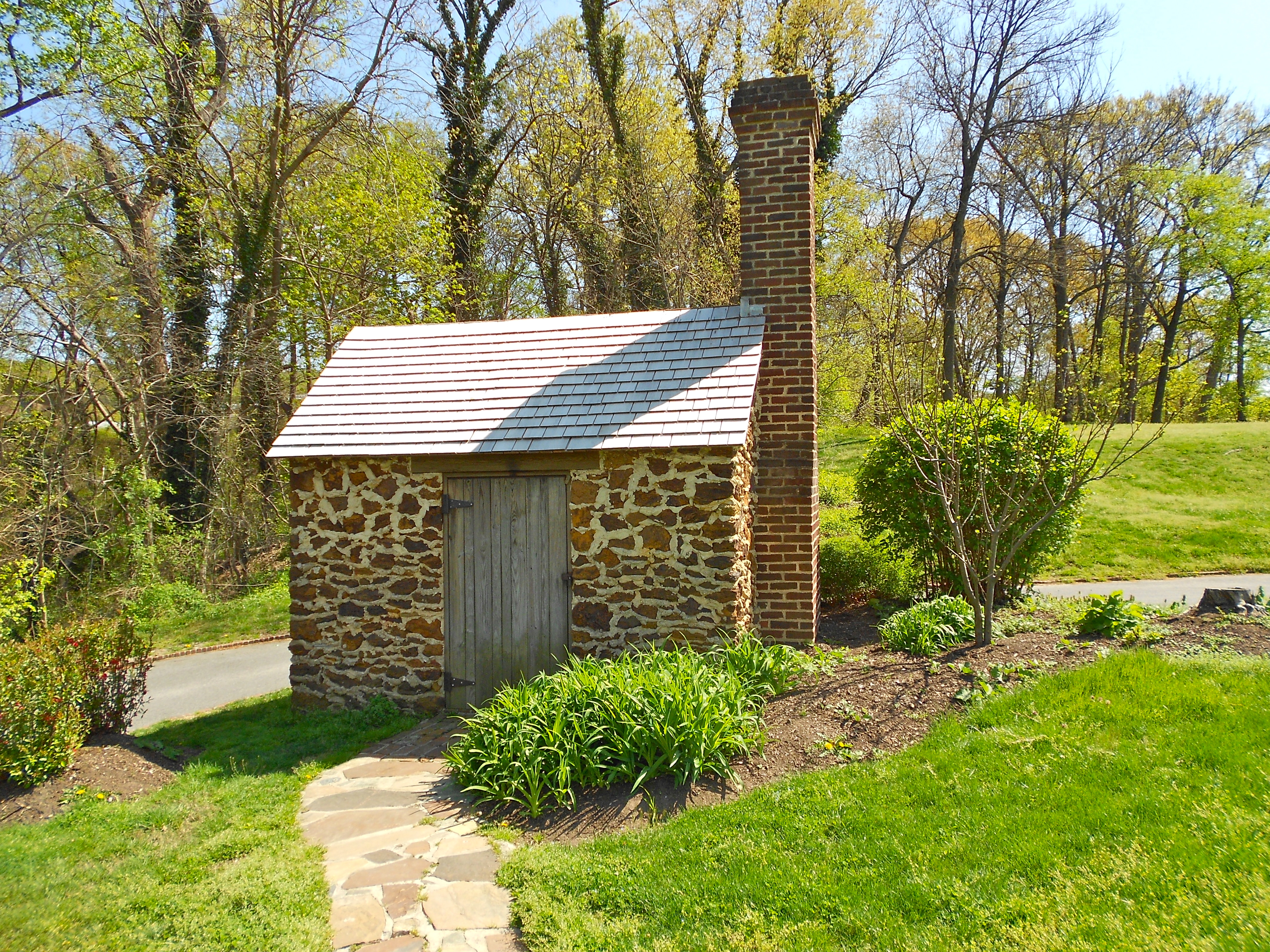 Douglass's study. After Douglass's death in 1895, his widow founded the Frederick Douglass Memorial and Historical Association in 1900. This group, along with the National Association of Colored Women, owned the house until 1962. 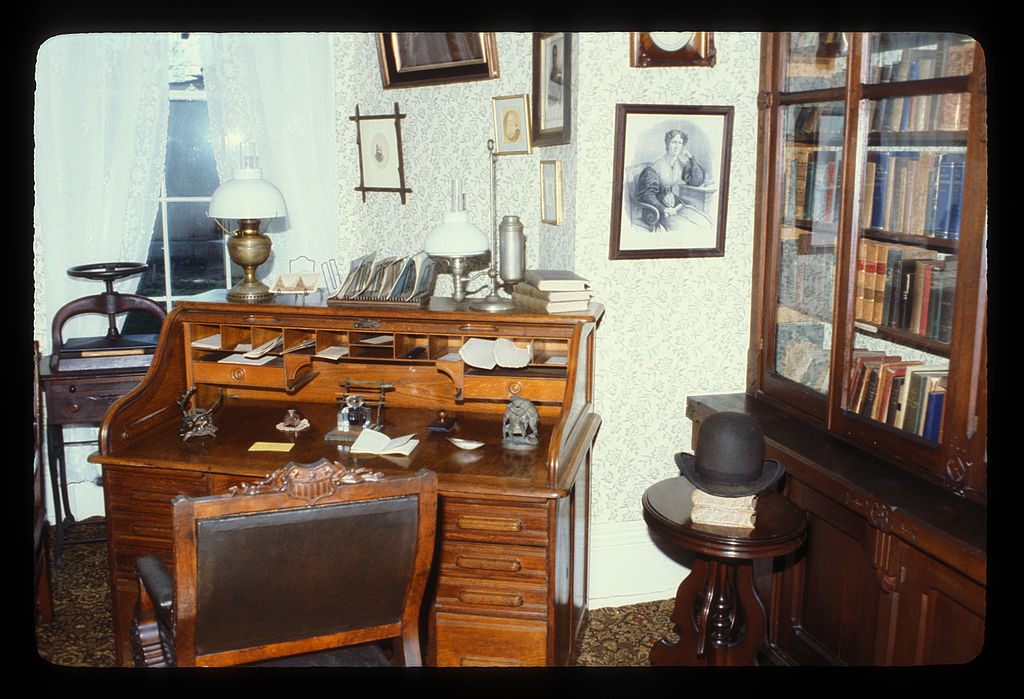 Cedar Hill in February 1887. The man standing near the house is probably one of Frederick Douglass's sons or grandsons. Source: NPS 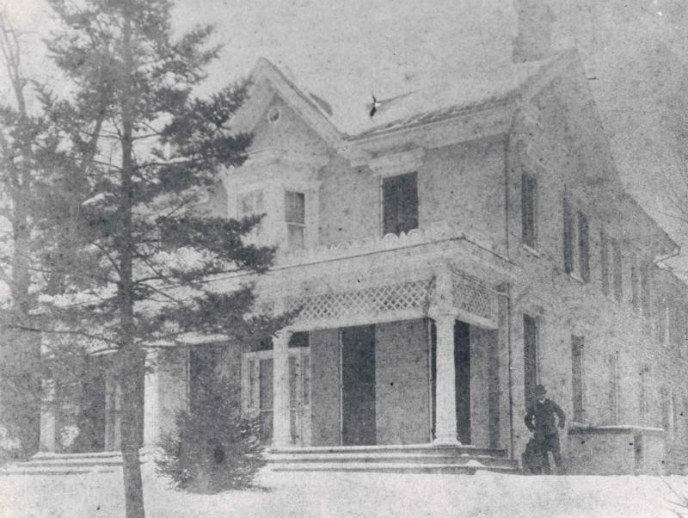 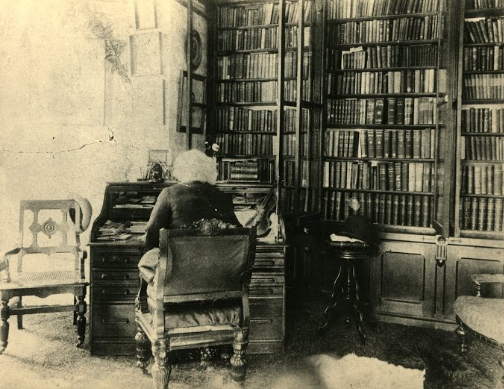 Picturing Frederick Douglass: An Illustrated Biography of the Nineteenth Century's Most Photographed American 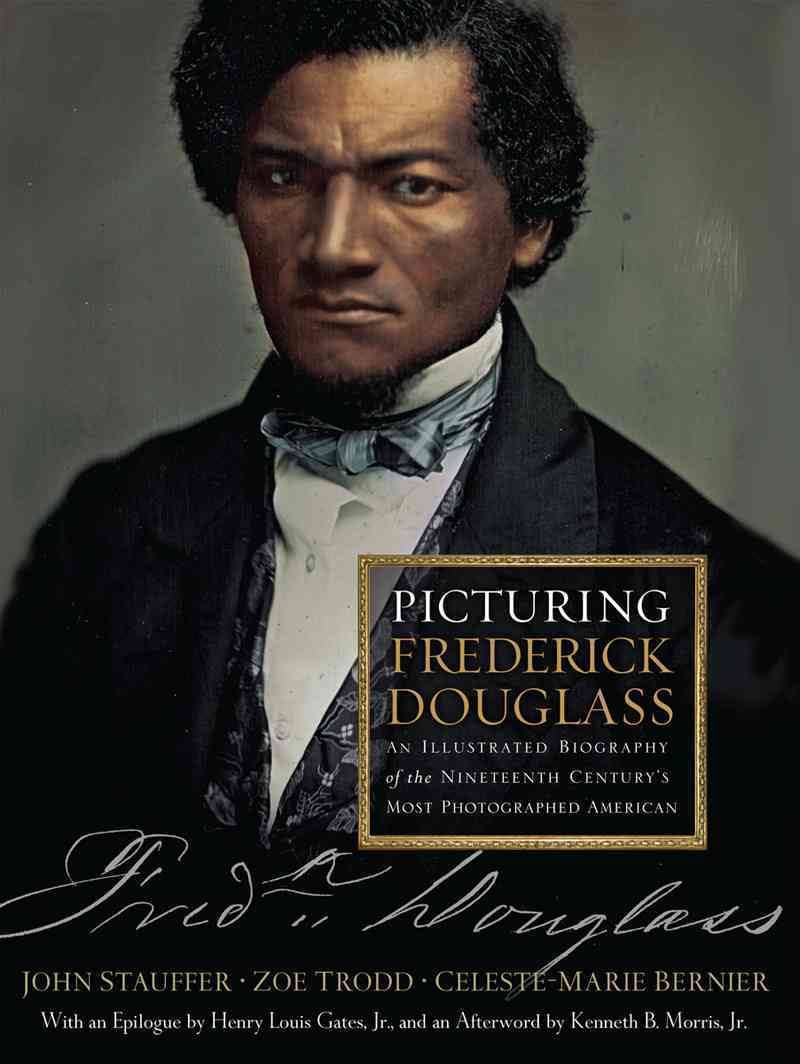 Douglass was born as a slave in Maryland and it was conducted in his grandmother’s cabin on the plantation his family lived at. He was a mixed race kid with Native American, African, and European in his ethnicity, but he was overall African-American. Douglass wasn’t even Fredrick’s born surname as his official surname was Bailey, but he dropped it after escaping slavery. He was separated from his biological mother and given to his grandmother, who raised him primarily during his younger years. Douglass was switched around to many other guardians at different plantations as well.

One of his guardians, Hugh Auld, had his wife take care of Douglass and she began teaching him the alphabet and how to read. She also saw to it that Douglass was fed and slept in a normal bed which Douglass appreciated. Her husband disapproved of the tutoring feeling that teaching him literacy would bring about a desire of freedom. This changed his wife’s behavior towards tutoring Douglass and she believed that teaching and slavery were not compatible. She hid all other reading materials from Douglass as well.

However, Douglass self-taught himself in secrecy learning to read and write properly. Douglass would soon escape aboard a train and traveled to Havre de Grace, Maryland effectively freeing himself from slavery. He was supported by his lover, Anna Murray, who helped provide support for his escape attempts and even escaped with Douglass. They traveled by steamboat to Pennsylvania and then set up a home in New York. They married each officially on September 15, 1838.

Frederick Douglass is among the most important individuals in United States history. After escaping from slavery in Maryland, Douglass became an internationally renowned abolitionist; he was also a social reformer, writer, and a firm believer in the equality of all peoples. Following the Civil War, as well as his appointment as the marshal for the District of Columbia and the stable income it brought, Douglass and his first wife, Anna, moved to Cedar Hill and lived in a lavish Victorian home originally built for John Van Hook. Douglass even founded his own newspaper and wrote a few books about his life experiences.

Douglass also held a few public offices in his time like being the first person of color to serve as a marshal to the District of Columbia and he was the United States Minister Resident to Haiti. He was the first African-American vice presidential nominee, but it was done so without his permission and Douglass was nominated by the Equal Rights Party. Douglass was also a notable supporter of women’s rights. He officially died on February 20, 1895 leaving a good impression on the modern social political views of today’s America.

The home atop Cedar Hill was originally built between 1855 and 1859 for John Welsh Van Cook, an architect who later helped developed Uniontown, known as Anacostia today. The Freedmen’s Savings and Trust company purchased the home in 1877, but in September of that year, Douglass bought the property by paying $6,700 (equivalent to about $152,300 today). During his time at the home, Douglass made several additions, converting it into a 21-room mansion. The renovations included the construction of a two-story, wood-framed addition at the back of the house. The kitchen was made into a dining room and a new kitchen was added to the south wing. Upstairs a partition, which divided two rooms on the west side of the house, was removed and replaced by two walls to make three smaller bedrooms. The attic was also finished and added five more rooms. Douglass also built a new library and another bedroom on the second story.

After Douglass's death, his second wife, Helen Pitts, partnered with the Frederick Douglass Memorial and Historical Association , who partnered with the National Association of Colored Women, to complete the first restoration of the Douglass Home in 1922. In 1962, the Frederick Douglass home and Cedar Hill became part of the National Park system. Ten years later, after several restorations, the house officially reopened to the public as a historical site and museum. Today, the Frederick Douglass Historic Site pays tribute to Douglass’s life and work. Visitors can find many authentic artifacts, furniture, and other home furnishings, most of which are virtually untouched. Furthermore, the historic site provides exceptional educational opportunities for anyone looking to learn more about Frederick Douglass and his social efforts.