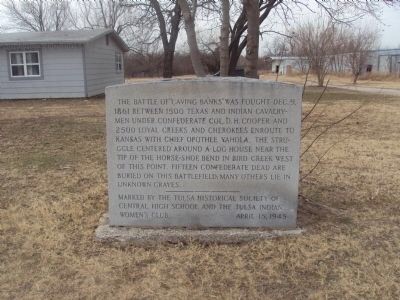 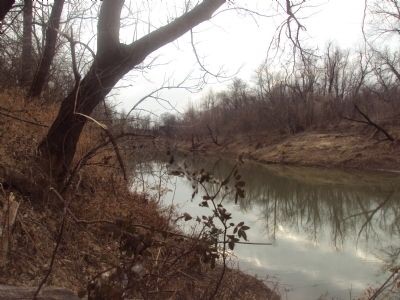 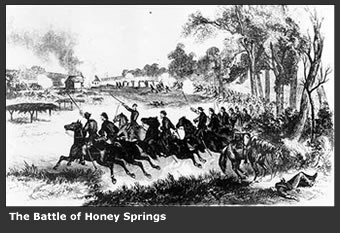 When the Wolf Came: The Civil War and Indian Territory, book 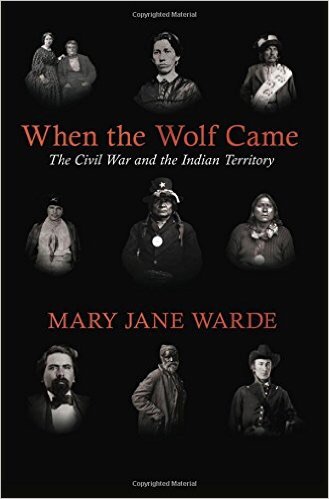 Native Americans fought on both sides during the Civil War, and this battle was part of a larger Civil War campaign in present-day Oklahoma (known as "Indian Territory" at the time). During the 1830s, the removal of the Cherokee Nation from their homeland caused the tribe to split and break into separate factions. These two groups continued to be divided in the years following removal, as did several other leading tribes in the region. While slavery was the cause of most of the divisions between the northern and southern states, the situation was different for the Cherokee, as many of the prosperous Native American families owned slaves.

Confederate leaders took advantage of the internal disagreements among the Cherokee and other tribes. Recognizing the federal governments history of breaking treaties with Native tribes, Confederate leaders saw an opportunity to recruit some Native people to the Southern cause. Other Native Americans joined the Union forces.

Present-day Oklahoma gradually became a Confederate stronghold as pro-Southern militias took control of communities and frontier lands. However, by 1863, Union forces had recaptured Fort Gibson and Fort Smith. Due to the independence of Native American tribes, who did not recognize Richmond's authority to surrender on their behalf, pro-Southern Native tribes continued to serve under General Stand Watie after the Confederate surrender at Appomattox. Watie's pro-Confederate soldiers continued to operate along the Southwestern frontier and were the last pro-Southern troops to surrender.

Watie surrendered on June 23, 1865, over three months after Lee’s Army disarmed at Appomattox. However, Confederate control of Indian Territory was effectively ended following a successful Union attack at Honey Springs on July 17, 1863.