Fort Assinniboine was one of the largest forts ever constructed in the country. It was established in 1879 near the Milk River with the main purpose of defending against possible attacks by Sioux (led by Chief Sitting Bull) and Nez Perce Native Americans who had fled to Canada following the defeats of both tribes in wars of the previous years. The fort was located on a large military reservation that was, at its peak in 1880, over 700,000 square miles. There were 104 buildings housing 750 officers, soldiers and their families. Only a few buildings remain, including the Officer's Quarters. The fort was listed on the National Register of Historic Places in 1989. 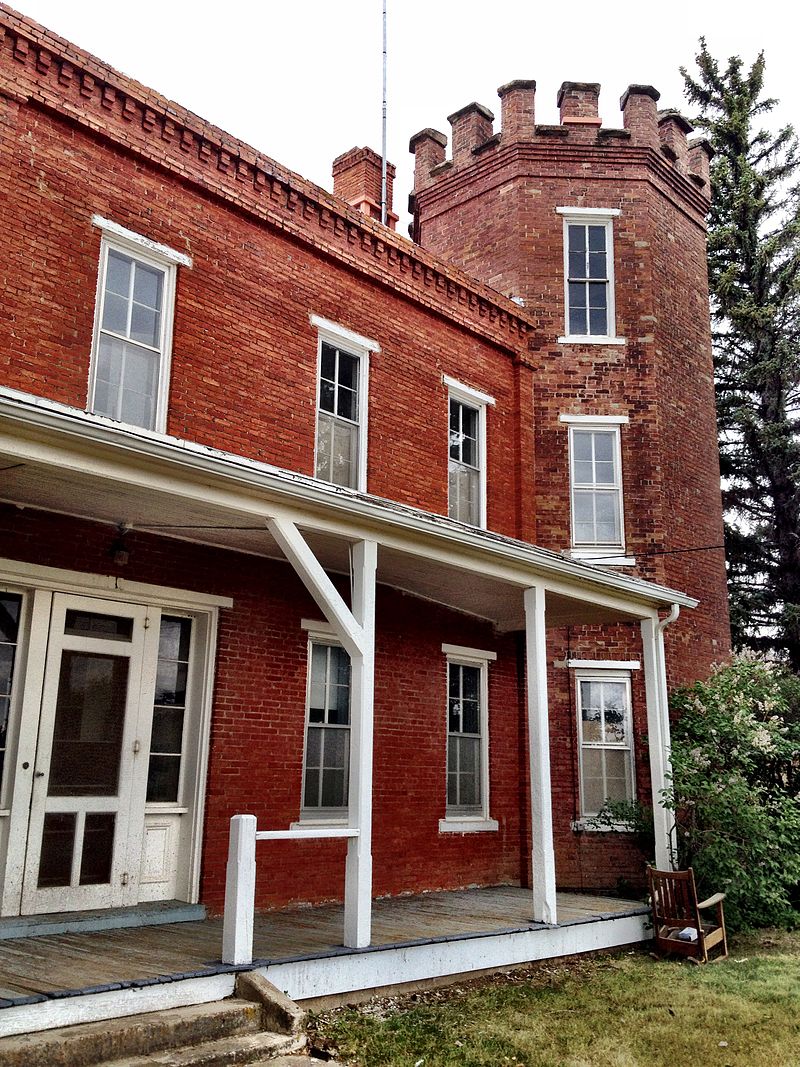 Some of the other remaining buildings

Among the men stationed at the fort was the all black 10th Calvary Buffalo Rough Riders, who would famously fight in Cuba alongside Theodore Roosevelt in the Spanish-American War. Another person of note stationed at the fort was John Pershing, who would rise to become general and leader of the American Expeditionary Force in World War I. He also led the Rough Riders in Cuba.