The Lorton Nike Missile Site E-97 was created due to the tensions between the Soviets and the United States following World War II, a time known as the Cold War. The Nike Missile site was created outside of Washington DC to protect the nations capital of an attack from the Soviet Union if there was to be one. 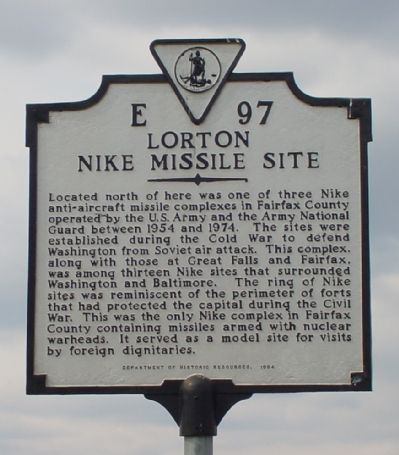 The ceremonial first public display of the Nike Hercules in the San Francisco Defense Area, on Jan. 20, 1959 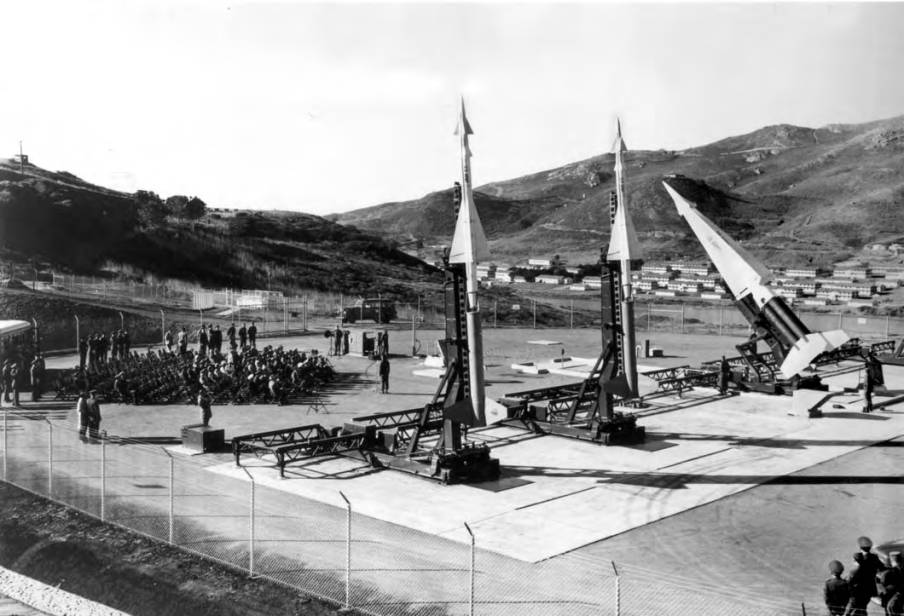 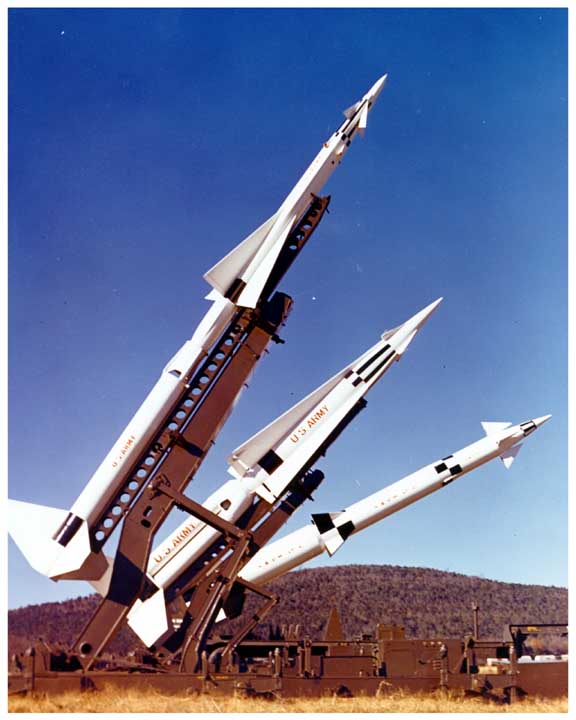 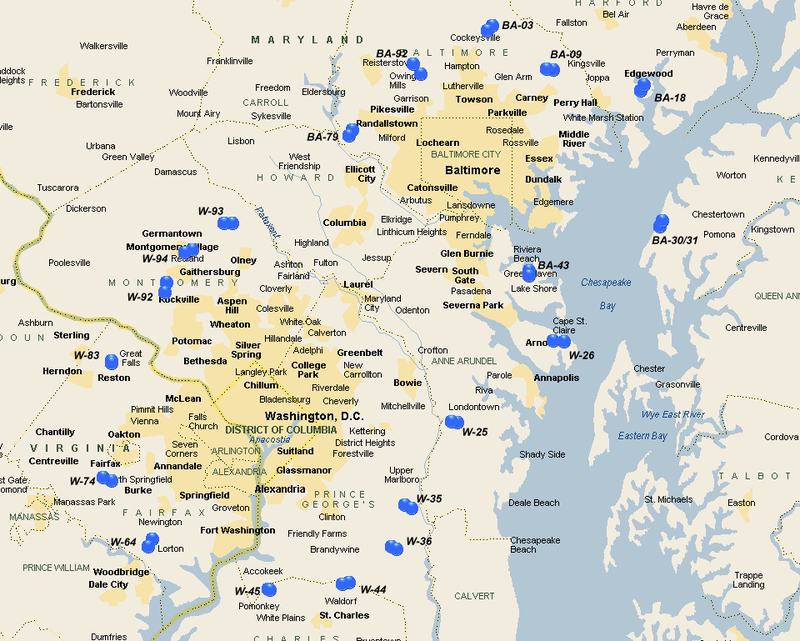 US Strategic and Defensive Missile Systems 1950-2004 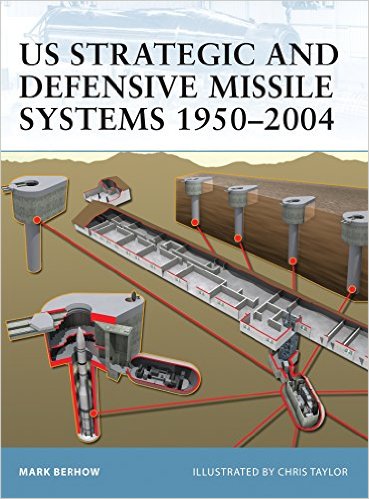 After World War II tensions were high between two Super Powers: America and Russia. This time is referred to as the Cold War, because there was no actual “war” with guns; it was a time when each country built up their military and nuclear weapons. Each country was afraid of the other attacking and would do whatever they needed to do to prevent, stop, and react if they needed to. It was a time where everyone was on their toes, to say the least; in order to protect our country and Washington D.C. many measures need to be put into place. The NIKE Missile Sites were the first nationwide air defense system designed to protect against a Soviet nuclear attack.

The site at Lorton was selected because it was a short distance from Washington, and the Federal Government already owned the land. Situated on thirty acres, the Lorton site was a "double site" in that it had six rather than three magazines and twice the normal staff, according to Chris Bright, a scholar and author who has extensively researched and written about the Cold War era and NIKE Missile sites. The Secretary of the Army dubbed the Lorton site the "National NIKE Site" and it became a showplace for visiting foreign dignitaries as well as national and local politicians. For a period of time, local citizens were encouraged to visit, and Scout troops were frequently invited to tour the facility. The launch area could be seen from Furnace Road while the radar site was located just off Silverbrook Road. By 1958, a new NIKE-Hercules missile had been developed and many were equipped to carry nuclear warheads. The Lorton site, which had formerly housed NIKE-Ajax missiles, was converted to provide for the new missiles. Only about one-third of the sites nationwide were chosen for conversion. To effect the conversion, gas detection systems were installed to detect leaks in the tritium gas detonation system and elevator motors and mechanisms that lifted the missiles to the surface had to be upgraded to accommodate the heavier missile. Not all NIKE-Hercules missiles carried nuclear warheads, but analysts later suggested that those at the Lorton site were indeed nuclear missiles.

Located North of here was one of three Nike anti-aircraft missile complexes in Fairfax County operated by the U.S. Army and the Army National Guard between 1954 and 1974. The sites were established during the Cold War to defend Washington from Soviet air attack. This complex, along with those at Great Falls and Fairfax, was among thirteen Nike sites that surrounded Washington and Baltimore. The ring of Nike sites was reminiscent of the perimeter of forts that protected the capital during the Civil War. This was the only Nike complex in Fairfax County containing missiles armed with nuclear warheads. It served as a model site for visits by foreign dignitaries.