This 32-acre village is a meticulous replica of a typical 19th century Acadian village that existed in Southwest Louisiana, complete with meandering bayous. Most of the buildings within the village are authentic and were moved to the site as the village was being created in the 1970s. The village contains a dentist’s home, replica Blacksmith shop and chapel, schoolhouse, and common homes. It showcases how the Cajuns lived and their unique architecture. All funds raised at the village go to the LARC Foundation that aids and assists people with intellectual and developmental disabilities in Lafayette and the surrounding area.

Buildings at the village set along a bayou. 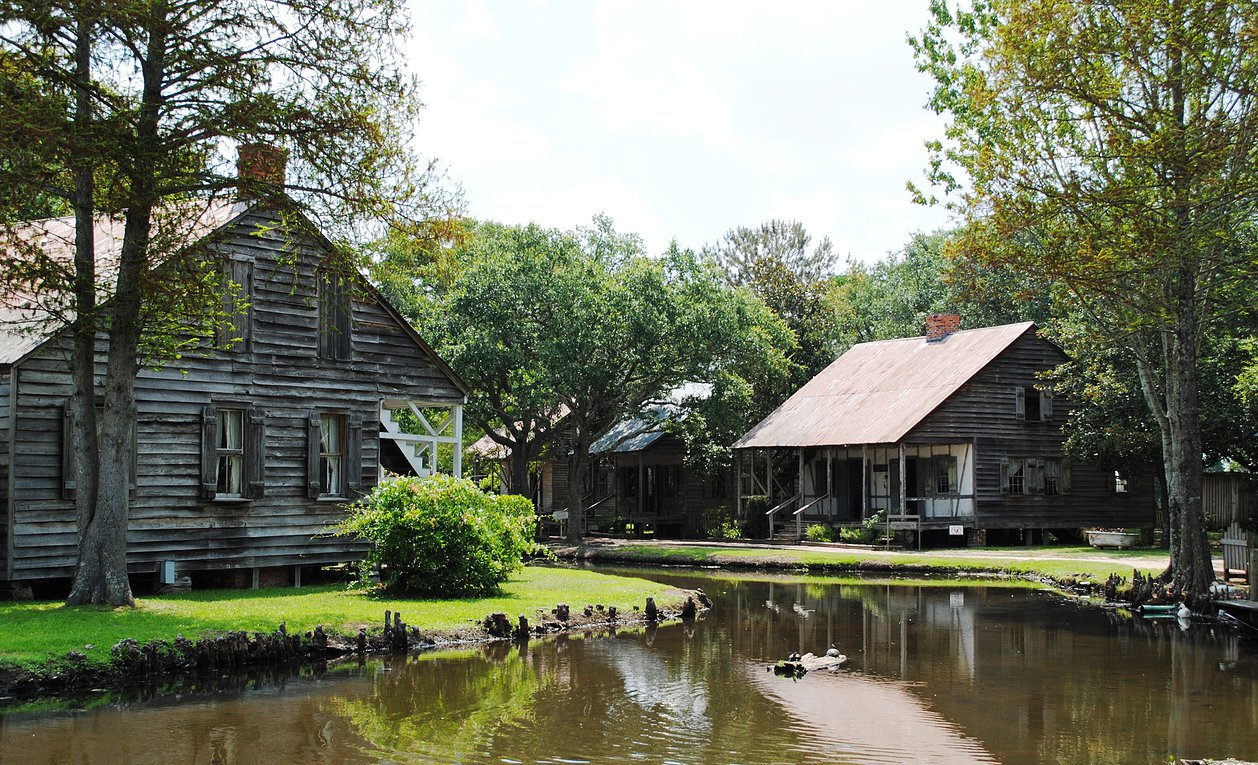 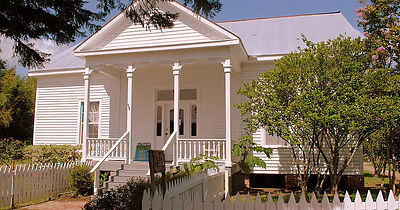 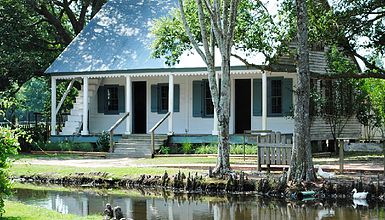 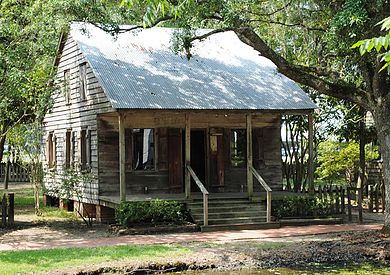 The village, which was recreated in the late 1970s, highlights the simple homes and businesses of the Acadians who were forced from their Canadian homes during the middle of the 18th century by the British.  Its buildings are set amongst hardwood trees, fields and winding bayous that make the village a popular spot for weddings and special as well as corporate events.

Among the buildings at the village is Doctor Salles’ House which was the home of Dr. Hypolite Salles, the first Dentist in Lafayette and dates to the 1890s.  It also serves as the village’s art gallery that features Southwest Louisiana landscapes, stills and florals.  All paintings within the building are for sale and local artists continually add to the collection.  Also transported to the village from St. Martinsville is the Bernard House which is the oldest building present, dating back to the early 19th century.  It is now home to an exhibit on Cajun music.  Finally, the Thibodeaux House arrived at the village from Breaux Bridge and is a wonderful example of a typical Cajun home, complete with a “cabinet” or daughter’s room that could only be accessed through her parent’s bedroom and a garconnier or loft where the sons would have slept.

The village is also known for its holiday season Noel Acadian au Village (Christmas lighting program) which is open during the entire month of December from 5:30-9:00 PM.  The village is closed during daylight hours during this event.