The Duplin County Veterans Museum is located in the historic L.P. Best House, which was built in 1894 and is a part of the Warsaw Historic District on the National Register of Historic Places. The first floor features period rooms with some of the family's original furnishings. The second floor is the main part of the museum where the veteran displays are located. All major wars through the Vietnam War are covered. There many military items and memorabilia on display. A definite highlight is a rare and historically accurate Continental Army uniform made during the Revolutionary War. Also, just outside is a Civil War Trails marker, describing the Lewis Railroad Raid to destroy the Wilmington/Weldon train track. 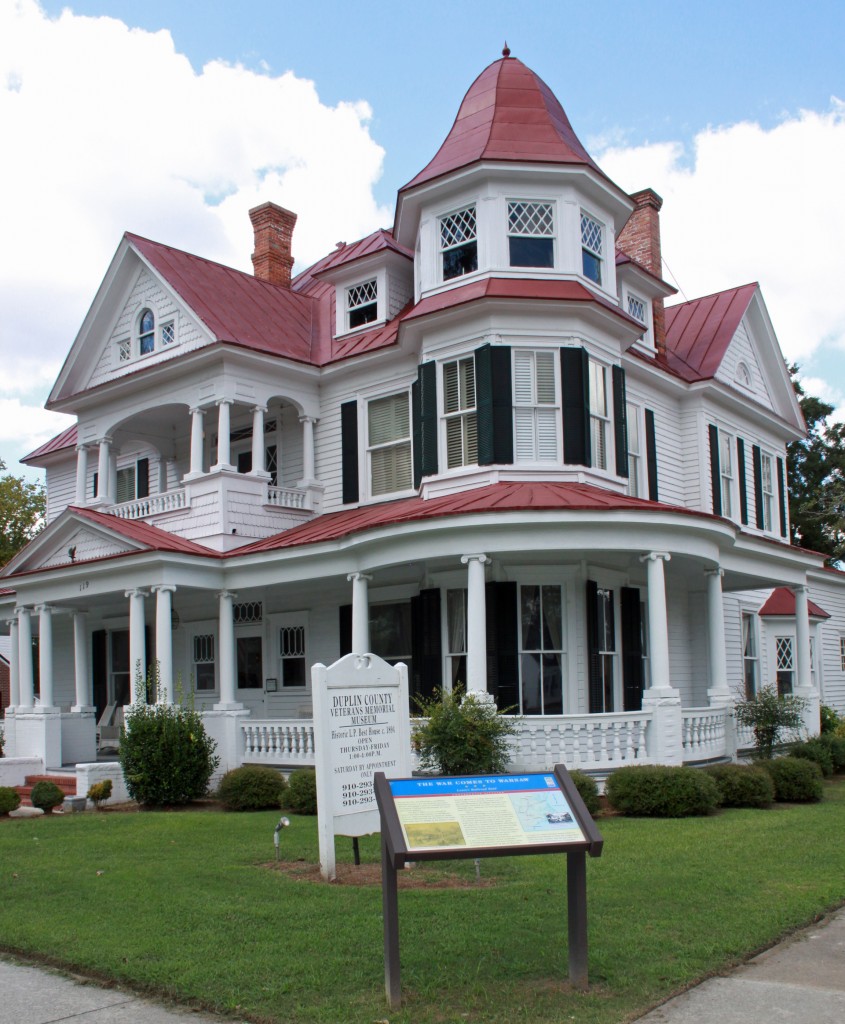