This stately building has been the home of the Wayne County Museum since 1988. It was built in 1927 by the Goldsboro Women's Club and operated, besides a brief period during WWII, as such until the 1980s. The museum features exhibits depicting a variety of aspects of historical life in the county. Highlights include the military room, a handmade dollhouse, a diorama of the Battle of Goldsboro (which took place on December 17, 1862), and a Wall of Fame, which displays information on prominent Goldsboro citizens. 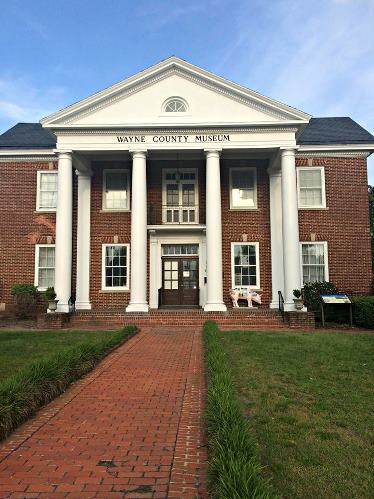 During WWII, the women's club gave the building to the USO so that soldiers would have a place to rest and relax before being sent overseas. In all, up to 12,000 soldiers a month passed through the building.

Tuesday thru Saturday 11 am - 4 pm or by appointment