The Duke Basketball Museum & Sports Hall of Fame is located in the Fuqua School of Business Building and features numerous trophies, memorabilia, and videos depicting the achievements of the university's many sports programs. Duke is well known for its basketball program, which has won four national championships and 20 ACC tournaments. Numerous players have been All-Americans and a number have been national players of the year. Entrance to the museum is free.

A long corridor in the museum 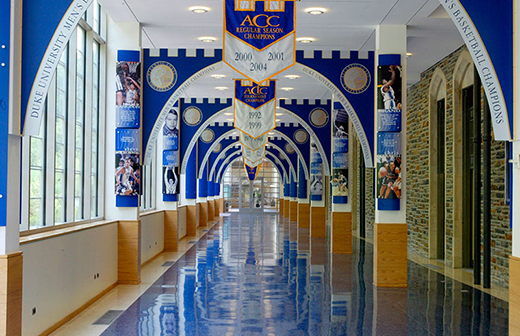 Another view of the museum with jerseys marking the walls 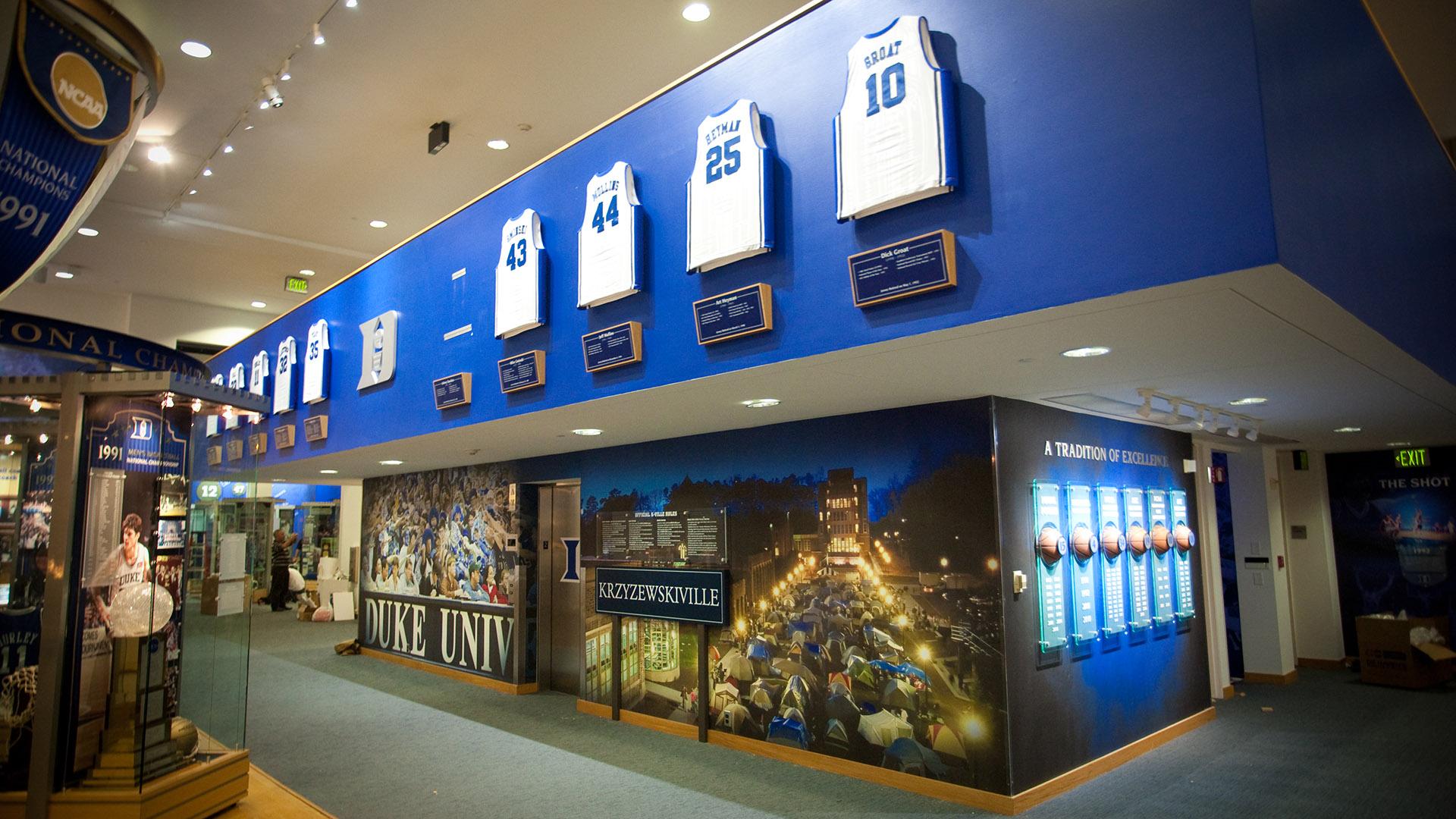 Duke’s mascot is the “Blue Devil”. The name comes from a type of French soldier that fought during World War I. In French “les Diables Bleus”, these soldiers were equipped with unique mountain knowledge and training because they were from the French Alps. Their reputation as excellent soldiers and their unusual uniforms, which incorporated a blue cape and blue beret, captured the public’s attention.

The end of World War I saw an increase of interest surrounding college football. As World War I drew to a close, Trinity College, part of Duke University, lifted its ban on football. The college began competing against other schools in 1920. Before permanent names for the team began being considered, they were known as the Trinity Eleven, the Blue and White, or, simply, the Methodists. Other college teams began adopting more catchy names, such as the Georgia Tech “Golden Tornadoes” and the North Carolina State College “Wolf Pack.” It was decided that Trinity needed a catchier name as well.

It was considered important to incorporate the school’s colors into the name. A number of possible team names were put forward for consideration, including the Blue Titans, the Blue Eagles, Polar Bears, Royal Blazes, and Blue Warriors. No one particular name garnered large public support. So, in 1922-23, the student publication The Trinity Chronicle began referring to the team as the Blue Devils. Since the French soldiers were so well known and since many war veterans were students at the school, the meaning of the name was generally known.