Built in the late 1600s by Dutch settlers, Newkirk House is Jersey City’s oldest building. It was built in the old Dutch village of Bergen, which was founded in 1660 by Tilman Van Vleck and designed by Jacques Cortelyou. Despite some alterations during its long history, the building remains relatively unchanged from its original 17th century appearance. The two-story sandstone, brick, and wood timber building offers a fine example of early Dutch colonial architecture. In 1979, the building was sold and has been home to a popular local restaurant ever since. The building is included on New Jersey’s State Register of Historic Places. 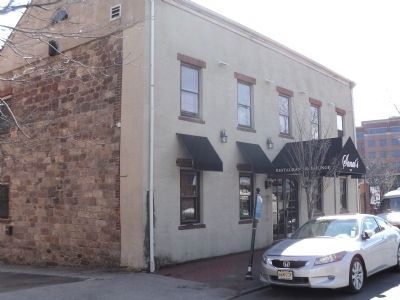 The old and the new of Newkirk house (www.njcu.edu) 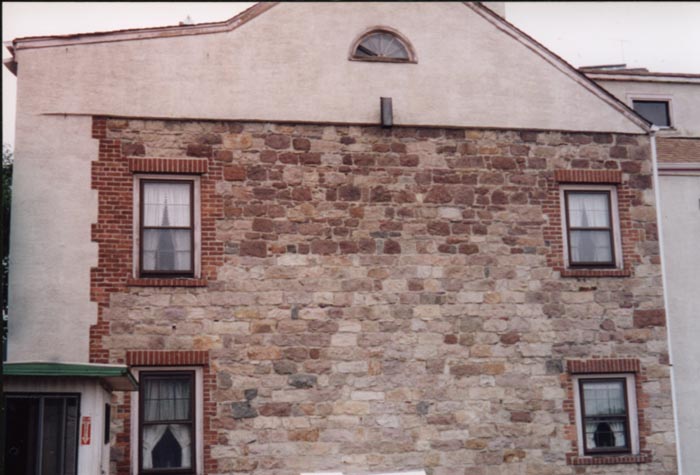 Named after a nearby hill, Bergen was the first planned and permanent European settlement in New Jersey. Dutch, Danish and Norwegian settlers were among the first inhabitants of the town, settling on land that was purchased from the Native Americans in 1658 by Peter Stuyvesant, who established a Dutch fort that would grow into a small town two years later.

From the 1830s, the Pennsylvania Railroad connected the residents of Bergen to the growing urban settlements in northeast America, such as Boston and Philadelphia. Bergen was a focal point for the American Revolution. The particularly noteworthy revolutionary, Paul Revere, passed through Bergen a number of times in the years leading up to the War of Independence. The Dutch residents preferred to remain neutral, despite the Patriots making use of the town as a location to spy upon New York Harbor, and the British occupancy from 1776. By 1870, Bergen had grown from a township into a suburb of Jersey City

In 1670, an Englishman named John Berry sold a plot of land in Bergen to Samuel Edsall, a local maker of beaver hats. Shortly afterward, ownership of the land went to a Dutch immigrant, Mattheus Newkirk, who started construction of the Newkirk House in circa 1690. He lived there with his wife, Catrina Poulus Newkirk, and son, Poulus, until his death in 1705. Ownership of the house remained with the same family until 1889, and the Newkirks produced a number of key individuals in Jersey history. After 1889, it became an orphanage run by the Queen's Daughters of Jersey City and subsequently held a series of businesses until 1928, when the redevelopment of Summit Avenue caused the entire building to be moved to its present day location.