Regarded by some as the world's first skyscraper, the Home Insurance Building astounded residents when the ten-story building first opened in the Loop area of Downtown Chicago in 1884. Two more floors were added to the building in 1890. The building's 1931 demolition demonstrates the way that building construction had changed, as the once impressive ten-story structure was replaced by the 45-story Field Building. The Field Building is also known as the LaSalle Building and is an official Chicago Landmark.

Chicago's Home Insurance Building was originally ten stories and 138 feet tall. Priod to its demolition, it was expanded to twelvve stories. 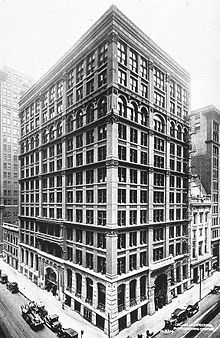 The Chicago Building, designed by Holaburd and Roche is an excellent example of the Chicago Style of architecture 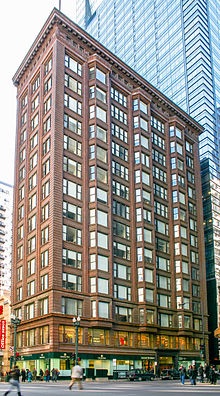 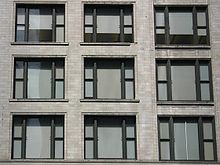 Book about the history of building construction in Chicago 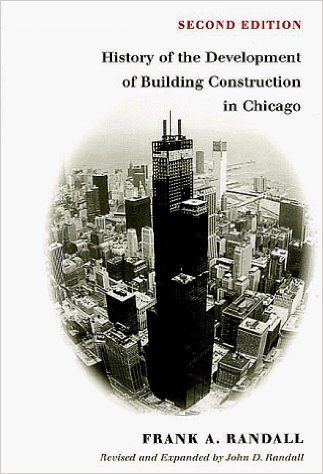 The Home Insurance Building was designed by architect William Le Baron Jenney. Although an earlier building, the Ditherington Flax Mill, was metal-framed, the Home Building was the first tall building that had a frame made of structural metal. The building's aesthetic style is an example of the Chicago School of architecture. Also called the Commercial Style, elements common in this type of architecture include minimal exterior ornamentation, use of steel-framing, and large plate-glass windows.

The Home Building was very lightweight compared to a traditional stone building of its size, which would have weighed about three times more. City officials were so concerned by this that they stopped the building's construction to check its safety. Although the building's use of steel framing was revolutionary, it was not solely supported by this structure. It also relied on granite piers and its masonry elements to support its weight and protect it from wind.
The construction of the Home Building marked a turning point in architectural thought. In 1888, architect Leroy Buffington introduced the idea of a "28-story stratosphere scraper" to the architectural community. The Minneapolis-based architect was mocked for this idea and it was generally considered to be a ridiculous and impractical notion. However, his proposal did introduce the vast possibilities of steel framing and, as we know, buildings much taller than could have been imagined at the time did eventually come into existence.