The tower is 234 feet tall and was constructed of approximately one million bricks. 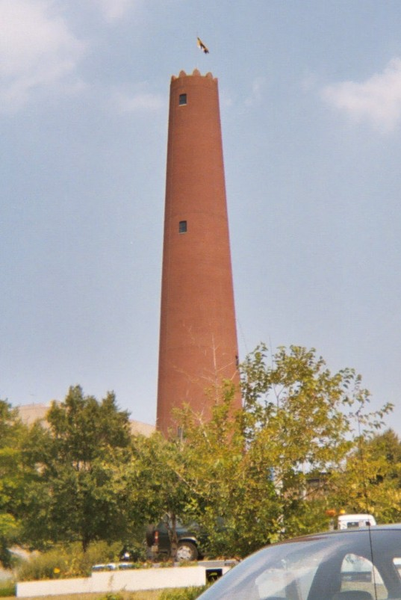 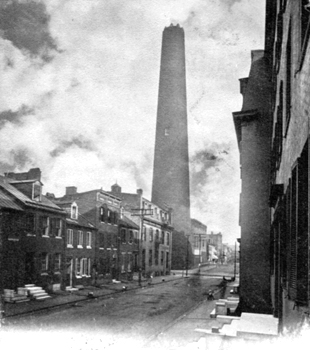 History of the Phoenix Shot Tower

For decades, the Phoenix Shot Tower in Baltimore was the city’s most visible landmark. Built in 1828, the original purpose of the structure was to manufacture lead shot. As a shot tower, workers dropped molten lead from a platform at the top through a sieve-like device. The molten lead then fell into a vat of cold water where it hardened. Every year, nearly 1,000,000 bags (each weighing 25 pounds) were created in the tower. With its unprecedented height of over 234 feet, it was the tallest structure in the United States until 1846.
The Phoenix Shot Tower remained in operation until 1892, when new methods of shot production rendered the tower obsolete. In 1921, the Baltimore City granted permits to tear down the tower, but a public outcry stopped demolition; three years later, citizens bought the tower for $17,000. Nowadays, Carroll Museums, Inc manages the tower and organizes public tours. Even today, the Phoenix Shot Tower is the last remaining of four such towers in Baltimore and one of the very few still in existence.

There are tours of the tower on weekends. Visitors meet at the Carroll Mansion at 8th and Lombard by 4 pm to join the tour.1

Tours at 4pm on Saturday and Sunday