The Lyceum Theatre, built in 1903, is the oldest continually operating theater on Broadway, one of the two oldest theaters on Broadway (the other is the New Amsterdam), and the first Broadway theater to achieve landmark status (1974). The Theatre is famous for productions such as "The Country Girl" (1950), "Hatful of Rain" (1955), and "I Am My Own Wife" (2003). The architects, Herts & Tallant, were known for their work on theatres, and the Lyceum Theatre was one of their best works. The Theatre includes a grey limestone facade, Corinthian columnns, two grand staircases, and marble finish. 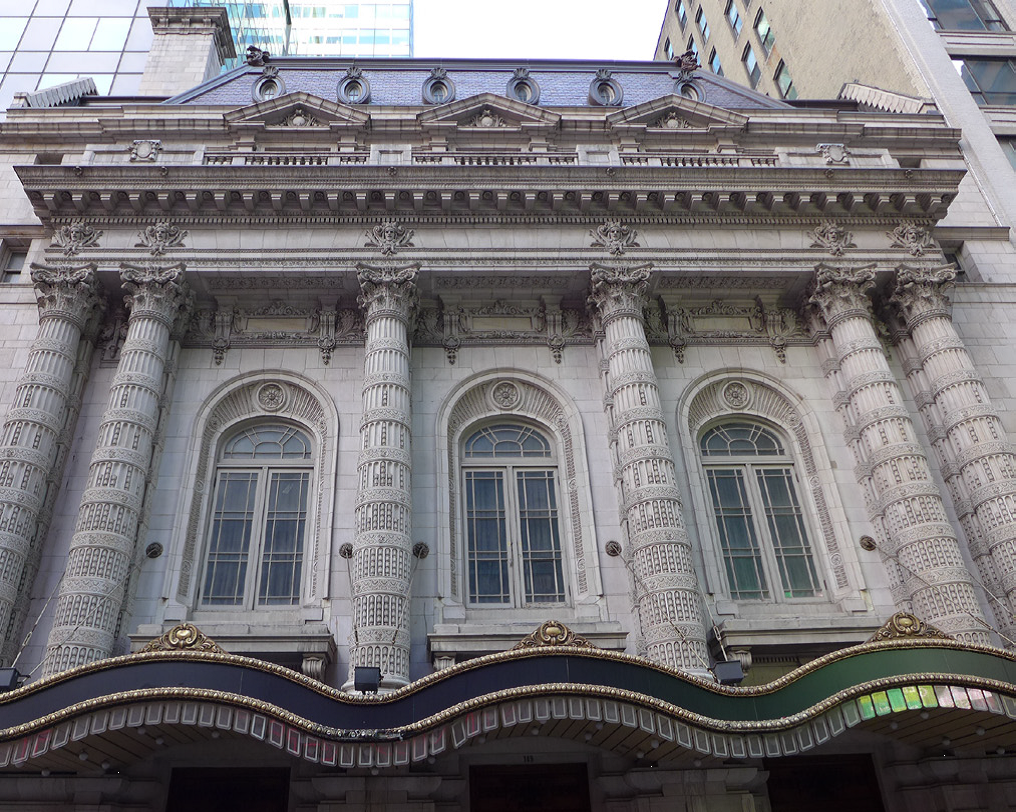 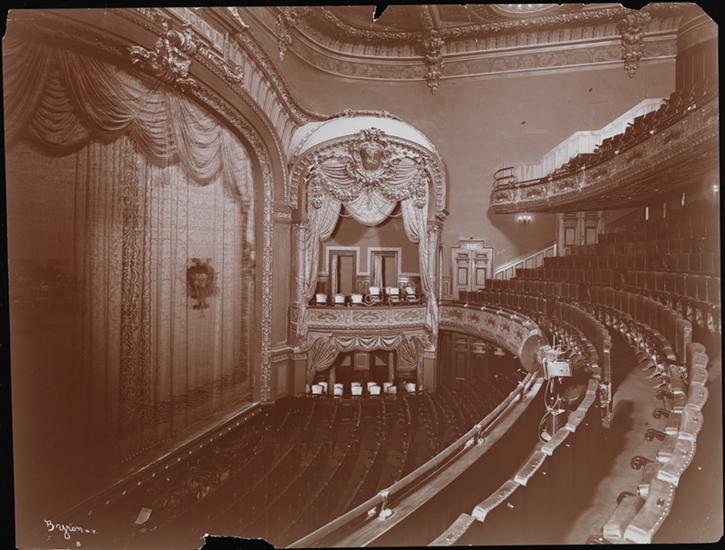 Modern interior of the Lyceum Theatre (image from broadwayscene.com) 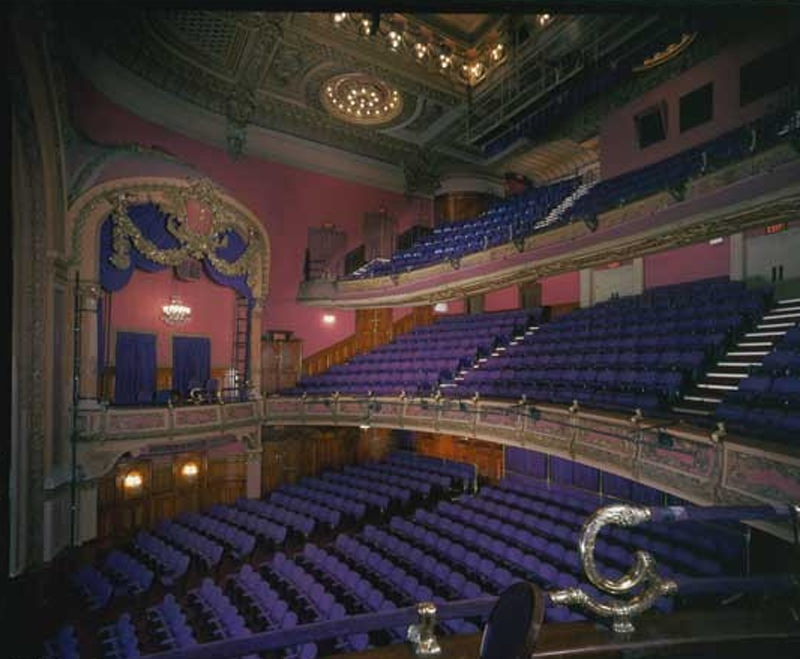 The Lyceum Theatre, built in 1903, is the oldest continually operating theater on Broadway, one of the two oldest theaters on Broadway (the other is the New Amsterdam), and the first Broadway theater to achieve landmark status (1974).

The Beaux-Arts theater was designed by architects Herts & Tallant, New York City's premier theater architects. By designing cantilevered balconies, the architects avoided the necessity of using columnns which would interfere with views of the stage. Instead of a traditional chandelier, the lighting features bare bulbs installed throughout the decorative plasterwork, producing a soft, golden glow in the interior. The lobby features marble paneling and murals by James Wall Finn, depicting British eighteenth-century stage stars Sarah Siddons and David Garrick.

Daniel Frohman, the first owner of the Lyceum, was one of the first theater impresarios to construct a theater in the Times Square area. He and his family lived in an apartment above the Lyceum, from which the stage could be viewed through a small door in the dining room. Daniel and his brother, Charles Frohman, partnered on many of the early productions until Charles drowned in 1915. Some notable performers who have appeared at the Lyceum include William Gillette, Ethel Barrymore, Billie Burke, Walter Huston, Bette Davis, Judy Holliday, Joseph Cotton, John Garfield, Montgomery Clift, Ruth Gordon, Melvyn Douglas, Alan Bates, Lauren Bacall, Angela Lansbury, Billy Dee Williams, Helen Hayes, Rosemary Harris, and Jefferson Mays. Whoopi Goldberg's Broadway debut in 1984 was also on the Lyceum's stage. Some of the Lyceum's notable shows include the 1950 debut of The Country Girl, the 1955 debut of A Hatful of Rain, and the 2003 debut of I am My Own Wife.

The Lyceum was designated a New York City Landmark in 1974. It is now owned by the Schubert Organization, and the apartment above the Lyceum houses the Schubert Archives, with over 100 years of records including costume and set designs, scripts, music, publicity materials, photographs, correspondence, business records, and architectural plans, available to researchers since 1986.

"Inside the Lyceum Theatre." Spotlight On Broadway. Accessed Web, 5/6/17. http://www.spotlightonbroadway.com/theater/lyceum.