Early suffragists established The Town Hall as the headquarters of the League for Political Education and built this as a space for women and progressive men to meet and discuss topics related to education and various contemporary issues during the 1920s. Today, the building is a National Historical Landmark-a designation stemming from its historical significance as this venue provided a forum for influential American figures from Margaret Sanger to Langston Hughes to reach a public audience. The venue also hosted national radio broadcasts of a program called America's Town Meeting of the Air starting in 1935. Additionally, the Town Hall hosted many important meetings related to the rights of women, as well as the Black Freedom Movement. It has also hosted various classical, jazz, and folk musicians over the years.

The Town Hall (image from dittytv)

Interior of The Town Hall (image from nycago) 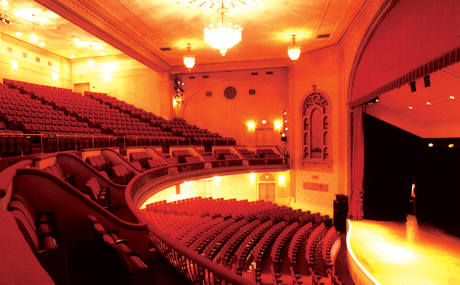 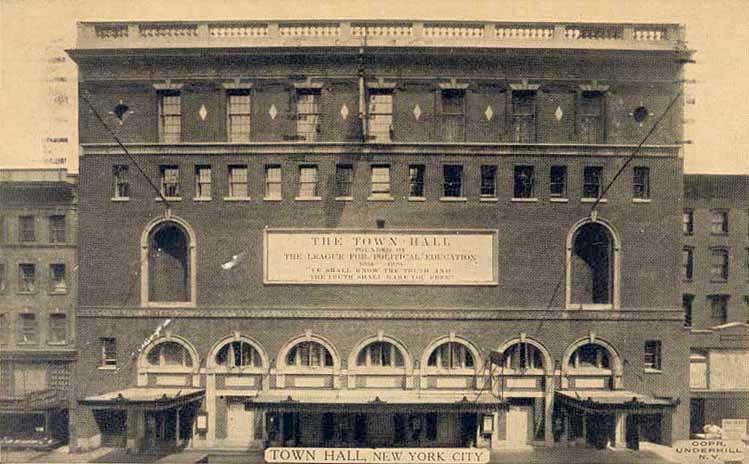 May 30, 1935 - First broadcast of America's Town Meeting of the Air (image from The Town Hall) 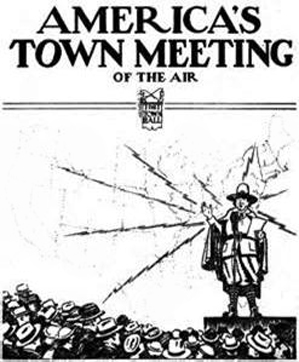 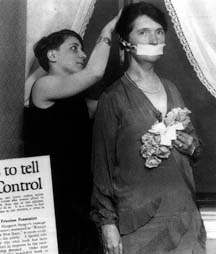 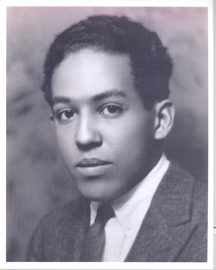 The League for Political Education began as an equal suffrage organization. The organization established Town Hall in the 1920s and used this venue to host debates and discussions about contemporary issues of the 1920s. The 19th Amendment recognizing women's right to vote was passed while the building was being constructed. On January 12, 1921, The Town Hall opened. The architects' design, which offers no box seats, was based on the democratic attitudes of the League. On November 13 of its opening year, The Town Hall held a public meeting on birth control. Margaret Sanger, founder of the American Birth Control League (now Planned Parenthood), was arrested onstage during the event.

In addition to public meetings and educational programs, the Town Hall also held musical and dance performances. During the 1920s, the venue hosted performances by German composer Richard Strauss, Spanish cellist Pablo Casals, dancer and founder of the Society of Spiritual Arts Ruth St. Denis, Spanish guitarist Andres Segovia, and actor and singer Paul Robeson, the son of a former slave who went on to tour Europe and America, acting in both Broadway productions and films. The Town Hall also held a memorial on August 23, 1929, for Sacco and Vanzetti, who belonged to a group of Boston political radicals and who were wrongfully executed in 1927.

During the 1930s, The Town Hall began a series of live radio broadcasts called America's Town Meeting of the Air. These broadcasts promoted the free exchange of ideas through live dialogues among four speakers on a given topic, with the live audience participating in the conversation. The first of the series was broadcast on Memorial Day, 1935, on a single station with 500,000 listeners. Only three years later, 78 stations with a total of  2.5 million listeners carried the series, which ran for over twenty years. Some Town Meetings of note include the Young America Looks Forward broadcast on February 27, 1936, chaired by First Lady Eleanor Roosevelt. The conversation promoted education and outreach to high schools and colleges. On May 8, 1938, Nobel Prize winning novelist Pearl S. Buck, Carl Sandburg, Forest Ray Moulton, and Frank Kingdon discussed "What is Humanity's Greatest Need Today?" On February 17, 1944, Langston Hughes was one of the speakers in a Town Meeting broadcast entitled, "Let's Face the Race Question". The prevention of world famine was the topic for a broadcast on May 2, 1946, at which former Mayor of New York Fiorello LaGuardia was one of the speakers. Senator Joseph McCarthy, Elias Arnall, Edward Arthur Hayes, and Leo Cherne discussed "Should the Communist Party be Outlawed in the United States" on April 3, 1947. In October of the same year, the improvement of race and religious relationships in America was the topic for a Town Meeting broadcast. Among the speakers was playwright, congresswoman, and ambassador Clare Boothe Luce. Luce was the second woman to serve as a United States Ambassador, worked as the managing editor of Vanity Fair and a war correspondent for Life magazine, and was awarded the Presidential Medal of Freedom. A Town Meeting on November 1, 1949, discussed whether America depended too much on the government for general welfare; Senator Hubert Humphrey (later Vice President to Lyndon B. Johnson) and Owen Brewster were the speakers.

Throughout the 1990s and early 2000s, the venue has continued to host jazz, opera, and classical performances, as well as rock concerts and comedy shows, including Eddie Izzard and Robin Williams. The Town Hall also features educational outreach programs focusing on arts in education for New York City public schools. In addition to performances, the Town Hall offers free guided tours including information about the history and architecture of the venue and its role in the history and culture of New York, as well as in the history of human rights.