This two-story depot is the oldest extant train station in Washington. It was built the by the Oregon Railway & Navigation Company in 1881 in the Stick/Eastlake style. Operated by the Dayton Historical Society, it holds thousands of photographs and other items including furniture and memorabilia. A kiosk outside the building features a display about local history. There is also a caboose donated to the museum by Union Pacific that is open during special events. The depot was placed on the National Register of Historic Places in 1974. 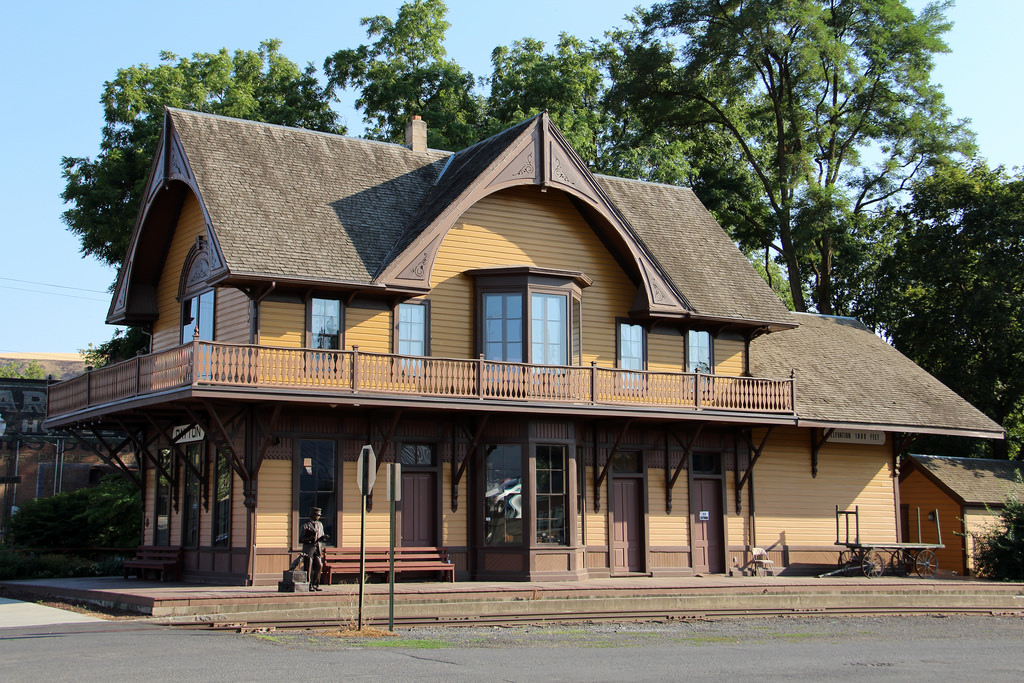