The Franklin County Historical Society and Museum is located in a restored former library built with the aid of philanthropist Andrew Carnegie, who helped fund many libraries around the country. The museum features exhibits on Native American history, irrigation and agricultural development, transportation, aviation, military history, and the Lewis and Clark expedition. 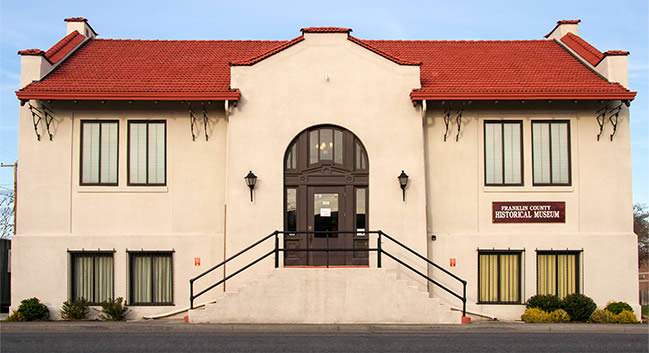 The building was constructed in 1910 and operated until 1962 when a new library was built. A few businesses operated in the building but it eventually fell into disrepair. The historical society, which was founded in 1968, bought it in 1980 and proceeded to restore it. The museum finally opened in 1983.

Open noon to 4:00 p.m. Tuesday through Friday and by appointment.