This historical marker pays tribute to the first banking firm in the Denver area. The Clark and Gruber Mint produced gold coins from raw metal in the 1860s, an era when mining was he cornerstone of the local economy and gold was coming to the city from the many mines around the area. Consequently, the Clark, Gruber & Co. firm was one of the few banks in U.S. history that simultaneously conducted commercial banking and gold minting operations. In 1863, the U.S. Congress prohibited the private minting of coins. At that time Clark and Gruber became the Denver Branch of the U.S. Mint. In its three years of operation as a private firm, Clark and Gruber purchased 77,000 troy ounces of raw gold and minted $594,305 worth of coins. In 1906, the U.S. Mint moved from this place to its current location on Colfax Avenue. 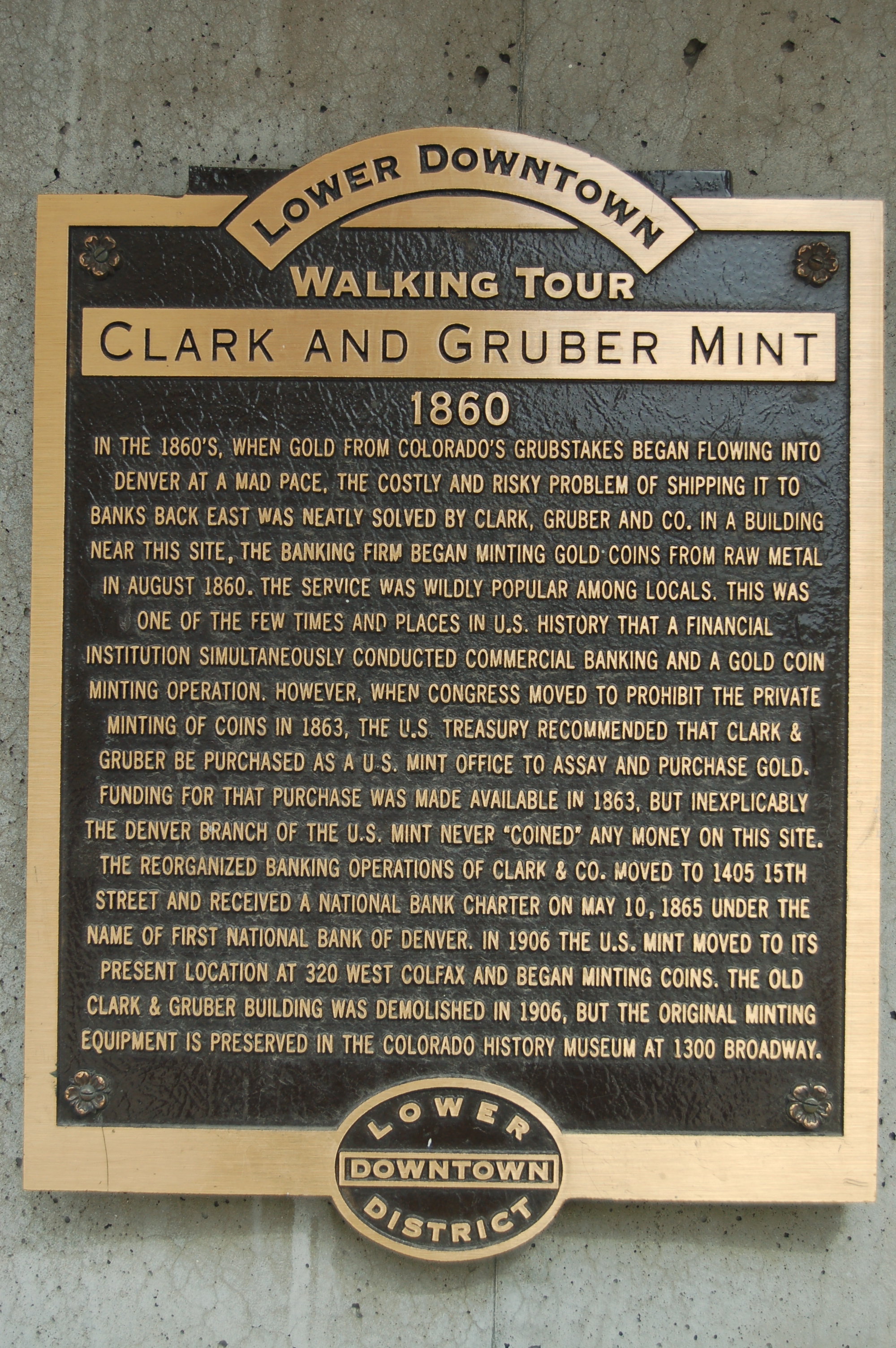 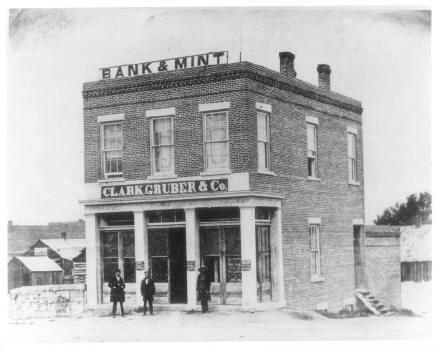 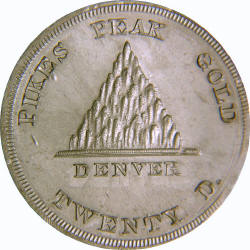 The Clark and Gruber Mint and Denver Gold Mining

The story of Clark and Gruber begins in Leavenworth in the Kansas Territory, when in 1855 Milton Clark began work as a grocer. Within two years, however, Clark and Emmanuelle Gruber formed Clark, Gruber & Co. to capitalize on the massive gold rush occurring near Pike’s Peak near Denver. Like the thousands of Americans who moved to this area in search of their fortunes, Clark and Gruber moved to Colorado and bought a two-story building in Denver in 1860. Soon afters, Clark, Gruber & Co. began buying gold dust with the hope of shipping it back East to the federal mints. However, transport was quite expensive, and so they decided it would be cheaper to set up their own mint.
Soon, the firm built a highly favorable reputation and it was a valuable source of local exchange. The Clark and Gruber mint was available to the public in 1860, and over the next two years, the firm minted thousands of gold coins ranging in value from $2 to $20. Although most coins resembled the federal mint’s style, some contained a picture of Pike’s Peak to pay tribute to the source of the bullion. When Congress established its federal mint in Denver, Clark, Gruber & Co. sold their minting and refining business to the U.S. government. By 1865, Clark and Gruber elected to charter a national bank, and over the next several decades, the First National Bank of Denver grew substantially.1