This historic site is home to the first lighthouse built in the state of New York, as well as the fourth-oldest active lighthouse in the United States. The rocky coast surrounding the Montauk Point Lighthouse is located along a coastline that was full of dangerous and deceptive features, making the light essential to early navigators. Anyone coming to the United States from across the Atlantic and to Ellis Island passed by this lighthouse. 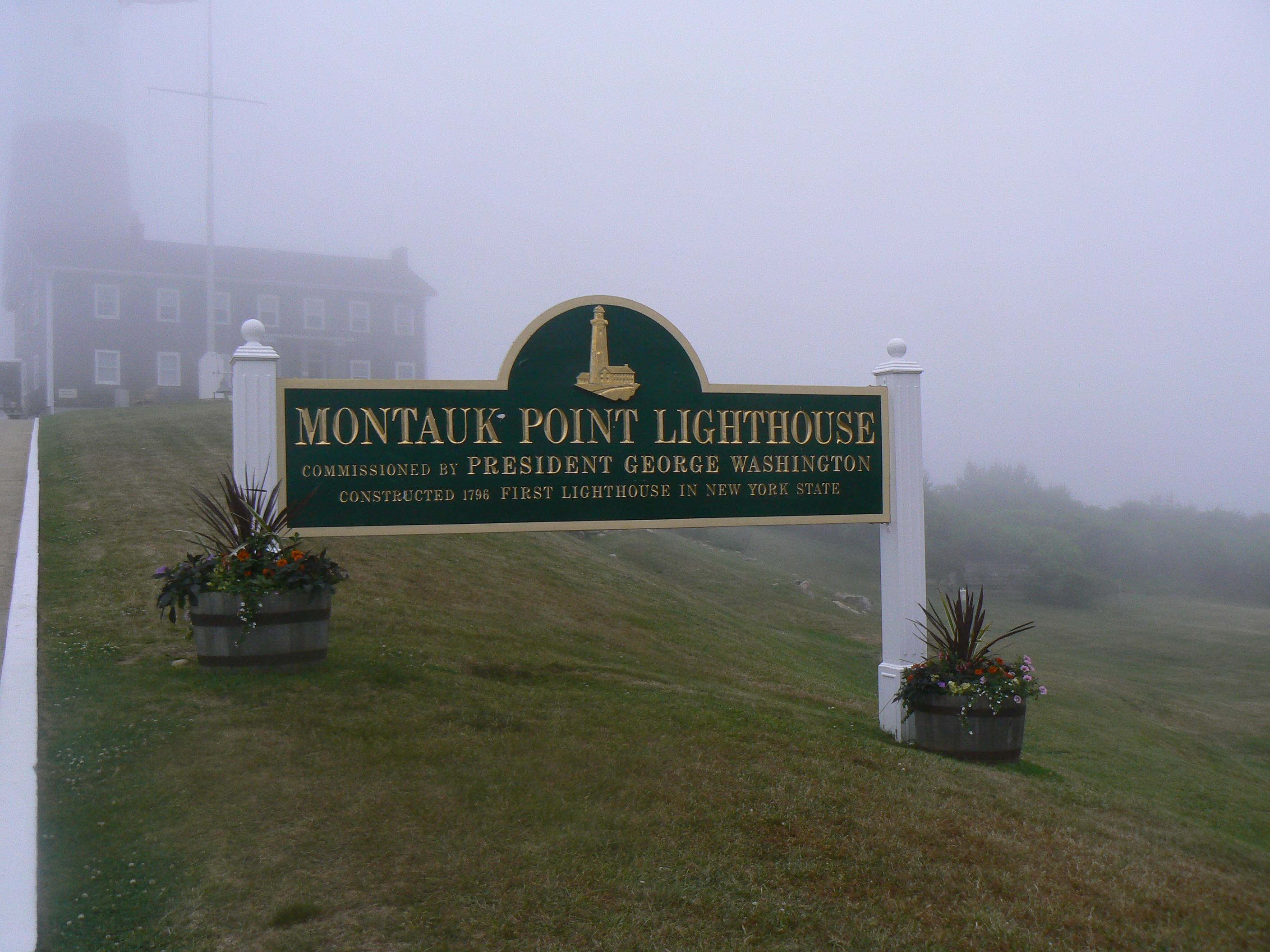 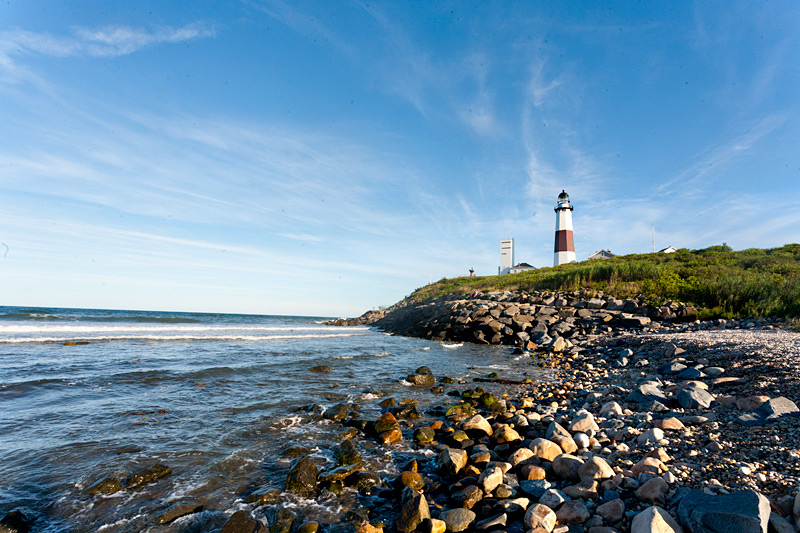 Montauk Point Lighthouse is the oldest lighthouse in New York State. This lighthouse was authorized by the Second Congress under President George Washington in 1792. Although construction did not begin until June 7, 1792, the lighthouse was completed by November 5, 1792.  This National Historic Landmark has been part of the land/seascape for over 200 years and is an active aid to navigation today. The Lighthouse was designated a National Historic Landmark by the Secretary of the Interior, on March 2, 2012, in recognition of its significance in the history of the United States.

The lighthouse has a foundation 13’ deep and 9’ thick and the walls are 6’ thick a t the bottom tapering to 3’ thick at the top. Its construction is of sandstone blocks from Connecticut, across the Sound. There are 137 iron steps to the top of the tower standing 110’6” in height. The light flashes every 5 seconds and can be seen at a distance of 19 nautical miles.

This beautiful property also houses a museum in what was once the home of the Light Keeper until 1860. The museum features an assortment of historical documents and photographs on display. The Museum Parlor features a case displaying two documents. One signed by Secretary of State, Thomas Jefferson, Congressional Authorization, approved by President George Washington to construct a lighthouse at Montauk Point. The second is signed by President George Washington. It authorizes the federal purchase of land from Montauk Proprietors for the purpose of building a lighthouse at Montauk Point. The museum also features a room with 4 models that depict structural changes to the lighthouse from 1796 to 1943.

During the American Revolution, Eastern Long Island and Montauk Point were occupied by the British so the Royal Navy kept a huge fire burning to help sailors navigate the dangerous waters. After the war, the lighthouse was used to help eliminate some hazards along the coastline and make principle ports like New York, Philadelphia and Baltimore more easily accessible to world commerce. Montauk Point was one of the most dangerous areas of the new trans-Atlantic route.

Because of its location, Montauk Point Lighthouse stood, to some extent, as a symbol of the New World for almost a century. Anyone traveling from Europe to the New World would pass that lighthouse on their way to Ellis Island and with the tremendous number of immigrants came The Statue of Liberty in 1886 out shining the lighthouse.

The light was the first welcoming beacon for the returning American hostages from Iran in 1981.  The lighthouse sported a huge yellow ribbon inscribed with “WELCOME HOME”.