The Lower Downtown Historic District, often known as LoDo, is the original location of Denver, dating back to when gold seekers first claimed the land in September 1858. At the time, the claimed land was given the name “St. Charles Town Association,” but later that year, General William Larimer persuaded the gold seekers to relinquish the land and he decided to name it in honor of the Kansas Territorial Governor, James William Denver. During “Denver’s” first winter in 1858, there were only about 25 rustic cabins; however, within the following year, exaggerated tales of Denver’s untouched spoils of gold drew thousands of men to the up-and-coming area. Because the new arrivals were more interested in making a quick fortune, Denver developed an early reputation for being the home to disorderly vagrants. Many of the current buildings in the Lower Downtown Historic District reflect this turbulent and spirited time in Denver’s history. The first houses, built between 1859 and 1863, were made mostly of wood and succumbed to a destructive fire in 1863. Following the fire, many of the buildings were made of brick, of which visitors to LoDo can still see today. The Lower Downtown Historic District is both the original city of Denver as well as its oldest neighborhood. 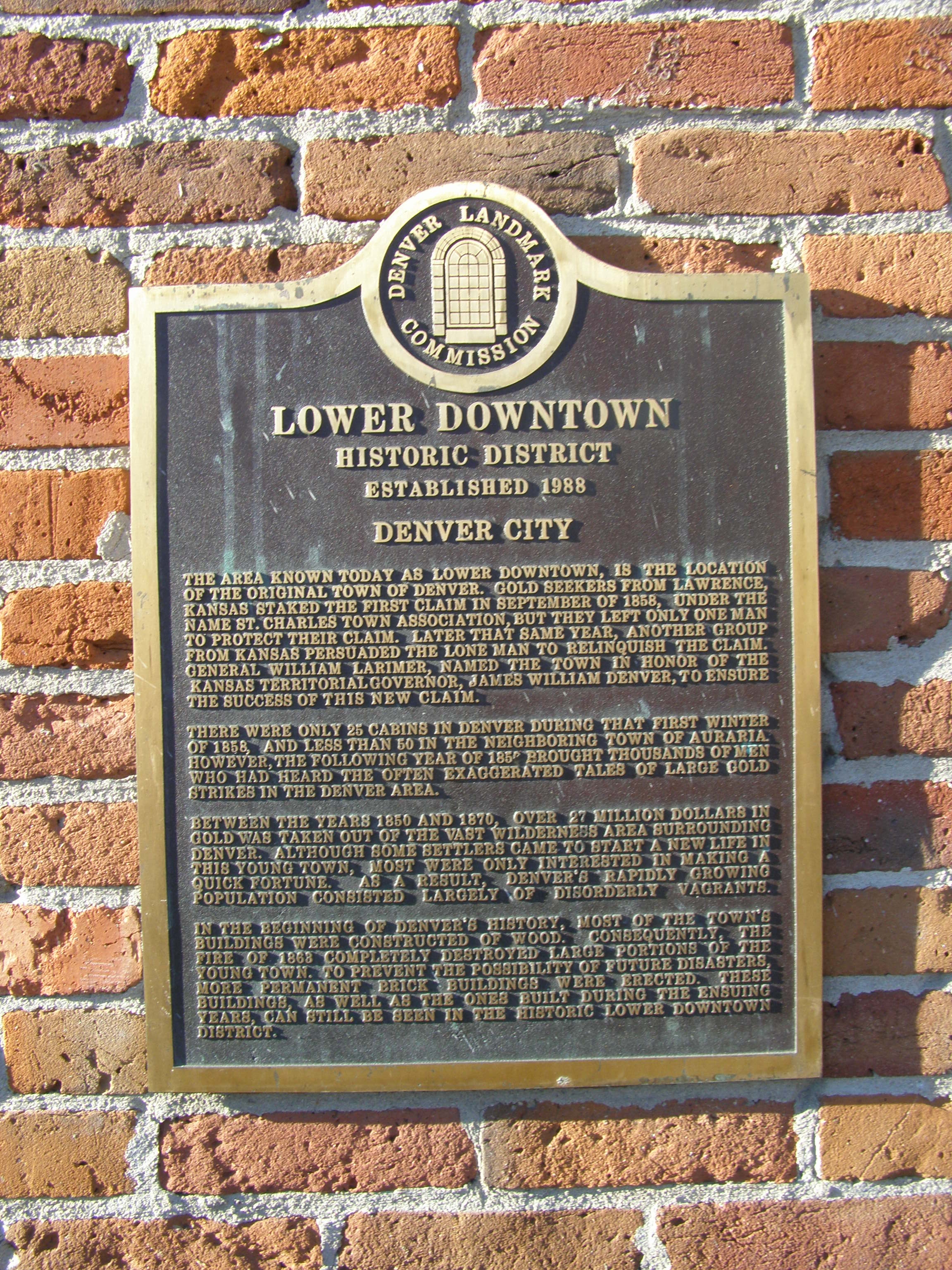 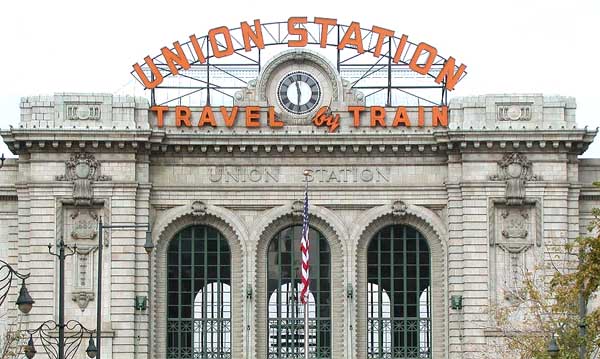 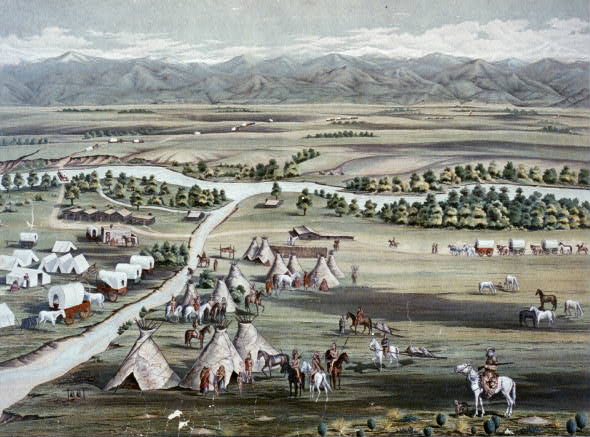 Panorama of Denver circa 1898

The Founding and History of Denver

Around the mid-19th century, the Denver area was part of the Kansas Territory and was very sparsely settled. Gold, silver, and mineral prospectors occasionally roamed the land, but if they struck gold, the prospectors generally moved on. This all changed in 1858 when the first gold of the Rocky Mountain region was discovered in the mouth of Little Dry Creek. The discovery kicked off the Pike’s Peak Gold Rush and brought hoards of gold seekers to the banks of the South Platte River. Although the first Denver settlement was Montana City (modern day Grant-Frontier Park), the findings there were poor and so settlers moved to the confluence of the South Platte and the Cherry Creek Rivers. They established St. Charles, but the claim of land was somewhat abandoned, given to one man for care and oversight.

By November of 1858, General William Larimer persuaded the man to give up the land (which he did via whiskey, promises, and threats); Larimer called it “Denver City” after the Kansas Territorial Governor, James Denver. Some speculate the choice of this name was for economic reasons and to ensure the city’s future status as a county seat.

Before 1861, Denver was part of Arapahoe, Kansas Territory, and, therefore, lacked even minimal government services. As such, vendettas, vigilantism, and entrepreneurialism flourished. English traveler William Dixon once noted of Denver:

"A man's life is of no more worth than a dog's" but that in its people he saw "perseverance, generosity, [and] enterprise."

With the creation of the Colorado Territory in 1861, a stronger government came to the city.

Following the fire of 1863, the Lower Downtown Historic District was somewhat of a “rough” place, full of saloons and gambling centers (during the Sand Massacre, residents paraded the heads of slaughtered Arapaho tribe members throughout the area). Yet, economic prowess grew but then waned. By the 1980s, LoDo was known as a fairly sketchy place, but in order to revitalize the community and preserve the 127 contributing historic structures, the city re-zoned the area and brought in substantial commerce and business, including Coors Field, Wynkoop Brewery, and more. 1