The American Merchant Museum serves as a repository and place for the public to view the United States Merchant Marine Academy's extensive collection of marine art, ship models, and nautical artifacts. The museum offers a variety of exhibits and programs that educate visitors about the history of the American Merchant Marine, and it also works to preserve and interpret documents and artifacts that represent the nation's naval history. 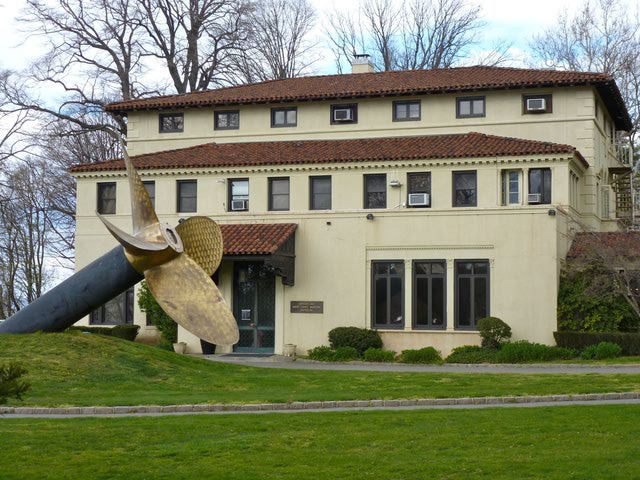 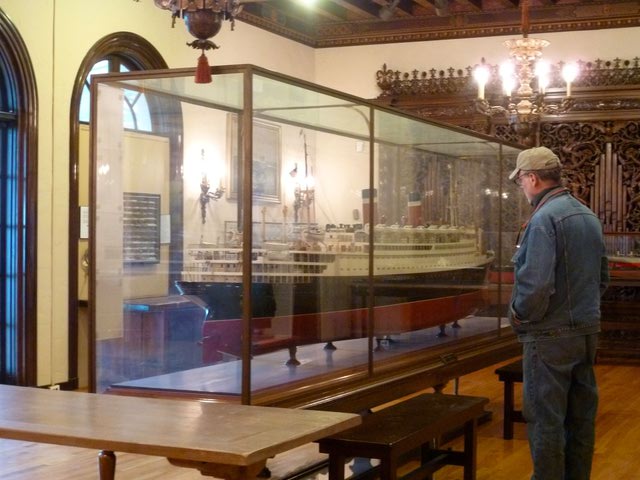 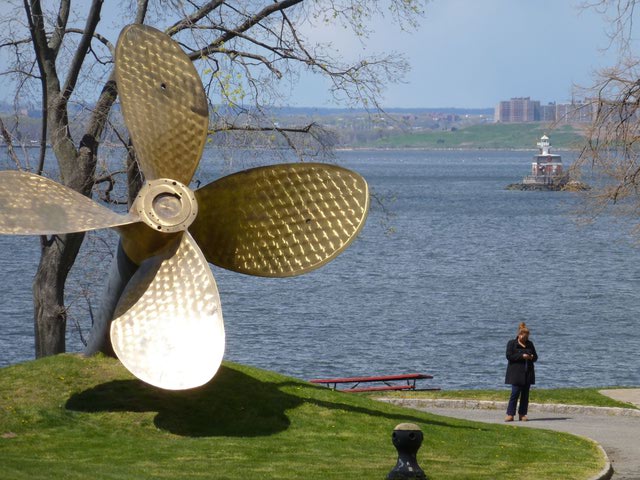 The American Merchant Marine Museum, located on the grounds of the United States Merchant Marine Academy in Kings Point, NY, brims with fascinating collections of maritime art and memorabilia. It features historic artifacts including one of only five surrender swords given to General Douglas MacArthur, a number of exquisitely rendered models of ships, and exhibits that tell the story of seafaring, all stressing the theme, "Ships Made America." The impressive collections are housed in a former Gold Coast mansion, and best of all, it's free and open to the public.

The American Merchant Marine Museum, with its collections of all things maritime, is located in the former mansion of William Slocum Barstow, an associate of Thomas Edison. Barstow later went on to found his own electrical engineering company. He was the inventor of the electric meters that are still used to this day, and he became the first mayor of Kings Point. The mansion was built in 1910 and later expanded from 1929 to 1930. Directly in front of the impressive house stands a huge propeller salvaged from a World War II ship, which was originally used to carry troops to and from the United States as they served their country abroad. This historic propeller measures 20 feet 6 inches in diameter and weighs 19 tons.

The American Merchant Marine Museum boasts a wide array of model ships, all faithful to their originals, right down to the last details. An example is the reproduction of the S.S. Washington which replicates one of the most impressive ships of the U.S. Lines Fleet. Built by New York Shipbuilders of Camden, New Jersey, the 705 feet long, 86 feet wide transatlantic liner was in service starting in 1933.

While in route to New York in September 1939, the captain of the S.S. Washington was informed that war had broken out in Europe. The ship was responsible for rescuing the crew of a British ship, the Olive Grove, that had been torpedoed by a German U-boat. In the following months, the ship participated in a number of emergency evacuations from European ports. In 1942, the S.S. Washington went into the service of the U.S. Navy for use as a troop ship. Eventually, the ship went back to sailing between New York City and Southampton, England, and in 1965, it was scrapped at Federal Yards in Kearny, New Jersey.

Walk up the stairs to the second floor, and on the landing, housed in a glass case is a rare historic artifact: the surrendered sword presented by Vice Admiral Matomu Ugaki --World War II commander of the Japanese naval forces of Hokkaido and North Honshu-- to General Douglas MacArthur. The sword is one of only five in existence. The Japanese Vice Admiral surrendered the sword to the general on the deck of the battleship Missouri in Tokyo Bay.

On October 18, 1945, MacArthur presented the sword to the United States Merchant Marine Academy "as a memento to the valiant service rendered by the sons of the Academy in our struggle in the Pacific." One strange bit of trivia: in 1971, the sword was stolen and no one could find out who the perpetrator or perpetrators were. But then, 20 years later, the sword was returned, although to this day, no one knows who took the artifact or who brought it back to its rightful place.