The Berry site is a large Native American town, occupied from about A.D. 1400-1600. During the mid-16th century, historians believe that Berry may have been among the largest Native towns in North America. Historians have been able to identify the Berry site as the town of Joara. The town of Joara was visited by Spanish explorers Hernando de Soto in 1540 and Juan Pardo from 1567-68. Pardo and his men built a fort at Joara, Fort San Juan, which would become the earliest European settlement in the interior of present day United States. 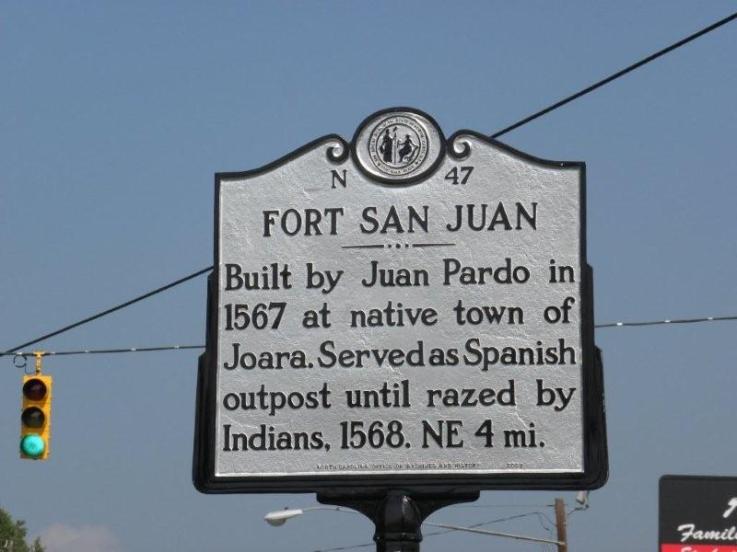 In December 1566, Juan Pardo left the Spanish town of Santa Elena on the South Carolina coast and traveled into North Carolina hoping to find an overland route to Mexico. During his march, Pardo and his men built a string of small forts between modern day Beaufort, South Carolina, and western Tennessee. Scholars and historians have debated the exact routes of the de Soto and Pardo expeditions for years, but research at the Berry site had provided new evidence that both men passed through the upper Catawba Valley of North Carolina.

Pardo’s soldiers resided at Fort San Juan for 18 from January 1567 until about June 1568. During the spring of 1568, relations between the Spanish and the native peoples of Joara turned negatives and ended with the fort being burnt and destroyed.