The Liberty Science Center is one of New Jersey's most visited museums. Founded in 1993, the 300,000 square foot facility features numerous interactive exhibits that cover the whole spectrum of science including biology, engineering, physics, and communication technology. It is located in Liberty Park which is opposite Manhattan and Ellis Island and the Statue of Liberty can be seen as well. The museum closed for two years beginning in 2005 to undergo an expansion to increase exhibit space. 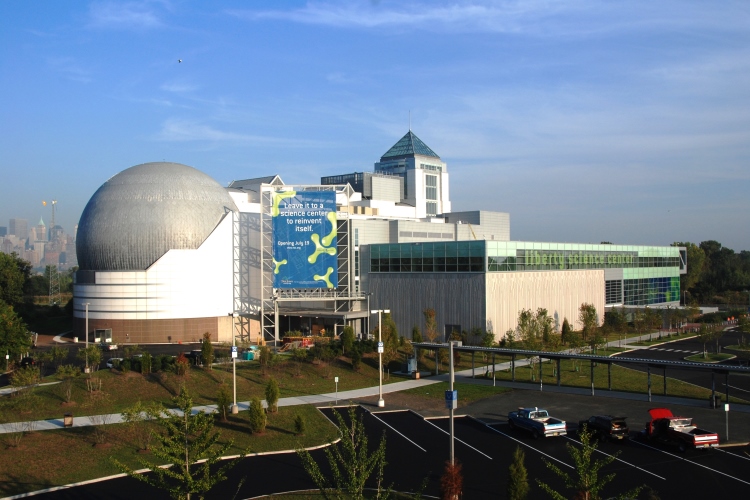 The Liberty Science Center opened in 1993 in the historic Liberty State Park near the Hudson River. However, plans for the museum were initiated much earlier in the 1970s when the state began to recognize a need for educational opportunities in science and technology. Throughout the 1980s, local corporations were able to raise $68 million to build the museum. Since opening, the museum has been one of the New Jersey's most popular attractions.

The Center closed in 2005 to undergo an expansion project which helped propel the museum forward into the 21st century. When the center re-opened in 2007, it included new exhibits and an additional 20,000 square foot center. Today, the center is 300,000 square foot in size with 12 museum exhibit halls, a live animal collection that consists of 110 species, a 3D theater, including the world's largest IMAX Dome Theater, live simulcast surgeries, a tornado-force wind simulator, K-12 classrooms and labs, and teacher-development programs.

Over the years, the Center's mission has not wavered. It is committed to ensuring that people, no matter their age, have access to education in science and technology. The Center accomplishes this by providing a fun and inspiring environment in which to learn.