The Crystal Cathedral, now known as the Christ Cathedral, is a twelve story tall glass structure formed through the efforts of Christian televangelist Dr. Robert Harold Schuller. The building was designed by renowned postmodern architects Philip Johnson and John Burgee, and took almost three years to complete at a cost of eighteen million dollars. 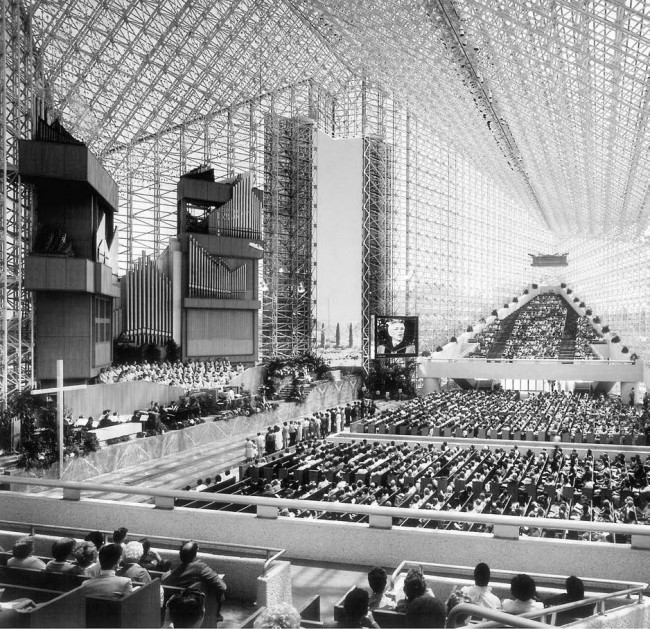 The cathedral as it appears today (www.payneandladner.com) 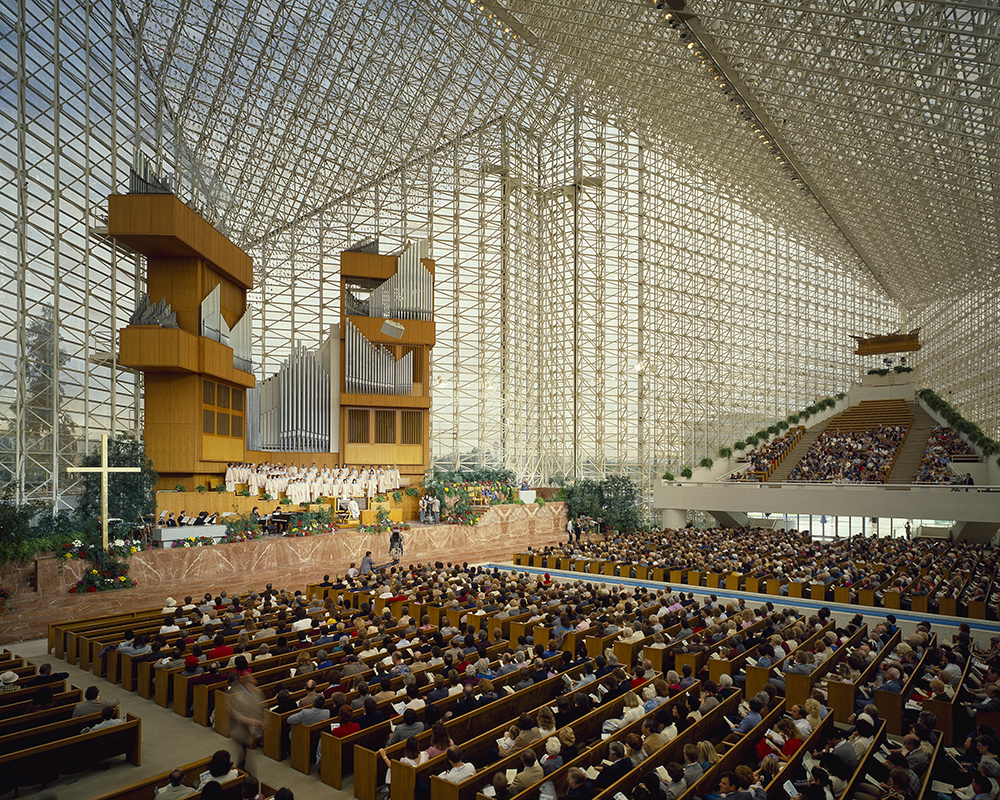 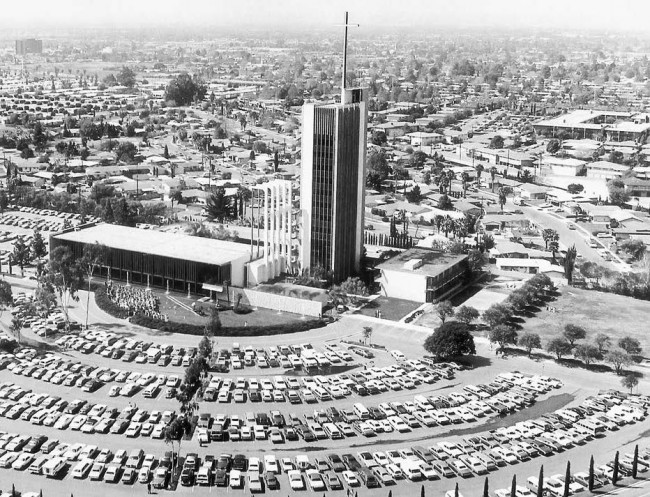 Schuller was born to second generation Dutch-American parents in 1926 and raised on a poor farm in Iowa. He was educated at Hope College, and received his Master of Divinity degree from Western Theological Seminary in Holland, Michigan. In 1950 he was ordained as a minister of the Reformed Church in America, and five years later he moved to Garden Grove, California.  There he founded a Reformed Church congregation, and rented a drive-in theatre to host their services. However, as the motivating speaker’s congregation grew he required a larger space, and construction of a larger church in Garden Grove started in 1958. It was opened in 1961, and offered both drive-in and sit-in services every Sunday. However, the congregation continued to grow, and the visionary Schuller commissioned the ambitious new 75,000 square foot building. Construction started in 1977, and the Cathedral was dedicated in 1980. Ten years later a spire was constructed, at a cost of five and a half million dollars. The Crystal Cathedral operated for two decades, until ownership transferred to the Roman Catholic Diocese of Orange. It has been closed for refurbishment since 2013, and is due to be rededicated as the diocese’s cathedral in 2017.

The Cathedral is made of more than ten thousand panes of tempered glass secured by a network of white steel tethers. Two ninety foot tall glass doors swing open automatically when approached, granting access to the warm and bright interior. The cathedral can accommodate almost three thousand people at a time, as well as a choir of more than one thousand singers in the chancel. A seventeen foot tall gilded cross is placed above the granite altar in the centre of the space. The chancel is made of Rosso Alicante marble imported from Spain. It contains the sixth largest pipe organ in the world, designed by Virgil Fox and made by the renowned Italian organ-making family, Fratelli Ruffatti. The eighteen story tower consists of a stainless steel structure with a carillon of fifty two bells, and a subterranean chamber contains a chapel containing a revolving glass cross.