Built with the intention of both promoting and taxing the trade goods that arrived in the port of New Orleans, the U.S. Custom House represents one of the most significant works of architecture commissioned by the federal government in the American South. Construction of this granite building began in 1848. It took over thirty years to complete this Greek/Egyptian Revival masterpiece owing to the Civil War and the politics of the Reconstruction era. It was added to the National Register of Historic Places and designated a National Historic Landmark in 1974.

This historic government building took over thirty years to complete and remains one of the finest examples of governmental architecture in the South. 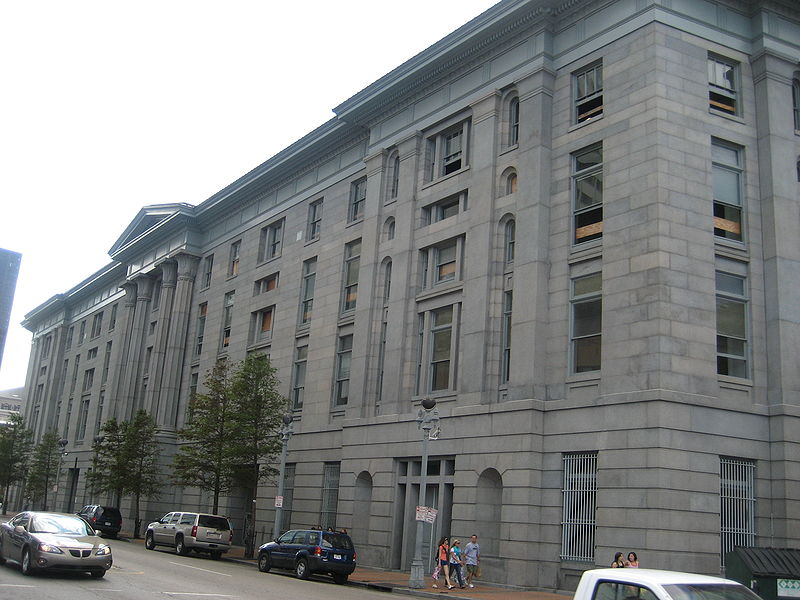 The grand Marble Hall in the center of the building is one of the finest Greek Revival interiors in the United States. 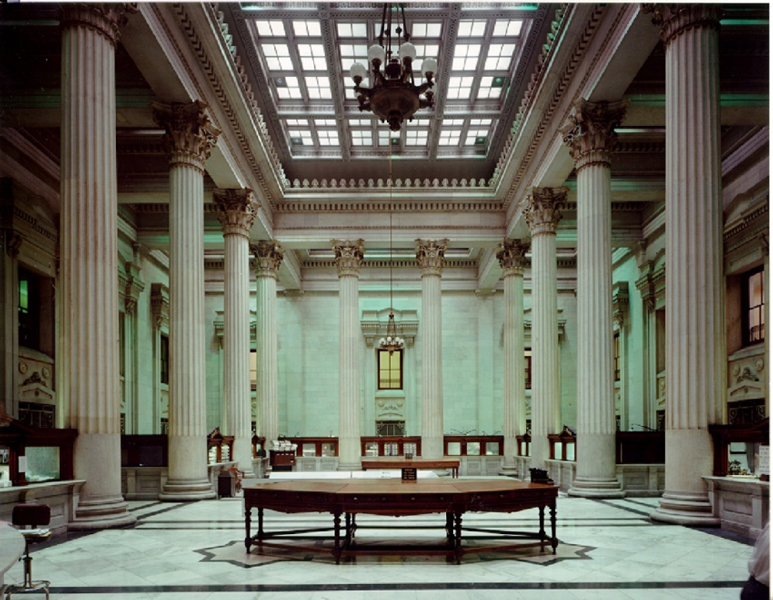 The Union controlled New Orleans for most of the war. This image from Harper's Weekly shows Confederate soldiers held as prisoner in the Custom House. 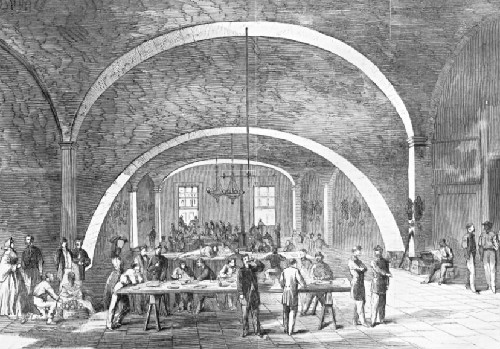 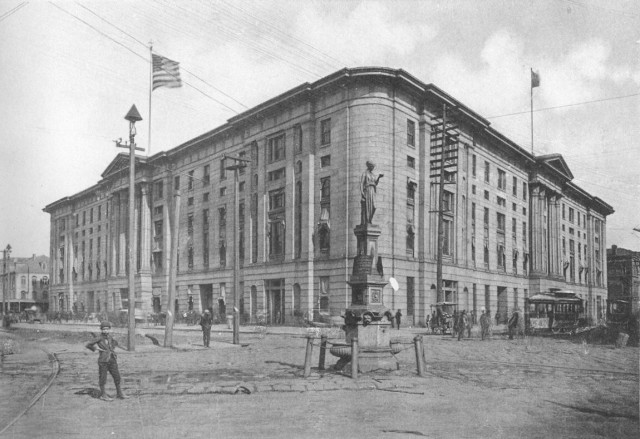 Enough of the building was complete in 1856 to allow the Customs Service to move their operations from the river to the first floor of the building. The building also was intended to serve as a grand central location for the post office, a federal agency that also moved into the building in 1860. Construction was of course suspended during the Civil War owing to the South's insistence that the federal government was illegitimate. During these years, the building was used by Confederate officers until the Union captured and occupied the city from 1862 to the end of the war.  Union General Benjamin Butler established his headquarters on the second floor. The Union also used the building to house captured Confederate soldiers pending their relocation to prisoner of war camps.
In 1871, construction on the building began anew under the supervision of architect Alfred Mullett and it was finally completed ten years later.  Its most prominent feature is considered by many to be its opulent Marble Hall.  This Greek revival masterpiece includes 14 Corinthian columnns that depict Mercury and the goddess Luna bathed in natural light from the rooms massive sky light.
The building underwent its first major renovation in 1916 after the post office and federal courts were relocated.  It experienced further renovations over the years.  One in conjunction with the country's bicentennial in 1975-76 and another, conducted by the General Services Administration, in 1986.  The U.S. Customs and Border Protection Agencies returned to the building in 2011 after being forced to leave after the building was damaged by Hurricane Katrina in 2005.

Today, the building is a tourist attraction but still holds offices of the Customs Service. Since 2008, the first floor of the building has been home to the Audubon Butterfly Garden and Insectarium, a museum that connects children and adults to the world of insects and is the largest museum of its kind in North America.