The Eli Whitney Museum is a historic site, museum, and experimental learning workshop located in Hamden, Connecticut. Originally, the site and building comprised the Whitney Armory, which Eli built in 1798 to produce muskets and other weapons for the U.S. Government. The Armory was at the very forefront of the American Industrial Revolution, as Whitney’s armory used water-powered machinery and standardized interchangeable parts. While Eli’s cotton gin, patented in 1793, was fundamental to mass cotton production in the South, the North’s adoption of interchangeable parts contributed greatly to the North’s victory in the Civil War a half-century later. The Eli Whitney Museum, located on the same site as Whitney’s factory, explores the profound role that Whitney played in bringing about the American Industrial Revolution. Exhibits at the museum feature the story of the cotton gin as well as contributions from other inventors, such as A.C. Gilbert, who invented the erector set. Moreover, the Museum functions as a workshop with the goal of introducing both children and adults to hands-on building projects that blend science and innovation. The Eli Whitney Gun Factory was placed on the National Register of Historic Places in 1974 for its contributions to industrial America and the shaping of manufacturing in the United States. 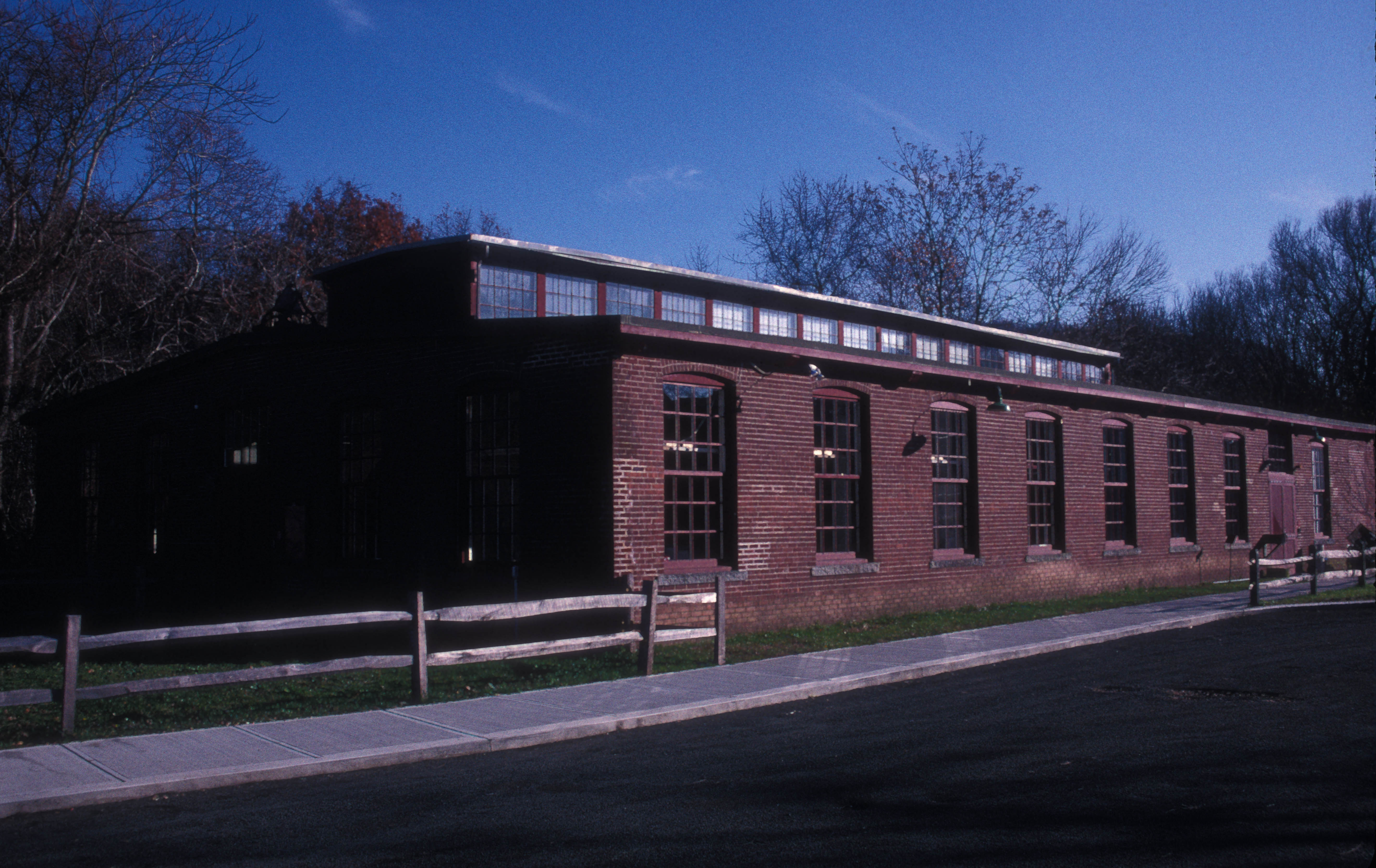 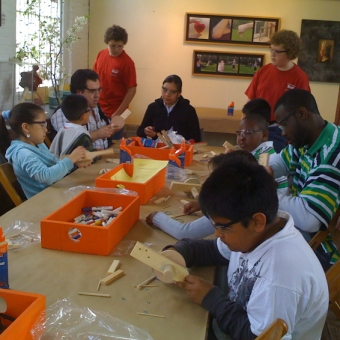 1827 painting of the Gun Factory by William Giles Munson 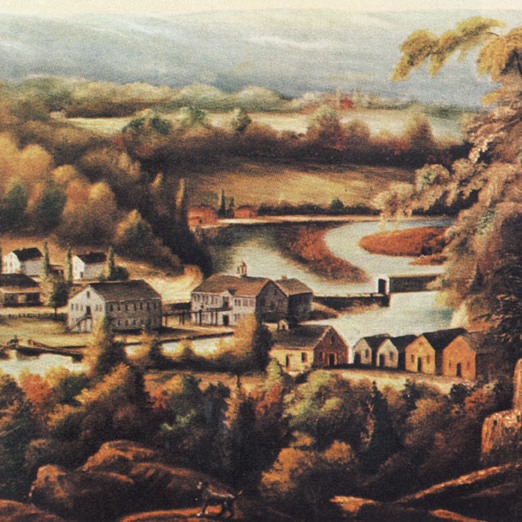 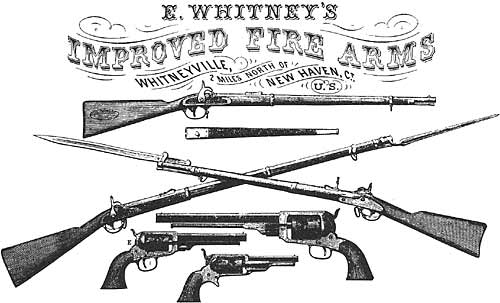 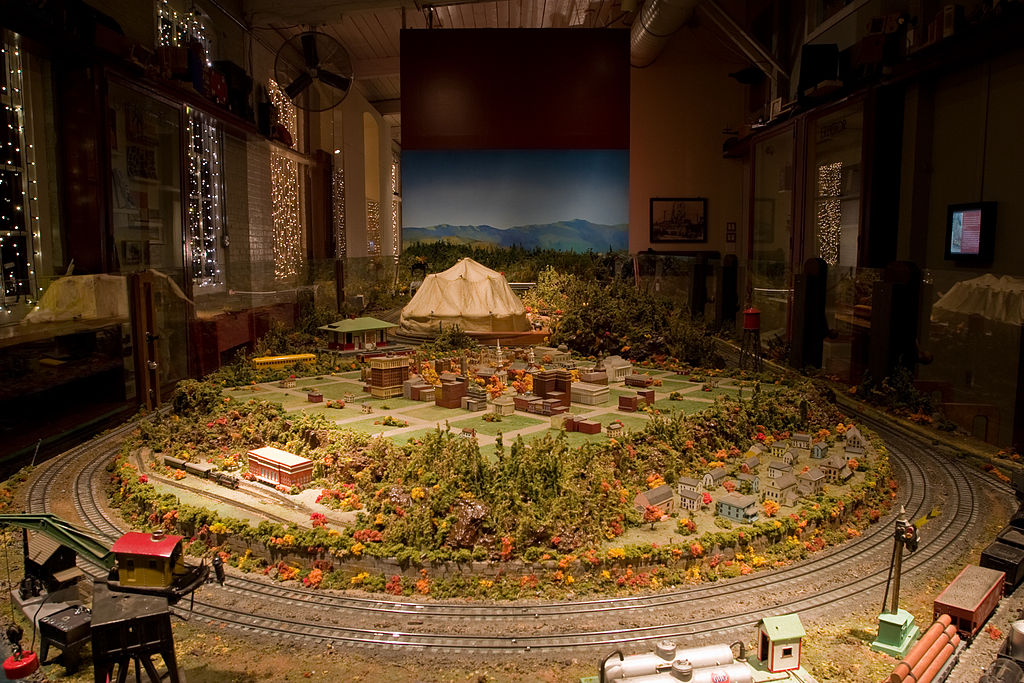 History of the Eli Whitney Armory

Toward the 1790s, Eli Whitney was facing significant financial troubles over litigation around his cotton gin. His cotton gin factory had also burned to the ground. As such, with the French Revolution igniting conflicts between France, Great Britain, and the U.S., the American Government sought a need to rearm. Without every producing a single musket in his life, Whitney used his Yale alumni status as well as the status around his cotton gin to secure a contract in 1798 of 10,000 to 15,000 muskets, delivered to the U.S. Government by 1800.

To produce the muskets, Whitney erected the Eli Whitney Armory in 1798. The factory was located on the Mill River and used the river’s current to power various machinery. Furthermore, instead of constructing each musket by hand (which meant that replacements and repairs had to be unique for each gun), Whitney used interchangeable parts in his muskets, thus allowing soldiers to readily repair their weapons in the field while lowering costs of production. Whitney died in 1825, and his firearms business remained in the family for another 60 years until it was sold to the Winchester Repeating Arms company in 1888.

It is for these reasons, among others, that Eli Whitney is widely considered to be one of the major pioneers who helped revolutionize production methods in the U.S.1

The Eli Whitney Museum, Workshop, and Archives places a significant focus on the legacy Whitney left behind, especially in regards to production and innovation. At the museum, visitors can explore a range of exhibits, including exhibits on Whitney’s life, the Armory, and the cotton gin. Throughout the year, different exhibits also provide visitors with various facets of innovation. For instance, some past exhibits have focused on the invention of the erector set, magnetism, inventor A.C. Gilbert, and more. The Leonardo Challenges also showcase education aspects of invention and innovation, such as “Reflected Creativity,” “Unruly Invention,” and “Imagination in Focus,” among many others.

The purpose of the museum is to collect essential experiments and inventions, such as tools and clever ways of building. The workshops at the museum, however, emphasize innovative experiments that require self-guided trial and error, active exploration, and testing by all the senses. Following in the spirit of Whitney’s quote, “I have made more armorers than arms,” the workshop boasts its role as a learning laboratory. Therefore, visitors can find walk-in projects and demonstrations, schools can arrange programs, and apprenticeships are available.2