Beacon Hill is a Revolutionary War-era historical site that preserves the history of the British invasion of New Haven in 1779. In order to warn the residents of New Haven and surrounding towns of a possible British attach, colonial rebels in New Haven built a large wooden and brush beacon atop this hill in 177. Should a British ship appeared over the Atlantic horizon, these guards were to light the beacon on fire. Around dawn on July 4-5, 1779, New Haven resident Thomas Painter was serving as a coastal watchman on this hill when he spotted a British ship a few miles down the harbor. Painter lit the beacon, and the blaze alerted the town's residents. Thanks to the advance warning, local Patriot militias were able to gather and organize a hasty defense of the city. These rebel fought the British troops as they disembarked from both the east and west sides of the harbor. The fight eventually reached Beacon Hill. Throughout the day, 56 British soldiers and 23 colonial rebels were killed before the British troops retreated. 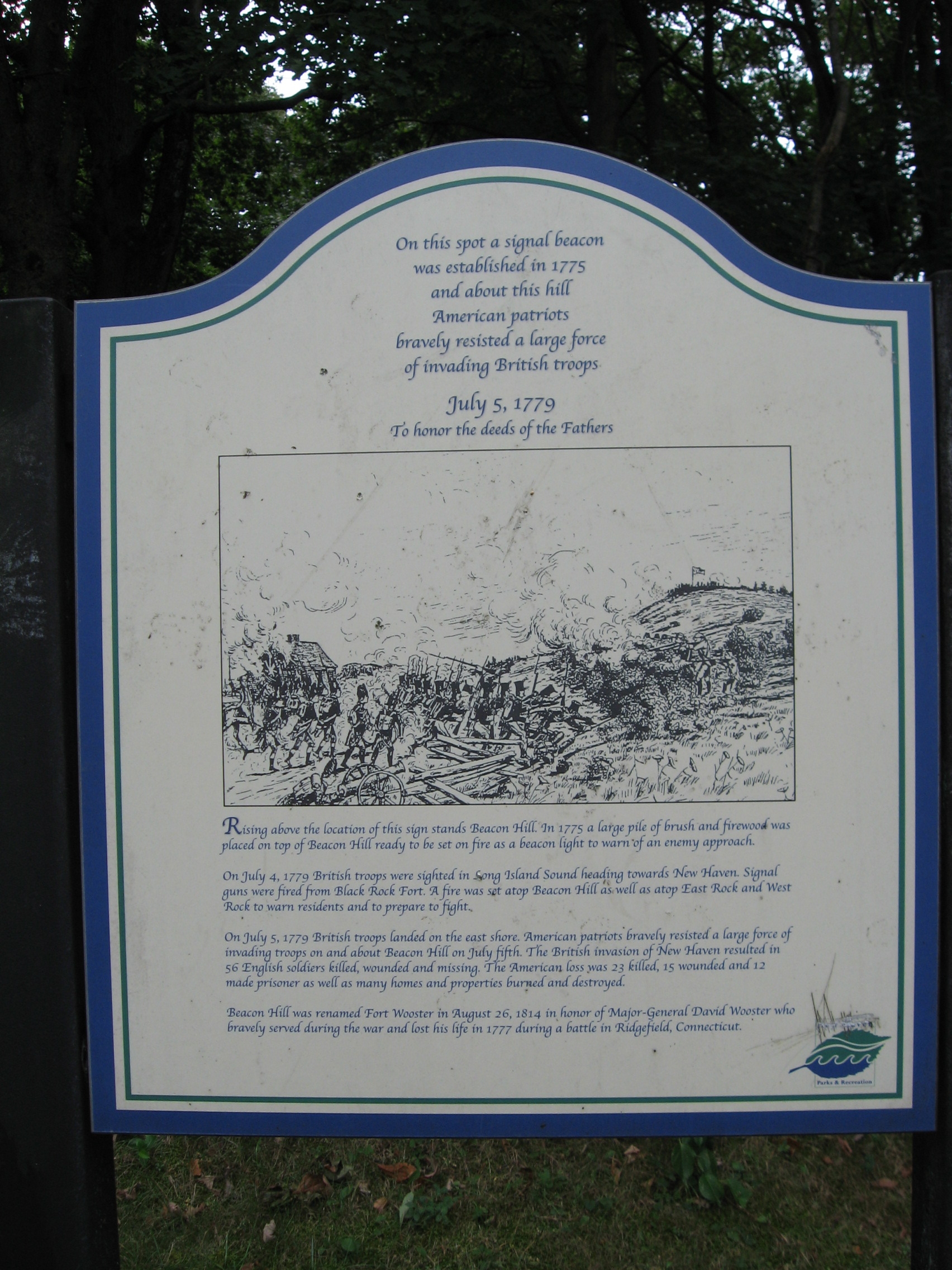 Map of the English Invasion in 1779 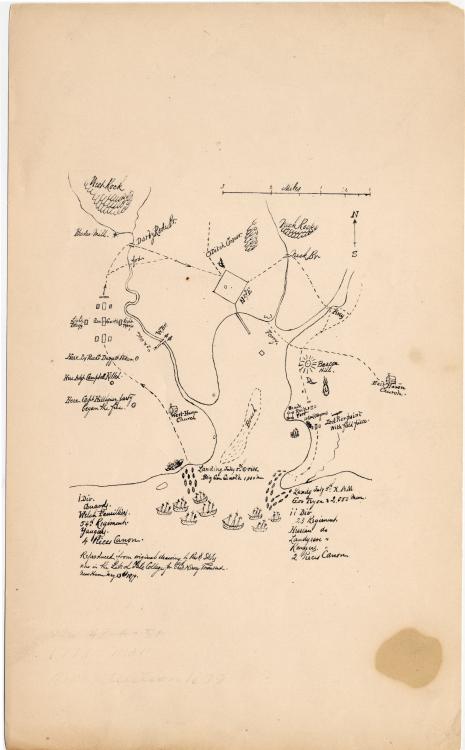 History of the Invasion of New Haven

Since the beginning of the Revolutionary War, beacons were vital systems along many areas of the East Coast as, upon lighting, they signaled the militia and warned local residents of a British invasion. The New Haven beacon’s purpose, like many others, was to alert the townspeople of a coming invasion; upon lighting, beacons from Black Rock Fort and atop East Rock and West Rock were also set to be lit, informing all militia while sending further signals to possible landing points.

The beacon atop Beacon Hill wasn’t lit until July 4th, 1779. During Thomas Painter’s night-shift standing guard a few miles down the west coast of the New Haven harbor, he witnessed the British ship, the Flagship Camille, coming up the coast. Painter immediately sounded the alarm canon and sent a drummer to West Haven to sound the alarms, including the Black Rock Fort beacon. With the Black Rock Fort beacon lit, the beacon atop Beacon Hill was also set aflame, and soon, militia throughout the New Haven area began to prepare. At around 5 a.m. on July 5th, the British ships landed and the 54th Regiment, a Regiment of Fusiliers, the Guards, a detachment of Jagers, and four field cannon disembarked in West Haven. The large British invasion party was initially met by a small defense of just 25 young Colonials.

Little fighting transpired though the British troops made good of their initial landing by ransacking and torching houses while they marched toward the New Haven Green. Colonials hid among brush and other concealed places, taking sniper shots.

At the same time as the first landing, more British troops (including General Tryon and the 23rd Royal Regiment, the Kings Americans, a Tory Regiment, and the Landgrave’s Hessian Regiment) landed near Black Rock Fort, which was defended by a mere 19 Colonial militia.

As the British furthered their invasion, marked by sniper fire and small skirmishes, they drank the local rum, burned homes, and murdered patriot citizens. By afternoon, many of the British soldiers were drunk and demoralized by the constant sniper fire, and returned to their ships with prisoners (historical estimates range between 12 and 40).1

On this spot, a signal beacon was established in 1775, and about this hill, American patriots bravely resisted a large force of invading British troops.

Rising above the location of this sign stands Beacon Hill. In 1775 a large pile of brush and firewood was placed on top of Beacon Hill ready to be set on fire as a beacon light to warn of an enemy approach.

On July 4, 1779 British troops were sighted in Long Island Sound heading towards New Haven. Signal guns were fired from Black Rock Fort. A fire was set atop Beacon Hill as well as atop East Rock and West Rock to warn residents and to prepare to fight.

On July 5, 1779 British troops landed on the east shore. American patriots bravely resisted a large force of invading troops on and about Beacon Hill on July fifth. The British invasion of New Haven resulted in 56 English soldiers killed, wounded and missing. The American loss was 23 killed, 15 wounded and 12 made prisoner as well as many homes and properties burned and destroyed.

Beacon Hill was renamed Fort Wooster in August 26, 1814 in honor of Major-General David Wooster who bravely served during the war and lost his life in 1777 during a battle in Ridgefield, Connecticut.2