Woods Hall was originally built between 1867 and 1868. Named Alva Woods Hall in honor of UA's first president and was the first building constructed after the Civil War. Woods Hall houses studio art classrooms and graduate studios in the Department of Art and Art History. The ground floor contains the sculpture workshop and Sella-Granata Art Gallery.

View of Woods Hall in 1970 taken by the Perkins Family

Cadets in front of Woods Hall

Woods hall after Reconstruction in 1975

Students at Woods Hall in 1970 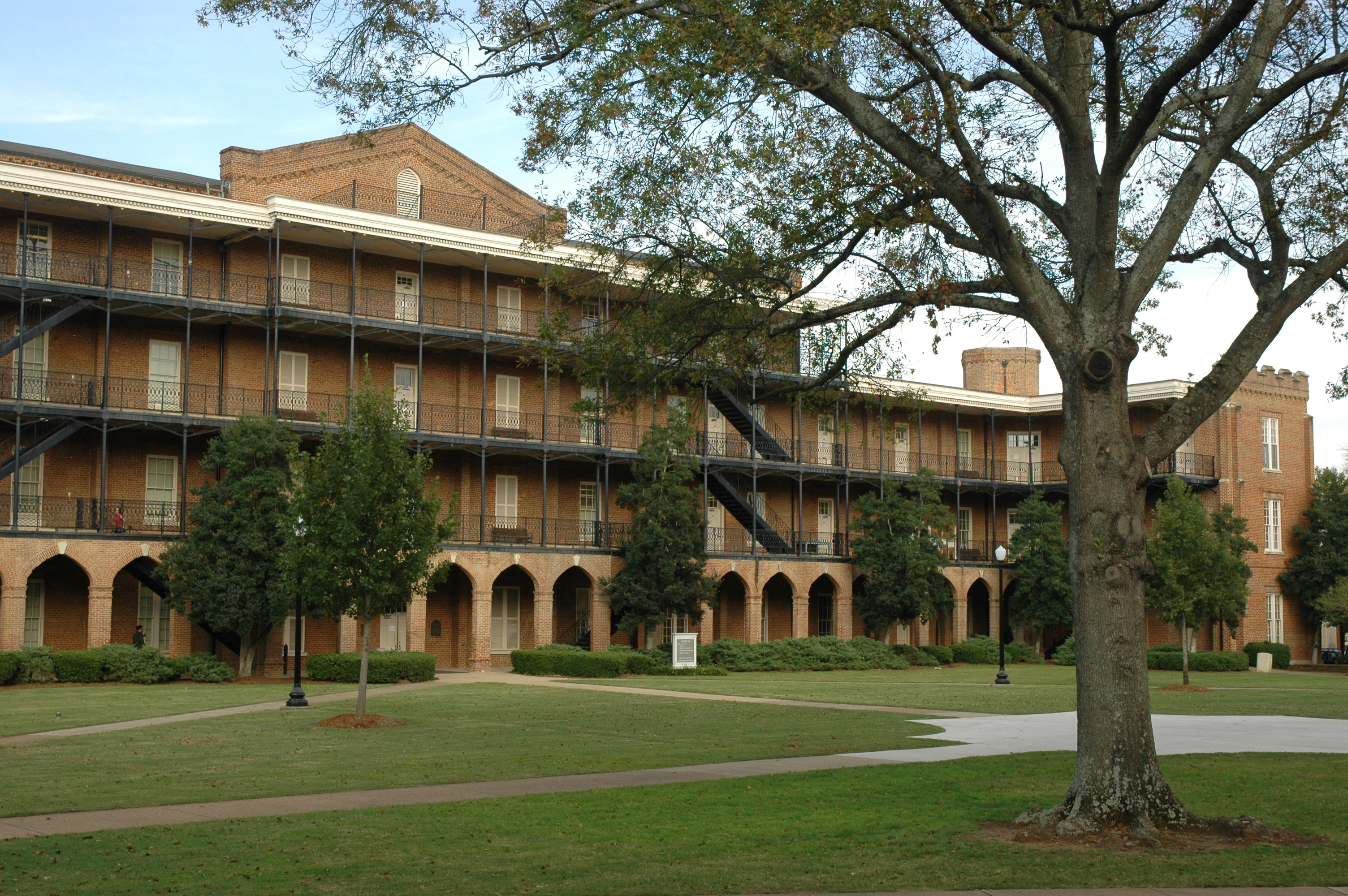 Woods Hall was the first new building on campus following the Civil War. It was constructed from 1867 to 1868. The four-story brick structure was built with a Gothic Revival arcade on the ground floor, end facades in the Gothic Revival style with a crenelated roof  and cast iron galleries on the central upper floors (Mellown, 1988). Originally, the building was known as "the barracks" because it was used as a dormitory. It also housed a dining hall and classrooms on the ground floor. It remained a dormitory until 1961, when it was converted for use by the Department of Art and Art History (Wolfe, 1983) which it currently houses. The building was named for the first president of the university, Alva Woods. The area between Woods Hall on the one side and Woods, Clark, and Manly on the other side is known as Woods Quad in honor also of Alva Woods.

Alva Woods was born in 1794 in Vermont. He was raised Baptist and studied at Phillips Academy in Massachusetts. He then graduated from Harvard in 1817 and entered the Theological Seminary at Andover, Massachusetts. He was ordained in October 1821. He had accepted a professorship at the new Columbian College (present day Columbia University) in Washington, where his first task was to undertake fund raising for the college in the Atlantic States and in Great Britain. While in Great Britain, he attended lectures at the universities and spent the funds he raised on books and philosophical apparatus for the college.

After visiting the cultural institutions of Europe he returned to teach at Columbian College, but it was not long before the financial hardships of the college forced him to leave and accept the professorship of mathematics and natural philosophy at Brown University in 1824 (Mitchell, 1993). He served as president in 1826-27 after the resignation of Asa Messer, and resigned in 1828 to become president of Transylvania University.

In 1831, Woods accepted the presidency of The University of Alabama. He was convinced that the education of the women was important because they would go on to teach the youth. He played an instrumental part in the founding of the Alabama Female Athenaeum in Tuscaloosa and served as president of its Board of Trustees (Mitchell, 1993). Unfortunately, the southern climate had negative effects on his health and he desired that his son be educated in the North so Woods decided to resign from The University of Alabama in 1837. He died in Hamilton, New York, in 1887 (Mitchell, 1993).