Built in 1813, Fort Mitchell served as an important American frontier post during the early 19th century. As American settlers encroached on Creek Indian lands in the early 1800s, Fort Mitchell was constructed provide protection for settlers and serve as a military hub for campaigns against the Creeks during the Creek War of 1813-1814. Following the Creek War, the post housed both a trading post and agency for dealing with the Creeks and other Native-American tribes. It was used during the Second Seminole War, and it served as a hub for the forced removal of the Creek Indian tribe westward via the infamous Trail of Tears. It was abandoned in the 1940s, although it saw brief use in the Civil War. Today, the site is preserved and interpreted as the Fort Mitchell Historic Site. 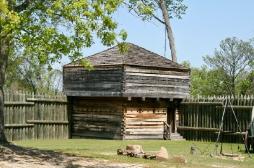 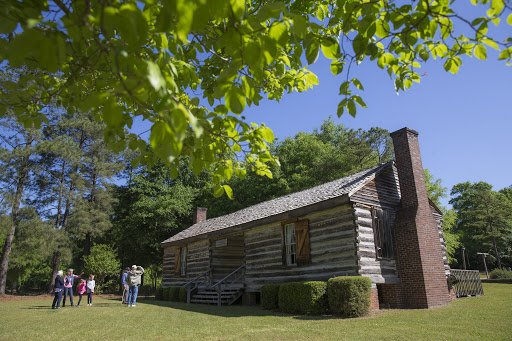 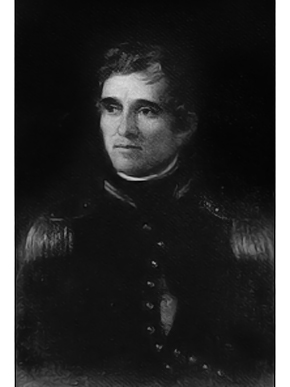 A historical marker on the site grounds 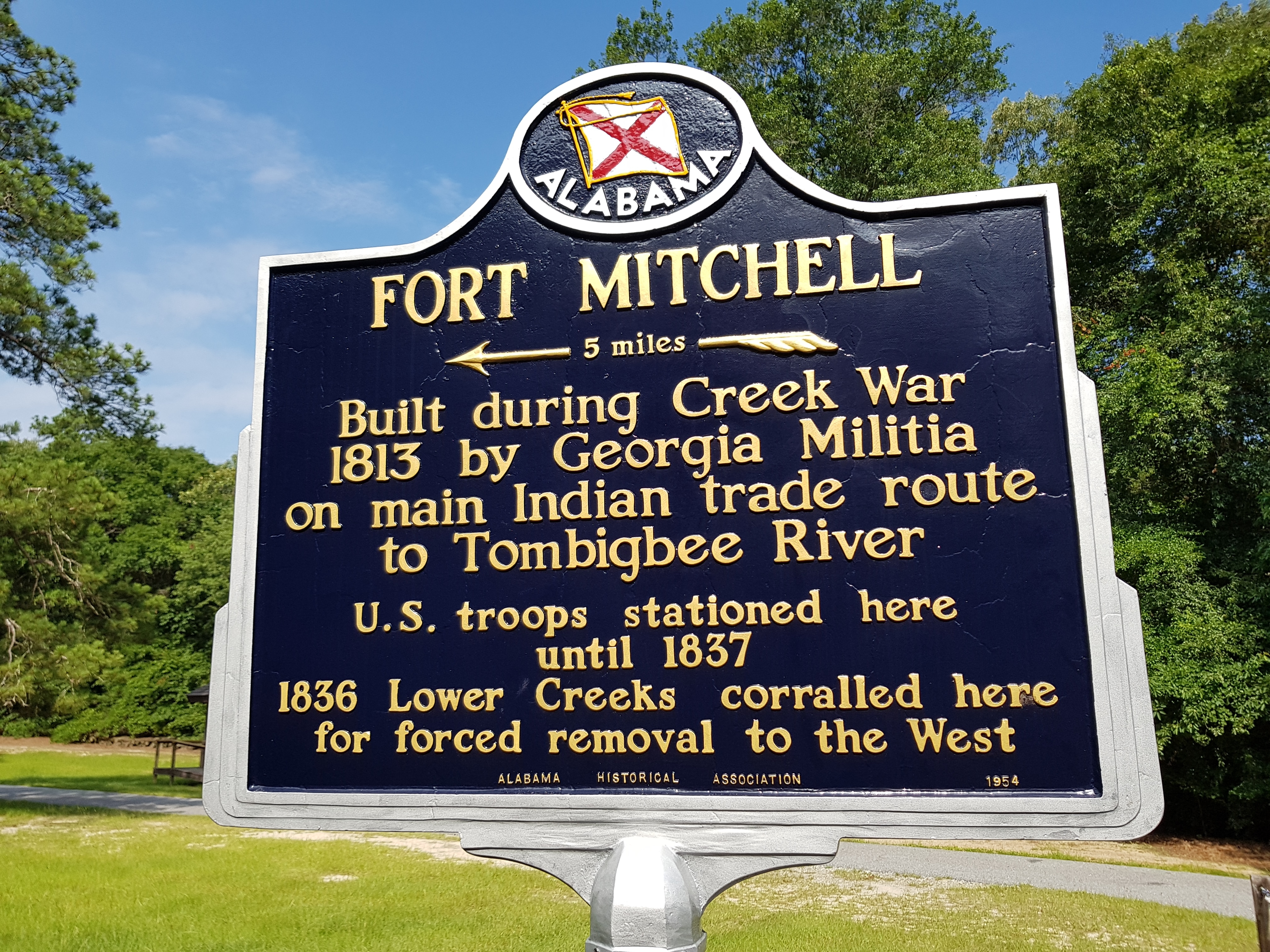 In the early 1800s, American settlers began to penetrate into western Georgia and Mississippi Territory (which constituted both present day Alabama and Mississippi). The movement westward was facilitated by the establishment of the Federal Road, an old westward Indian path that developed into a postal road connecting Georgia to New Orleans by passing through Creek Nation. In 1811, as tensions rose with Great Britain, the Federal Road was expanded into a 16-foot wide military road. The westward expansion of Americans encroached upon the lands of Creek Nation, centered upon central Alabama and western Georgia.

A faction of the Creeks weren’t receptive to white encroachment and white cultural influence. Known as the Red Sticks (named for the Creeks’ red-painted war clubs), they were influenced by the teachings of Shawnee war leader Tecumseh and his brother Tenskwatawa. In 1812, the Red Sticks devolved into a civil war with Creek towns friendly to the United States. Following the Battle of Burnt Corn and the Fort Mims Massacre in 1813, the United States found itself at war with the Red Sticks as well.

It was during the Creek War of 1813-1814 that Fort Mitchell was constructed. Georgian militia under the command of General John Floyd constructed Fort Mitchell along the banks of the Chattahoochee River, near the Creek village of Coweta. The fort was named in honor of former Georgia governor David Brydie Mitchell. Relatively little is known about the first fort’s construction. General Floyd used the fort as a base of operations throughout the Creek War, launching two sustained campaigns into Red Stick territory that resulted in the Battles of Autossee and Calabee Creek. The Red Sticks were ultimately defeated by Andrew Jackson at the Battle of Horseshoe Bend, and the Creek Nation was subsequently forced to cede over 20 million acres of land to the United States.

Fort Mitchell remained in use following the Creek War. In 1817, an Indian trading post was relocated to Fort Mitchell, where furs were traded for food and manufactured goods; by the early 1820s, Fort Mitchell was an Indian agency for the Creek Indians. On his nationwide tour of the United States, the famed French hero of the American Revolution Marquis de Lafayette stayed at Fort Mitchell in 1825. Later that year, the U.S. 4th Infantry moved into Fort Mitchell. They upgraded the post substantially, building a12-foot high wooden stockade and a blockhouse; existing structures were used as officers’ quarters. The post saw service in the Second Creek War and was an assembly point for the forced removal of Creek Indians westward in 1836 (an infamous event known as the Trail of Tears). Following the Creeks removal, the fort saw little use and was abandoned by 1840. During the Civil War, the 15th Alabama Infantry (Confederate) used the site for drills.

In the 1970s, archaeological work began at the site. In 1990, Fort Mitchell was added to the National Register of Historic Places. The site is now preserved and interpreted as the Fort Mitchell Historic Site, complete with a visitors’ center, reconstructed fortifications, carriage house, and the Chattahoochee Indian Heritage Center. The Fort Mitchell National Cemetery is located nearby.