Between 1810-1928, the Red Mill was integral to the economic life of Clinton. It was built by Ralph Hunt in 1810 who used it to process wool. It is now a museum and houses 40,000 agricultural, industrial and domestic artifacts, many of which are on display and often rotated in the exhibits. 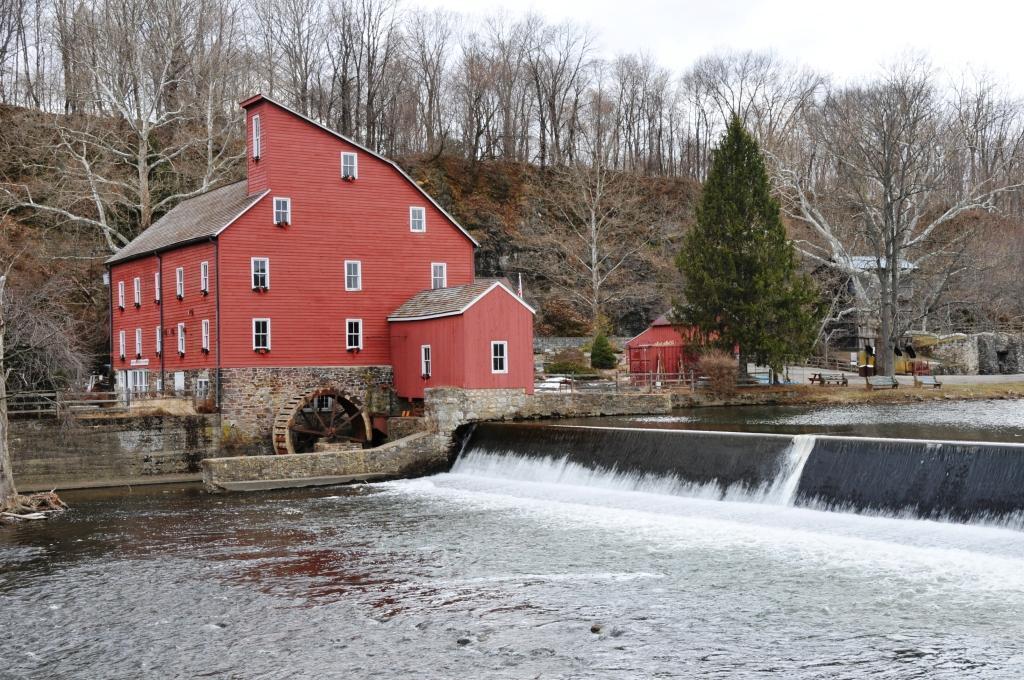 Over its lifetime as a working facility, several people owned the mil. Hunt's venture as a wool maker failed as a result of the flood of cheaper foreign wool essentially ended the domestic wool industry. Later owners used it as a grist mill, graphite mill and talc mill. It is not clear when the building was converted to a museum.