On January 6th, 1777, George Washington marched north from Valley Forge to the beautiful city of Morristown, New Jersey, for his winter encampment following victories over the British at Trenton and Princeton in 1776. Washington chose Morristown for not one, but two winter encampments in 1777 and also in 1779-1780. The city was picked for its strategic location, being surrounded by mountains and giving General Washington a good vantage point to look out for impending British troops from New York City, but also to protect Philadelphia, where the founding fathers presided. It was in Morristown, during the Continental Army’s two encampments, that Washington began training his troops with the help of French General Marquis De Lafayette, as well as added hundreds of new recruits to his army to fight the revolution. Today the area known as "Washington's Headquarters" is a National Historical Park in Morristown, and it includes Ford's Mansion, the Morristown Green, and the museum building itself.

Ford's Mansion at Washington's Headquarters in Morristown, New Jersey. Washington and his family quartered in the house during his second winter encampment in 1779. Image from digital commons. 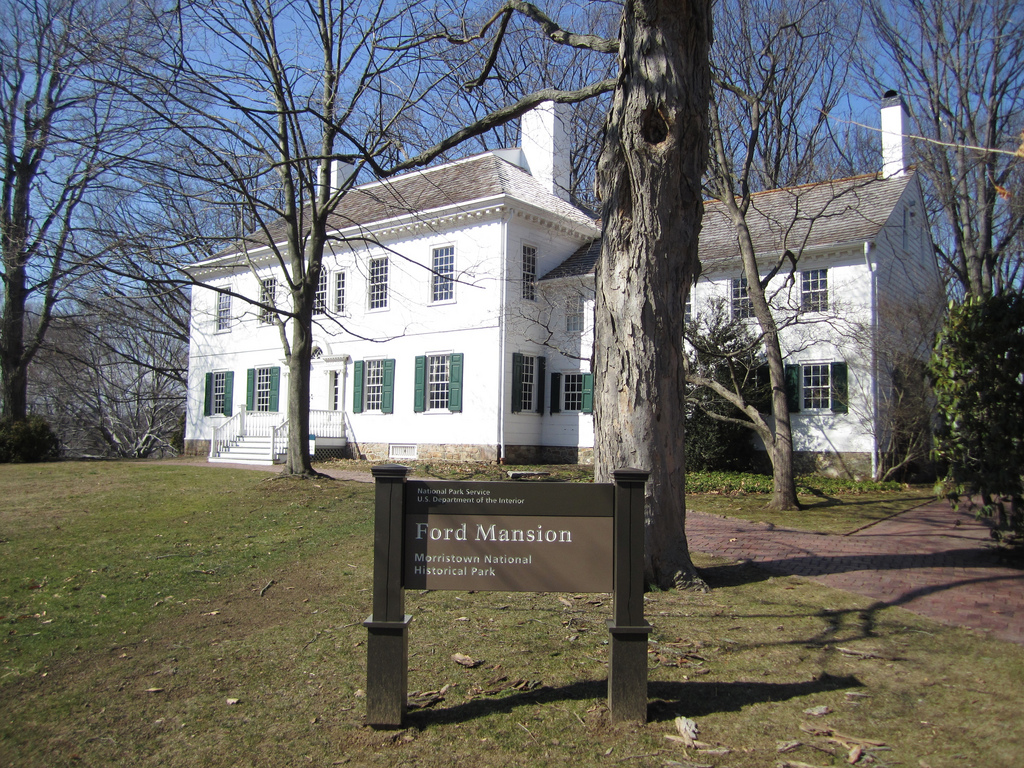 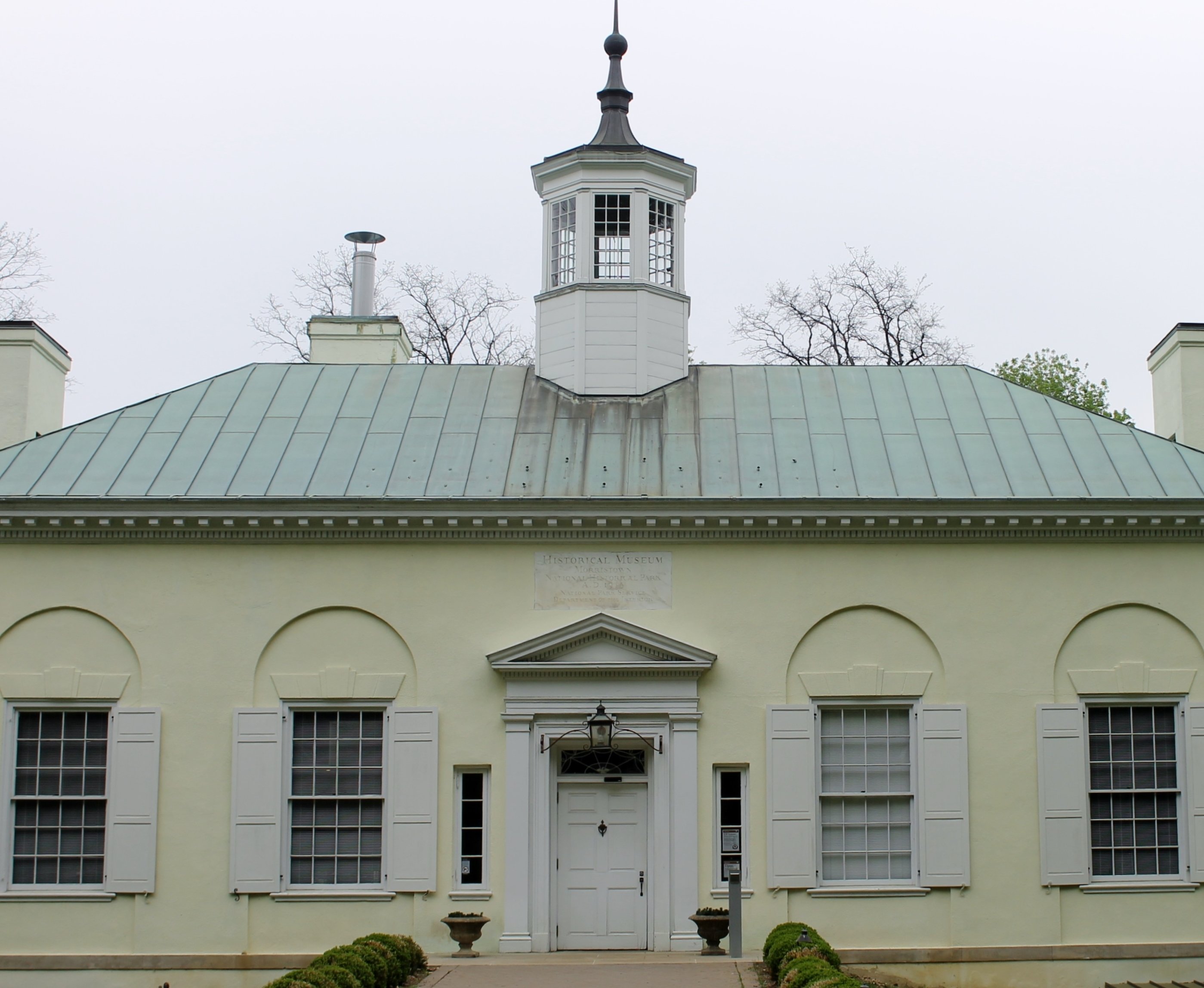 Life-sized statues of George Washington and his generals Alexander Hamilton and Marquis De Lafayette on the Morristown green, the site of Washington's first winter encampment in 1777. Image from digital commons

19th century engraving of Ford's Mansion by artists William Croome and Joseph Andrews. The Ford family would continue to live in this house after Washington's departure until the 1870s when it was sold to auction. Image from digital commons 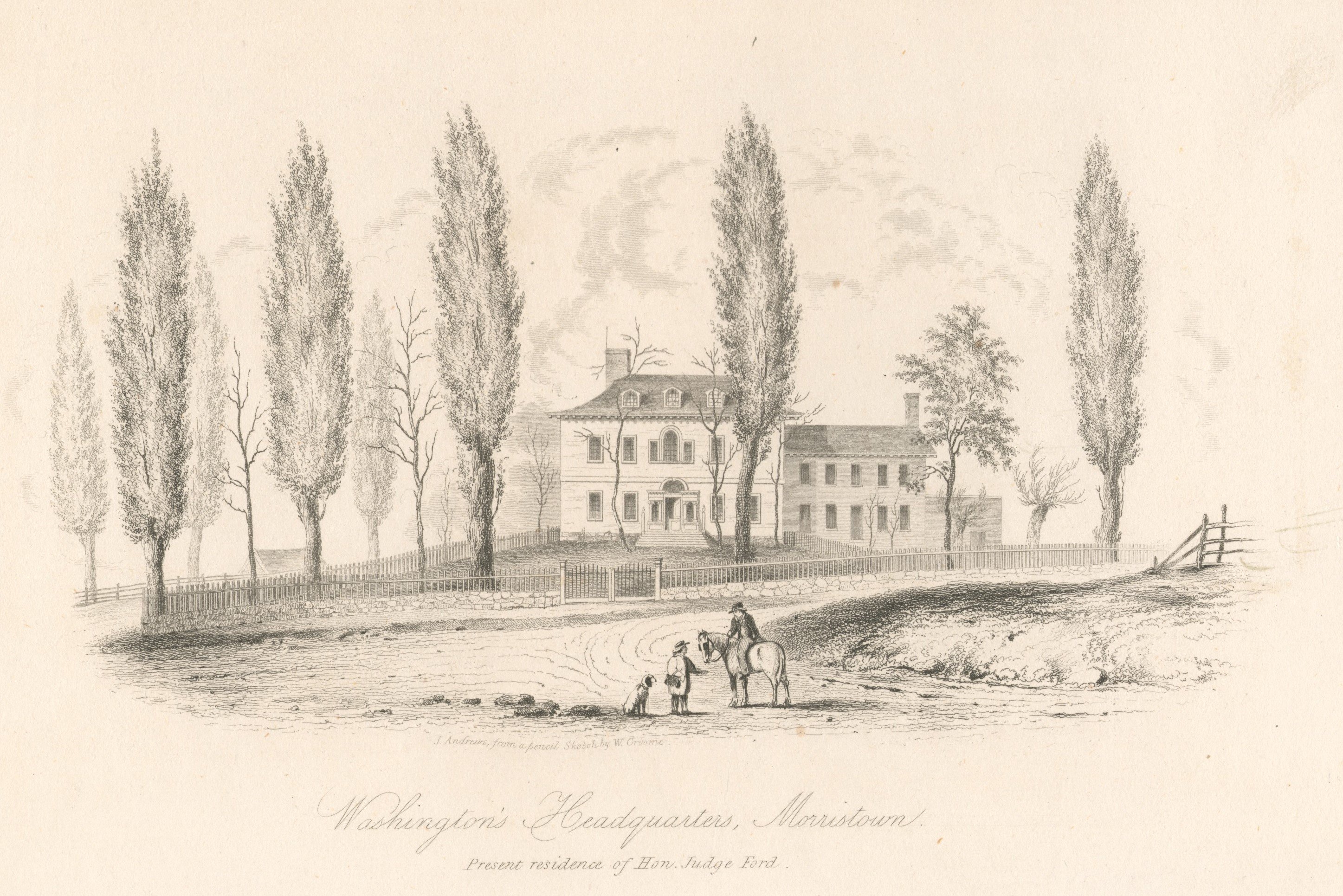 During George Washington’s first five month encampment in Morristown in the winter of 1777, he maintained headquarters at Arnold’s Tavern on the Morristown Green, which was the central hub of the city, while his troops set up camp outside on the Green itself. The winter was exceptionally brutal, although Washington had faced worse during his Valley Forge encampment, right outside Philadelphia, in December of 1776. The hills surrounding Morristown gave General Washington a good vantage point to watch for the British, who were camped out nearby across the Hudson River to hold New York City. Morristown was also a strategic spot for Washington’s men to watch the roads that connect British strongholds from New Jersey to New England, as well as protect Philadelphia from British forces. George Washington used his time in Morristown in 1777 as a chance to reorganize a battered Continental army, as well as rebuild the army with new recruits.

Two years later, in the winter of 1779-1780, Washington sets up his second encampment in Morristown; this time on a 1500-acre section of woods right outside the city known as Jockey Hollow, and Washington held Headquarters inside Ford’s mansion. Ford’s Mansion was a large, Georgian style home built in 1774 for Colonel Jacob Ford Jr., who was an iron manufacturer. Ford died right around the time Washington began his first encampment on the Green in January of 1777, when thirty five soldiers from Delaware were quartered in his house. Ford’s wife, Theodosia Ford, let General Washington use the mansion during his second encampment in the winter of 1779.  Mrs. Ford and her two children moved into two rooms, while George Washington, his wife Martha, their five aides-de-camp, eighteen servants, some guards, and a number of visiting dignities took over the rest of the house.

The winter of 1779 was one of the most brutal ever recorded, and mutiny became a problem for General Washington and the Continental Army as early as December. There was very little food for the soldiers, who also had no shoes and slept in cramped unsanitary tents on their beds that were the frozen ground. Washington himself complained of a lack of space inside Ford’s mansion for him, his wife, and all their servants. Although challenging, General Washington had an eventful winter in Morristown. Benedict Arnold was court-martialed in Morristown on December 23rd, 1779, and Marquis De Lafayette arrived at Washington’s headquarters on May 10th, 1780, to announce that the French would be sending an expeditionary force of about 6,000 men to help fight in the revolution.

Today, “Washington’s Headquarters” is a registered National Historical Park in Morristown, New Jersey. The site consists of Ford’s Mansion, and the Morristown Green, as well as the actual museum building itself. The Ford family continued to live in their house until 1870 when it was sold to auction. Ford’s Mansion is currently decorated to how historians believe Washington and his family kept the house while they lived in it. The Morristown Green, where Washington’s men set up camp in the winter of 1777, is home to three bronze life-sized statues of George Washington, Alexander Hamilton, and Marquis De Lafayette. The museum building itself is a Colonial Revival style building designed by John Russell Pope. Pope used the style of Washington’s Virginia home Mount Vernon as inspiration for designing the museum building. The museum memorializes General Washington and the Continental Army’s two winter encampments in Morristown, and the hardships the United States’ first underfunded and under-supplied army had to suffer through and sacrifice in order to help secure the birth of our nation.

4. The Official Web Site for The State of New Jersey. Accessed October 20, 2018. https://www.nj.gov/state/historical/it-happened-here/ihhnj-er-morristown-winter.pdf.