The glamour, optimism, and excess of the Roaring Twenties were on full display as over two thousand guests joined the Olympic Hotel as it celebrated its Grand Opening on December 6, 1924. The evening was the culmination of a decade-long campaign led by members of the Seattle Chamber of Commerce to secure a world-class hotel in their growing city. Territorial University, soon known as the University of Washington, had been located on this land in its early years. The Grand Opening marked the beginning of a new era for the capital of Washington State, and the Fairmont Olympic Hotel remains a symbol of pride for Seattle.

The Lobby of the Olympic Hotel in 1924 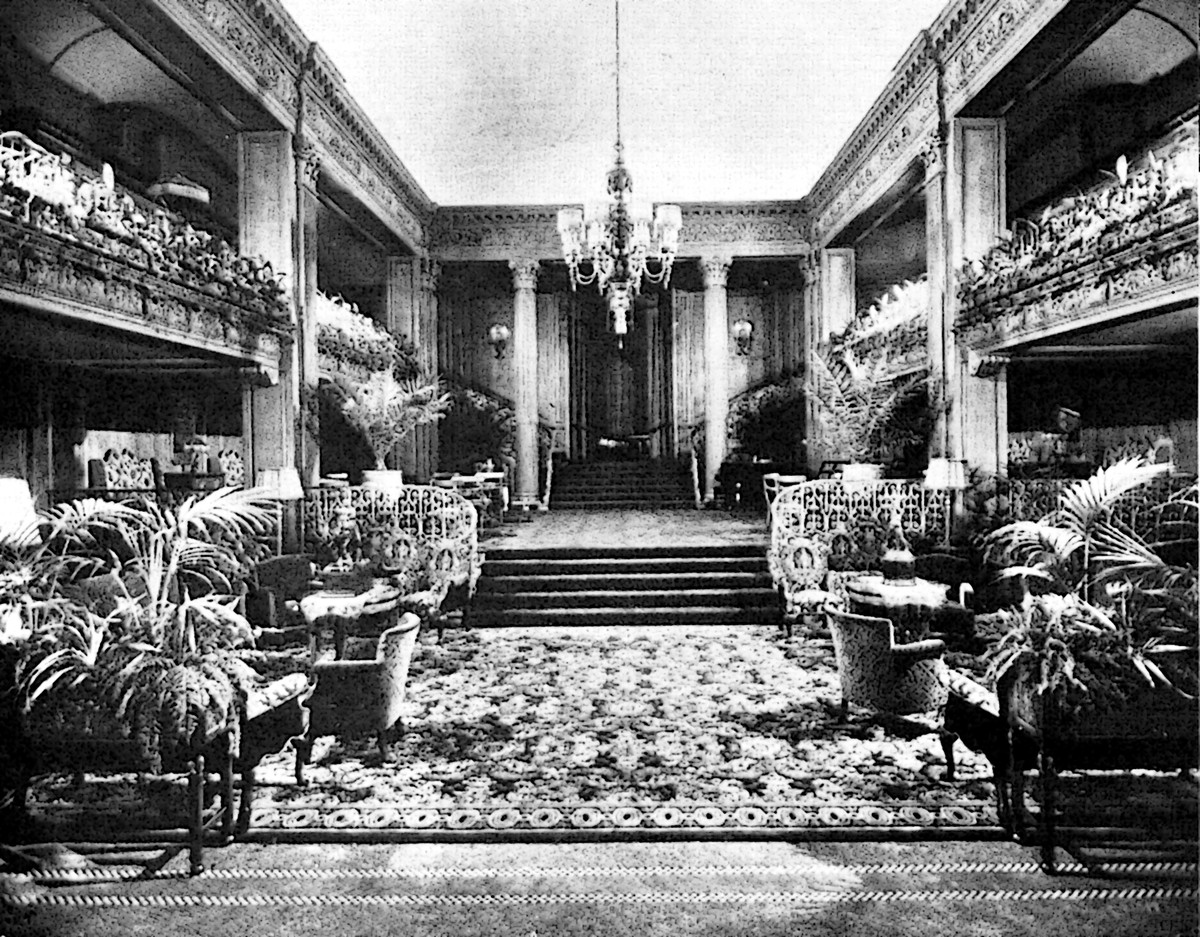 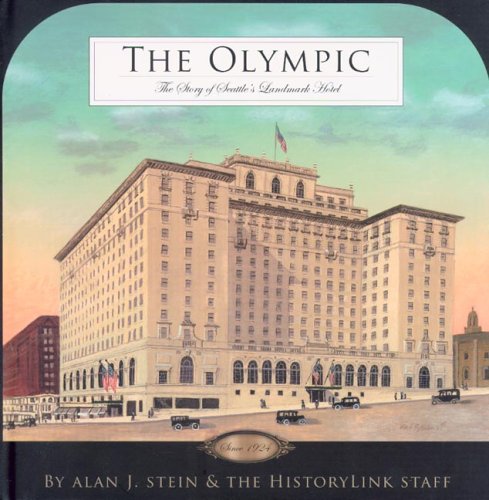 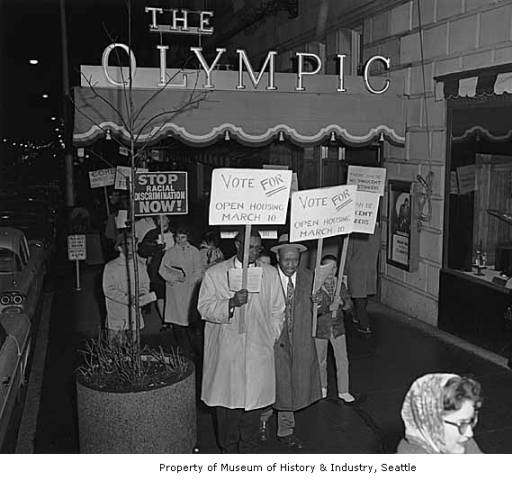 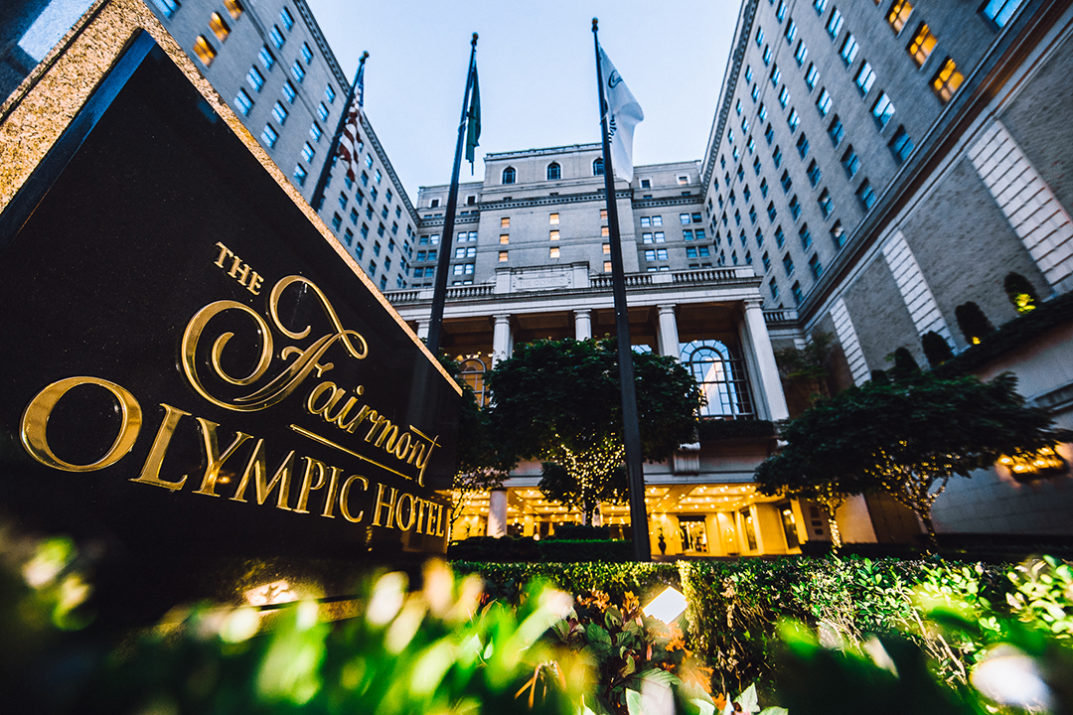 The now Fairmont Olympic Hotel was built at the location of the original site of the first campus of the University of Washington, which had been known as Territorial University in its early years. The university moved in 1895 but they continued to own this and several other tracts downtown. After World War I, Seattle began to lobby for a fine, world-class hotel, so a committee was formed and they soon had their eyes on an area called "Metropolitan Tract," by University and Seneca streets and bounded by 4th and 5th avenues. After facing numerous obstacles and rejections, the Chamber of Commerce and Metropolitan Building Company formed a Community Hotel Corporation and subleased the property and raised money to build through a bond drive. Construction finally began in January of 1924.

The hotel was made of buff-faced brick with terra cotta trim and had a base of granite with Belgian marble; it was completed in an astounding eleven months and cost $5.5 million. $800,000 of that cost went towards the furnishings alone. The Beaux-Arts style Olympic Hotel opened on December 6, 1924 with more than 2,000 of Seattle's residents attending, and hundreds lining the streets just to catch a glimpse of the glamorous hotel and attendees. The event was significant for the West Coast because such elaborate occasions were more prone to occur in large East Coast cities such as New York and Boston. The first floor featured a grand lobby that was paneled with American Oak and a lounge called the Palm Room. Additionally there was the Assembly Lounge, which led to the Italian and Spanish Ballrooms. Below the two ballrooms were the Coffee Room, Ship Room, Lunch Room, and five kitchens.

Like many of the grand downtown hotels, the Olympic struggled during the Great Depression but remained the center of Seattle's social scene until changing consumer tastes and movement away from the city center placed the historic building and business in danger. However, the hotel and its Italian Renaissance architecture was restored in the 1980s by the Four Seasons group. Acquired by the Fairmont Hotels & Resorts in 2003, this historic hotel was renovated once again between 2014 and 2016. The Fairmont Olympic Hotel continues to represent the elegance and grandeur it did when it opened in 1924 and is on the National Register of Historic Places. It remains a sense of pride for Seattle and is still one of the finest hotels in the United States.