The Bartow History Museum preserves the history of Bartow County through permanent, changing and interactive exhibits. It focuses on the period from the early period of settlement, when the Cherokee people still inhabited the area, through 1950. People's home life and the industries (iron, textile production, agriculture, and arts at crafts) that supported them are represented. The museum also houses an archives that contains 1,000 books, pamphlets, magazines and other publications, in addition to photographs, documents and genealogy records. Records pertaining to local churches, businesses, schools and civic organizations can be found here as well. 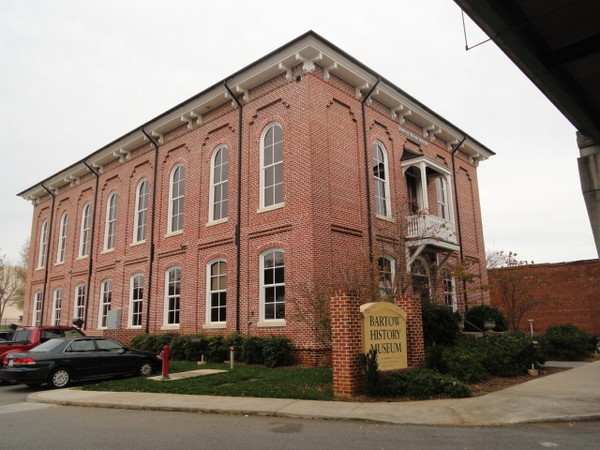 The building itself was constructed in 1869-1873 as the county's second courthouse (the first one burned down). It is one of the few buildings in the state constructed in the Italianate style. A third courthouse was replaced this one in 1902 because the noise from passing trains disrupted court proceedings. During the 20th century, the building was used as a warehouse, furniture store or was otherwise vacant. The museum finally opened in 2010.