The Jule Collins Smith Museum of Fine Art is the only university art museum in Alabama. It opened in 2003 and its art covers mostly 19th and 20th century American and European fine art. Artists featured in the museum include Georgia O'Keeffe, Jacob Lawrence, Marc Chagall and Salvador Dalí. The museum houses over 2,000 works art and the the museum grounds feature a sculpture garden and landscaped walking paths. Another highlight of the museum is the large collection of prints by naturalist Joseph Audubon. 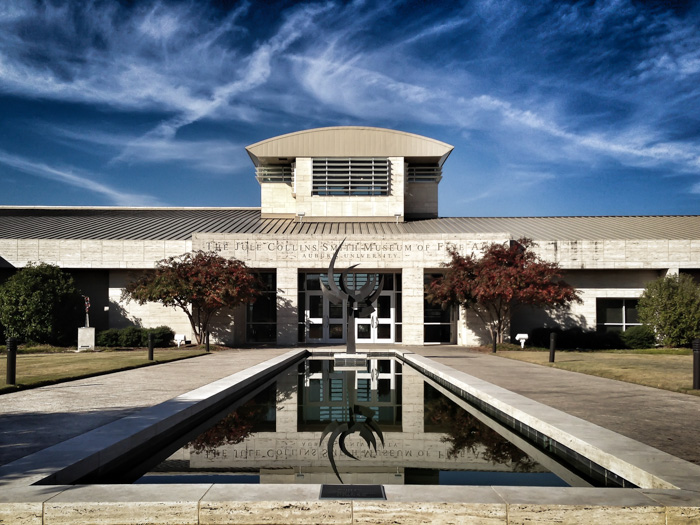 The museum took decades to come to fruition. The university received 36 paintings in 1948. In 1992 it received the collection of Audubon prints. In the coming years, the university was given grants and donations that helped lead the way towards building the museum.