Built around 1887, the Charles and Mary Ann Dyer Goodnight House at Goodnight, Texas has become one of the most important historic structures in the Texas Panhandle and remains an essential part of Texas history. The home was occupied by the Goodnight family from 1887 until 1926 and was regarded as the finest house in the Panhandle. It also probably was the first house in the region to be designed by a professional architect, although the exact designed has not yet been identified. This historic home has been well-preserved and has scarcely been altered from its original design.

The Goodnight home, circa 1900 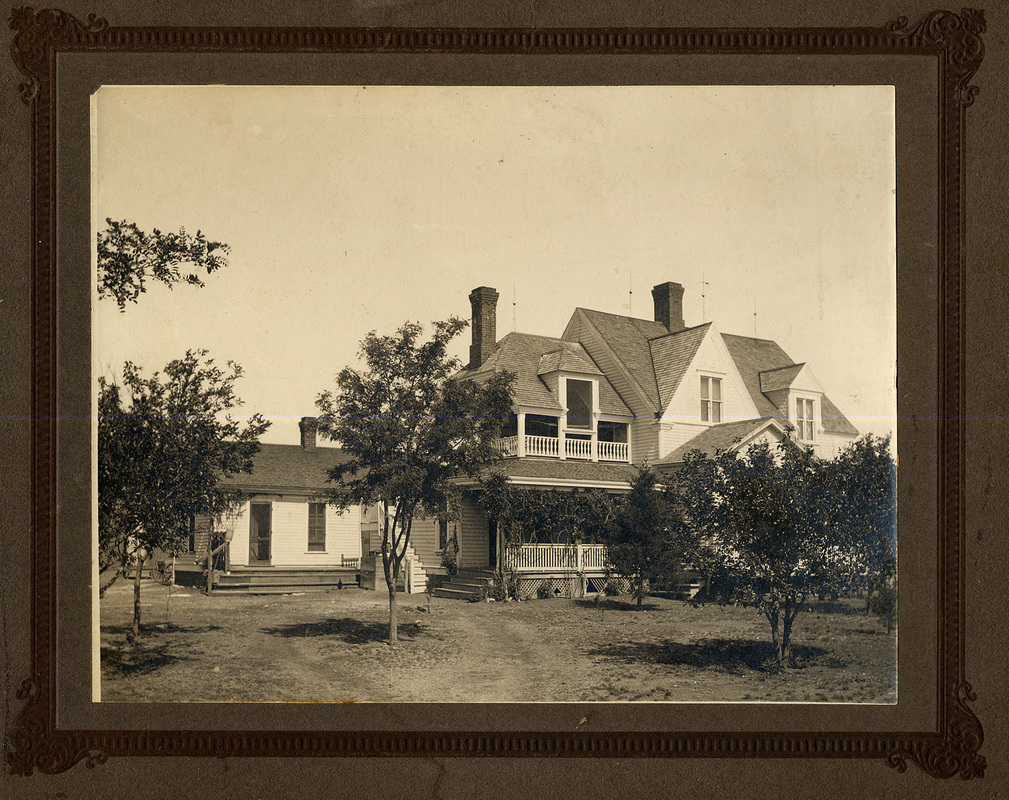 Charles Goodnight: Cowman and Plainsman-click the link below to learn more about this book from the University of Oklahoma Press 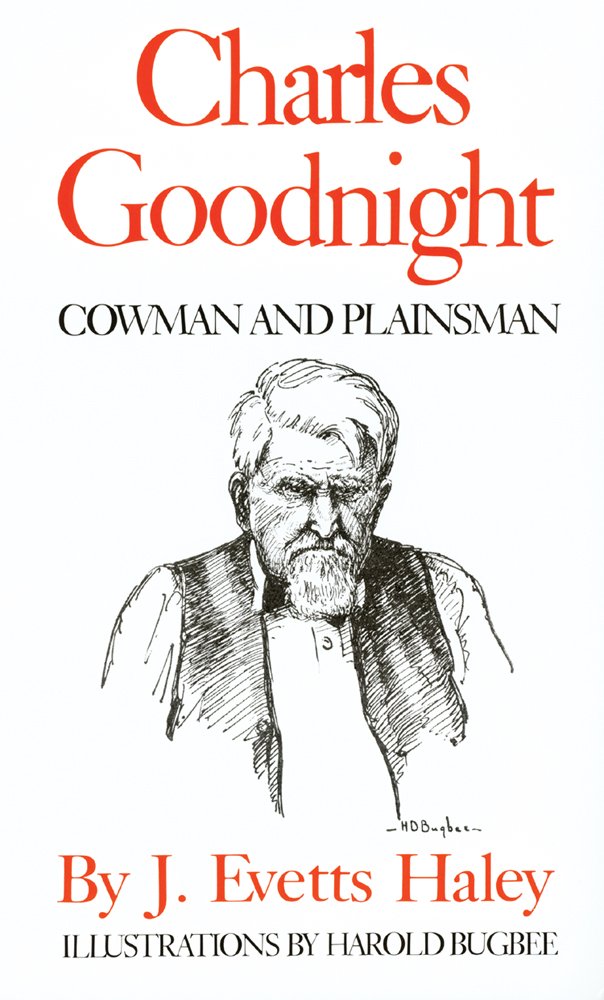 Charles Goodnight established the first permanent cattle raising  operation in the Texas Panhandle, the JA Ranch, in 1876 and today it is the  oldest ranch and the oldest enterprise in the Panhandle. So, Charles Goodnight  can rightfully be called the “Father of the cattle industry in the Texas  Panhandle.” With her husband’s assistance, Mary Ann Goodnight saved a remnant of  the southern herd of bison. Today, the State of Texas owns the descendants of  these animals and cares for them at Caprock Canyon State Park.

In 1887, Goodnight did not renew his contract with Cornelia Adair and established his Goodnight Ranch in Armstrong and Donley counties, where he moved the herd of  bison and later conducted his famous cattalo experiments. Probably in early 1888, colonel and Mrs. Goodnight constructed the home where they resided until the mid-1920’s. Records show that he hired a carpenter for $100 a month to travel to Louisiana to select cypress wood for the house, which became the first  home in the new town of Goodnight, Texas.

During the next four decades, the Goodnight Buffalo Ranch became a  nationally-known destination for scientists as well as tourists and the  Goodnights entertained thousands of people in their home. In 1916, Colonel  Goodnight filmed on the ranch a silent movie, Old Texas, that included several  Comanche Indians chasing and killing a bison cow and butchering it while  thousands of spectators watched.

In 1919, the Goodnights sold the house and ranch with the provision that they could  live there for the rest of their lives, if they wished. Mrs. Goodnight died in  April, 1926. Colonel Goodnight lived in the house until the end of 1926 when he  moved to Clarendon, but many of his and Mary Ann Dyer Goodnight’s possessions  remained in the house when he died in December 1929 and many of these items have  survived in the hands of various family members and institutions.

In 2005, Mr. and Mrs. Brent Caviness and Mr. and Mrs. Marsh Pitman donated the home  and 30 acres of land and an initial investment toward preservation. Since that  time, a $3 million plus campaign has been underway to restore the homestead and  furnishings, build a visitor’s center, and raise an operations endowment.  Realizing that this project has a broad appeal to all Texans, the Texas  Historical Foundation’s Board of Directors chose the Goodnight House Restoration  as their project for the year 2007. The Goodnight House is listed on the  National Register of Historic Places and is designated as an America’s Treasure.

In an article about the Goodnights published about 1931 by the Amarillo Daily News,  Phebe K. Warner, the wife of a Claude physician and a well-known writer, wrote, “We couldn’t  erect a monument to their (Charles and Mary Ann Goodnight’s) memory equal to  their value to our country. But there is one thing we can do. We can preserve  the monument they builded for themselves which would be more honor to us and  more joy to them if they knew about it now. And that would be to preserve their  home and their beloved buffalo for the pleasure of all the people.

“The greatest  desire of their declining years was to know that their home with all its  memories and attractions which they had created around it would be perpetuated  as a living, growing, self-supporting monument, not to themselves alone, but to  the Panhandle pioneer men and women who lived their lives for the development of  the Panhandle. Will the people of the Panhandle forget? Will they  neglect...forsake such a heritage?”